telier Ayesha: The Alchemist of Dusk is a PlayStation 3 exclusive Japanese RPG from GUST. Alchemist of Dusk is the fourteenth title in the Atelier series. However, the story is completely separate and it is not a sequel. It features completely new characters, story and continues on with its deep crafting system that the series is well known for. I personally have not played any of the previous games in the series so I will be judging this game based of what I have experienced. As always I will discuss the presentation of the game, gameplay, trophies and final verdict. 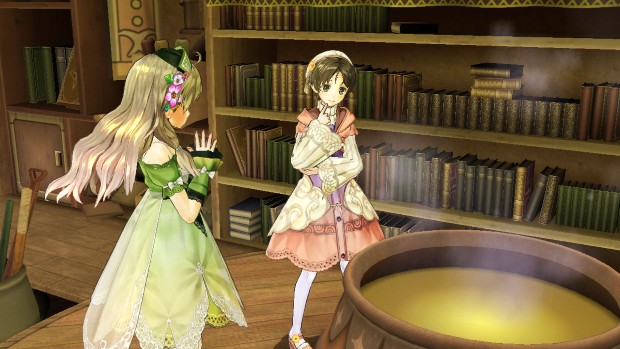 Atelier Ayesha: The Alchemist of Dusk visual art-style is more stylized and somewhat cell-shaded rather than realistic like the Final Fantasy franchise. Despite the game having a unique art-style, the overall visual representation of the game is nice but technical issues get in the way. Low polygon characters, environments and small resolution textures all around make the game look bland, and the game even has frame-rate issues when there is nothing going on screen. It is disappointing because the game could have looked and played more smoothly. The game does not look horrible by any means but the potential is just wasted and that is the unfortunate part.

"The lack of character's personality and the annoying dialogue does not help the game's main plot line."

The music in the game is nice and fitting; sound effects are fine and fits the theme of the game. Voice acting on the other hand can be either a hit or miss; some characters are rather annoying like Ayesha who unfortunately is the main character in the game. Ayesha tends to be way to bubbly and obnoxious and that is fine but the voice acting just makes it annoying to listen to and the game has a lot of dialogue. Characters in general are not that engaging or interesting, as I would like them to be. Since the characters lack personality and overall interest, this makes the story telling experience stale. 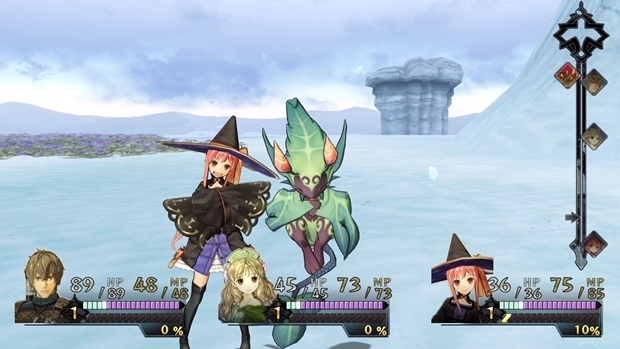 The story in Atelier Ayesha: The Alchemist of Dusk is simple to understand. You play as Ayesha who runs her own personal herbalist’s workshop. Ayesha’s grandfather died and her younger sister Nio disappeared while she was collecting herbs. Ayesha’s main goal is to find out what happened to her sister and to see if she is still alive. This is where the journey begins and she is off adventuring.

Overall, the game’s story is not bad; however, the lack of character’s personality and the annoying dialogue does not help the game’s main plot line and ends up hurting the story-telling experience in the long run.

"Combat proved to be complex enough and interesting. "

Atelier Ayesha: The Alchemist of Dusk actually has an interesting gameplay structure as opposed to most traditional Japanese RPGs. The game is based on “in-game time”. The game time has days, months and years. Collecting herbs in areas throughout the game ticks’ away time, traveling between areas can take anywhere between a day and a week or more depending on how far the location is.

At first, the game’s structure and pace is quite confusing, but after an hours of playing the gameplay grew on me and I actually started to enjoy it. I do not know what it is, but traveling from area to area and collecting materials for crafting and defeating all of the monsters in the zone to complete tasks was addicting. 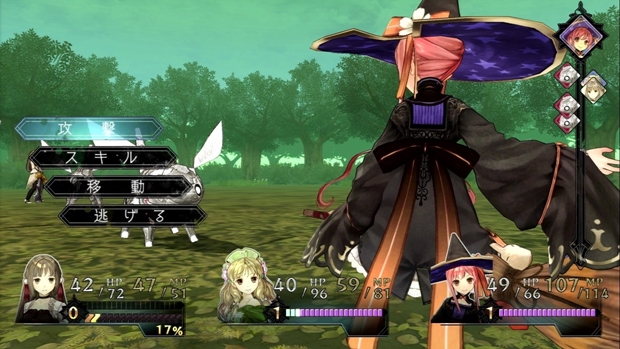 During certain days and months of the year, the game holds events such as contests and other things. Sometimes you can even bump into character events and complete missions for them to gain more loyalty and achieve trophies throughout the game.

The combat in the game is fun. It took me about an hour or so to completely understand how it works. However, in the end combat proved to be complex enough and interesting. Early in the game, you will encounter weak monsters, but later you will have to be prepared for bigger fights and make sure you have enough offensive and defensive items to support you in battle. Thanks to the deep crafting system, the combat becomes even more interesting.

"Thanks to the game's deep crafting system, good combat and addicting gameplay structure this is a game worth playing if you own a PlayStation 3. "

The crafting system in Alchemist of Dusk is very complex and it took many hours to understand. This is both good and bad for the game because it can turn off newcomers to the franchise. However, it is also a good thing because it makes the game more in-depth and interesting. If you ever decide to purchase this game then make sure, you have the patience to read and research how the crafting system works via Wikis or online game guides.

Trophies in Alchemist of Dusk are mostly story related and are unlocked as you play the game. However, the game also has multiple endings, so if you do not want to play the game repeatedly then make sure you make a separate save file before you attempt to end the game.

There are also a-lot of trophies that can be missed, such as winning all the competition events and completing all of the characters side quests that are found throughout the game by doing specific things or having a specific character in your party.

Atelier Ayesha: The Alchemist of Dusk is not a bad game but it has it’s flaws. The biggest ones being the technical issues with the graphics engine. The game does not look amazing and has very simple textures and geometry and yet it has noticeable frame-rate issues that take away from the experience. The annoying English voice acting does not help the story or the overall presentation for the game either.

However, thanks to the game’s deep crafting system, good combat and addicting gameplay structure this is a game worth playing if you own a PlayStation 3. Give this game a rent or buy it if you are looking for a decent Japanese RPG.

Crafting system is deep and complex, combat is fun, music fits the game well, art-style is nice and unique compared to other JRPGs

Frame-rate issues even though the game is not heavy on tech, voice acting makes the characters unappealing and annoying which ends up hurting the story-telling in the long run

Final Verdict:
GOOD
This decent Japanese RPG is worth playing. The gameplay is good and addictive, even though the game has some technical and presentation issues
A copy of this game was provided by Developer/Publisher/Distributor/PR Agency for review purposes. Click here to know more about our Reviews Policy.