Atelier Dusk Trilogy Deluxe Pack Review – Back to Before

These games have never been better.

The last few years have seen Japanese games become more and more popular in the west, leading to formerly niche franchises such as Persona, Xenoblade, or Monster Hunter breaking out in the west and pulling great numbers. Also a part of this resurgence of Japanese games in the west have been the smaller, mid-tier Japanese games – titles that aren’t the big, flagship system selling stuff, but very consistently great games in long running franchises that have finally managed to find an audience in the west.

No “small” Japanese franchise has benefited as much from this growing acceptance of off-beat Japanese fare than Koei Tecmo and Gust’s Atelier series, perhaps. The games, which are slice of life JRPGs with smaller scale premises diverging from the typical save the world fare the genre contends with, have always had an audience, even in the west, but with the Switch and the PS4, that audience seems to be bigger than it ever has been before.

All of which is to say, games such as the recent (and really good) Atelier Ryza have done a lot to expand the series’ profile and footprint in the west. Which means that now is perhaps the best time for Tecmo to go back and dig out some of the older games in the series that predate its newfound popularity – especially since those games are widely regarded as among the best in the franchise.

Such is the case with the Atelier Dusk series, which is arguably the most beloved batch of games this series has turned out yet. The games are remastered with enhanced graphics and feature minor QOL improvements. 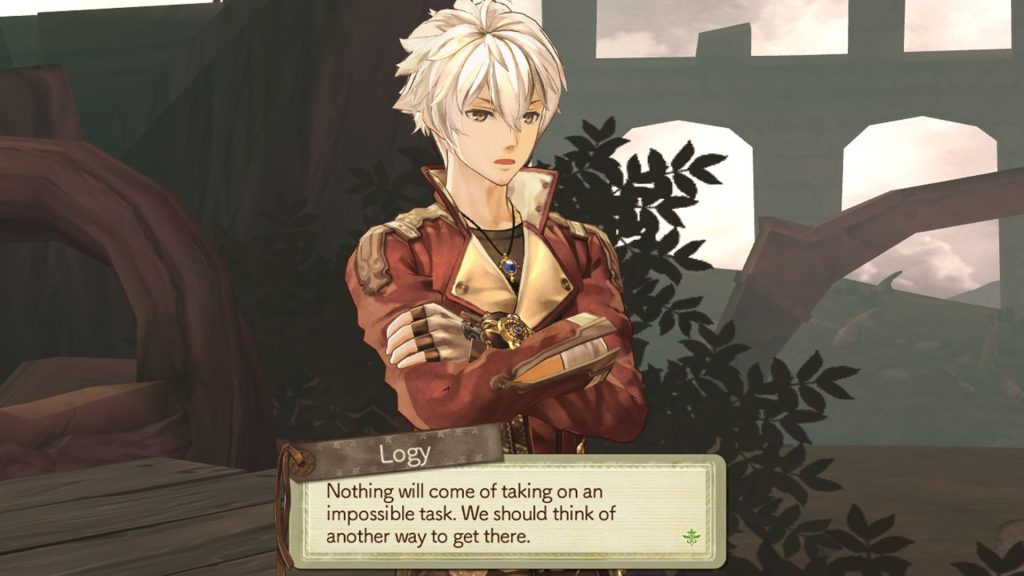 "This darker flavor is one of the reasons these games are loved as much as they are, but make no mistake – it’s still Atelier, so it’s still light-hearted and charming and breezy, and the kind of thing that works so well as something to wind down with at the end of a long day."

You can technically get each of these games individually, but eventually, the overarching arc across these games means you’re best off by actually playing all of them – especially given that the story in these games is actually more substantive than is usually the case with the series, with the games set in a world where water is drying, famine is impending, and loss of loved ones is commonplace. This darker flavor is one of the reasons these games are loved as much as they are, but make no mistake – it’s still Atelier, so it’s still light-hearted and charming and breezy, and the kind of thing that works so well as something to wind down with at the end of a long day.

Atelier Escha and Logy is the rare game in the series that has a male protagonist (Logy) to go along with its female one (Escha), and you can even choose which one to play as. This game fleshes out the backdrop of these games’ universe more, slowly revealing a civilization in decline as its young heroes try their best to help everyone the best they can. Atelier Shallie also features two protagonists and is arguably the darkest story in the series, with time desperately running out for the world and the people within it – though, again, the wide-eyed optimism of its young leads means that the game never gets anything close to oppressive.

All are great games that have held up remarkably well (though the battle and alchemy systems do feel a bit simple next to the more nuanced mechanics introduced by the recent Atelier Ryza). You can also see each game trying its hand at different things, with the protagonist having a strict time limit of three years for you to work against, Escha and Logy providing different endings based on what protagonist you choose, and Shallie actually not having a time limit at all, leading to a very free-form style of play.

Actual battles are very simple turn based affairs, while alchemy is a matter of having the right items, the right kinds of items, in the right quantities, and having the right recipes. The simplistic bent of the gameplay is to the game’s credit, as it further lends credence to these just being really cozy and homely games you can unwind with. The whole structure of the games, which gives you objectives to work towards, but keeps things low-stakes, is exceptionally well-suited to that kind of play as well. 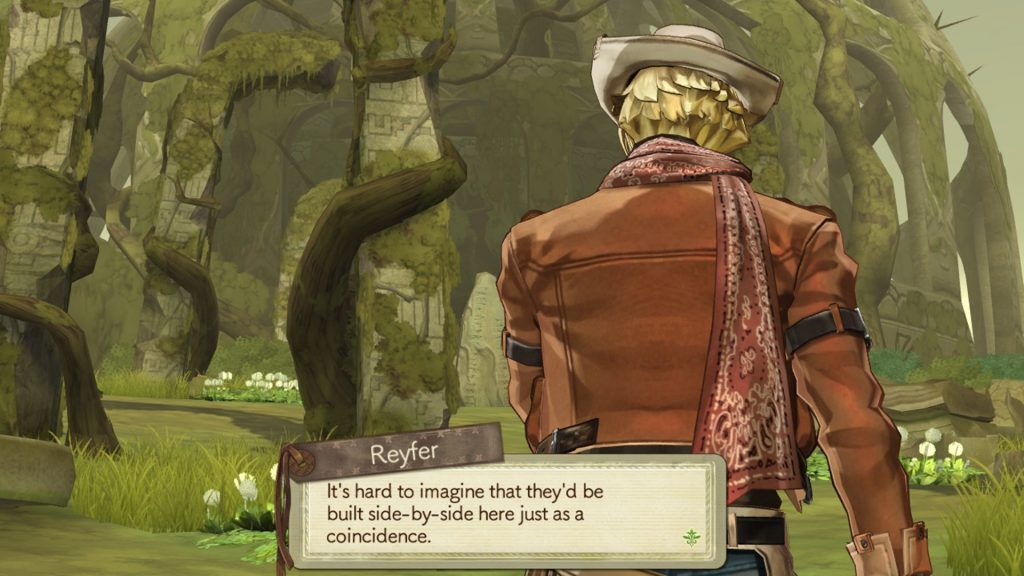 "Their simpler mechanics, stronger emphasis on a narrative throughline, and things such as actual English voice acting (which later games in the series stopped doing) all help making them feel more approachable."

In a sense, these games are probably the best for newcomers to jump in with. This isn’t a knock against something like Atelier Ryza, which to be frank is the better game in all regards – it’s just that with their simpler mechanics, stronger emphasis on a narrative throughline, and things such as actual English voice acting (which later games in the series stopped doing) all help making them feel more approachable.

Flaws with the package, such as they are, are more down to this collection being so overwhelmingly faithful to the original games. There’s not much here to induce existing fans to spend money on these games again (short of the promise of being able to play them on your PS4 or Switch, I suppose), and the games do look graphically extremely simple.

But even existing fans, especially ones who haven’t played these games in a while, will probably appreciate being able to play these games again – and it helps you can pick and choose which ones you want rather than having to buy the whole set too. Others, especially those who have never really played these games before, are in for a treat as, in spite of the existence of far better follow-ups, the Atelier Dusk games remains perhaps the best entry point into this long running, charming JRPG series.

Mechanically less involved than newer games; Simple graphics that can stick out on bigger screens.

Though fans who have played these already may find the investment hard to justify, the Atelier Dusk games present probably the single best entry point for newcomers to the series currently.