We take Eutechnyx’s driving sim for a spin with the Auto Club Revolution open beta.

Eutechnyx took their free to play racing sim Auto Club Revolution into open beta at the end of last month and, having had some time cruising around ACR’s bounty, we felt the word was worth spreading on the most realistic F2P racer out there. Featuring over fifty officially licensed cars and a large variety of real world tracks, ACR is the most realistic dose of racing satisfaction currently available online.

The most striking first impression of ACR is its format, coming in the form of a browser led menu system. All your lobbies, car customisation, leaderboards and store purchases are handled in your web browser. With so much information on hand, the system holds up surprisingly well. Everything is tabbed and categorised away to keep it organised, yet all necessary options and information are present without having to dig behind a slew of menus. 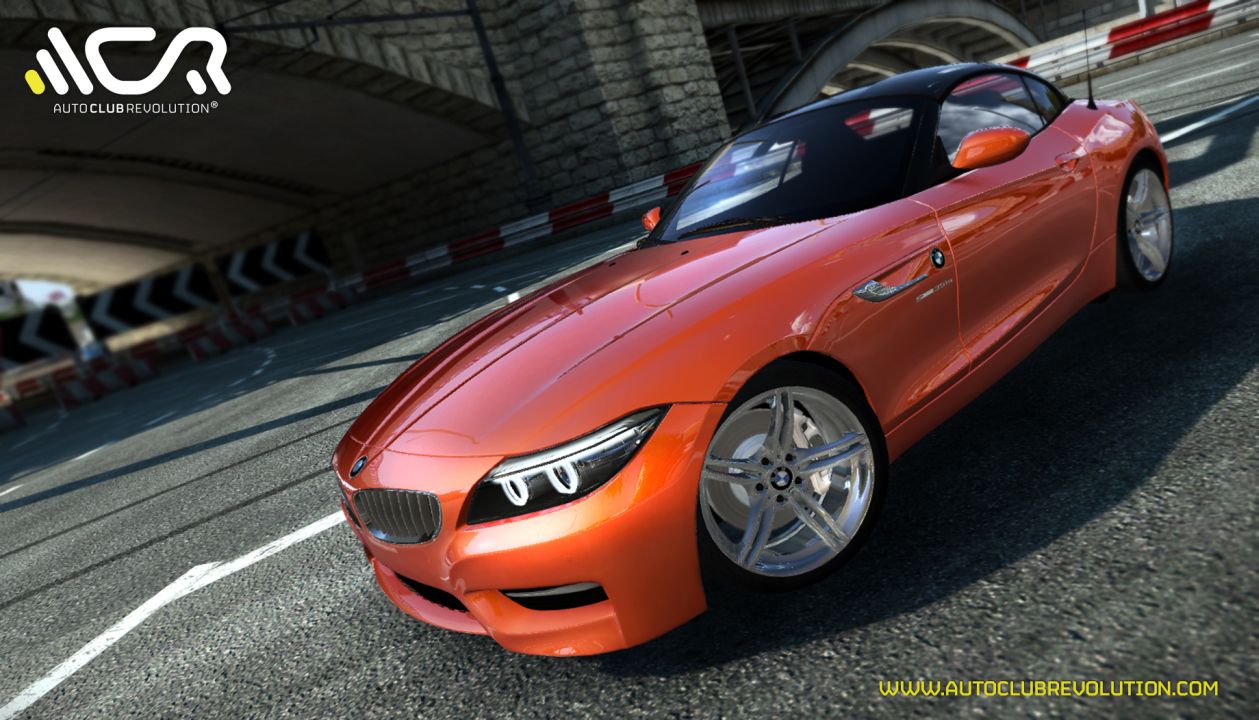 In order to get a proper race experience though, the actual gameplay takes place in a separate race app users must download. Once the race is over, you’re returned to the browser menus once more. This kind of dual app gameplay may seem gratuitous to some, but it does make for a much smoother racing experience. The race app does a great job when it comes to the visuals, looking crisp on higher settings. Though the graphics get a boost from the race app, the jump between browser and program can take some time. Races can take a while to load as a result, a wait that is emphasised if the servers aren’t playing nice on a given day.

That said, once you’re in a race, the extra load time is often worth it. The physics, weight and realism add up to a satisfying driving experience, one where true skill and judgement is demanded of the player. New players aren’t going to be totally turned away by the challenge of the basic driving mechanics though, as a variety of driver assistance is available (unless you access a server that specifically turns them off). From automatic breaking to traction aids, assists culminate in the form of a driving line shown in the hud to help newcomers better anticipate sharp corners. It helps expand the appeal of the game, but without ever being overly patronising or limiting player agency. 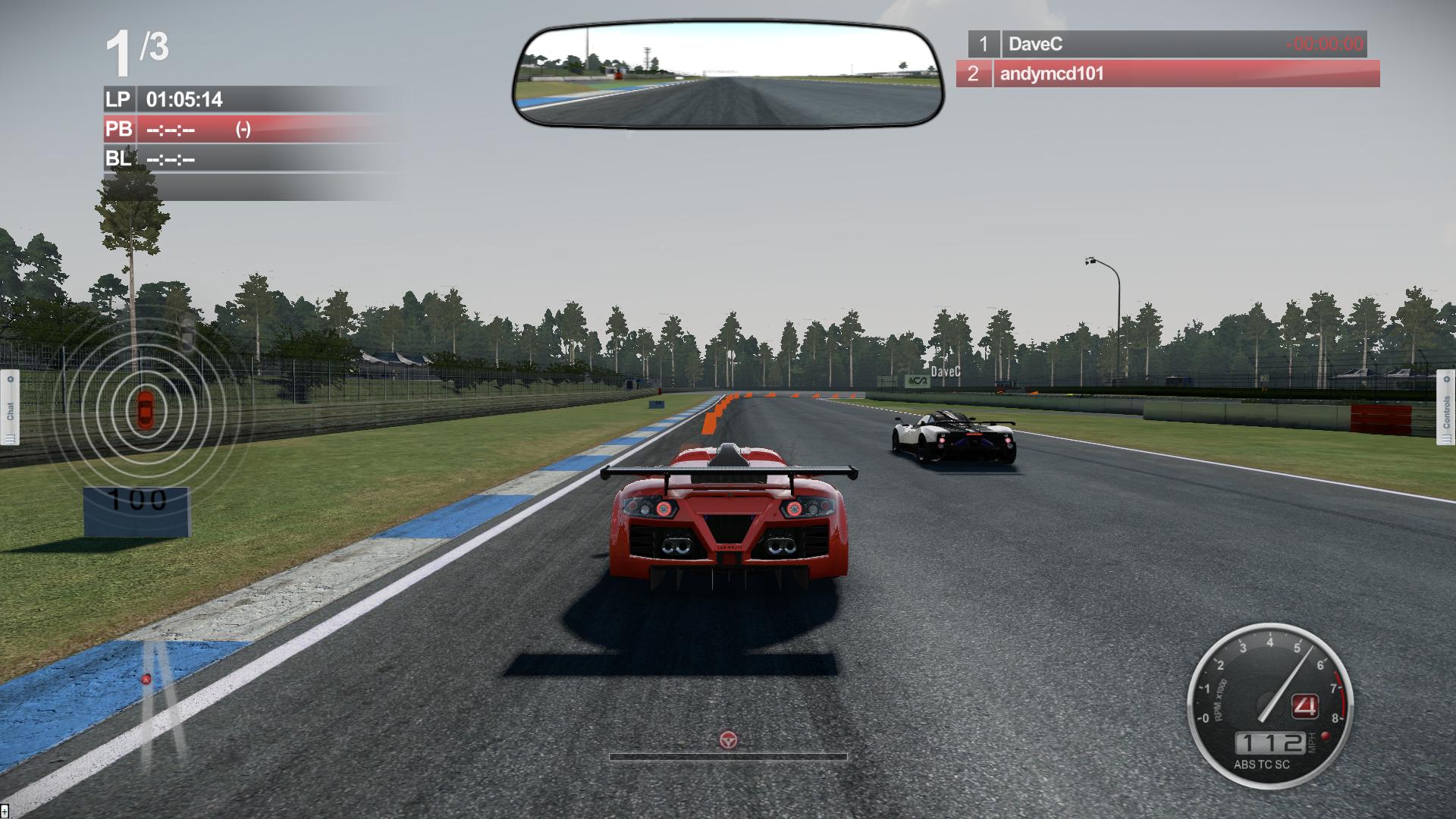 What may intimidate newcomers is the sheer amount of real world cars and tracks on offer. I’m not exactly the most clued up when it comes to cars and the like, but even I recognise some of the bigger names in here. There are already a huge amount of vehicles, with more being added by the ever vigilant Eutechnyx team each week. Vehicles are divided up into classes to help you build up your collection slowly, and you can only get access to higher class vehicles as you level up over your racing career. To help you in this endeavour, every vehicle has a set of challenges that award you with exp and in-game credits, further bolstered by a recurring daily challenge. It becomes quite addictive just pursuing these, though they are often quite easily won.

All cars are given a VPR (vehicle performance rating) based on their stats, and you can boost a vehicle’s VPR through a variety of upgrades. The lower class cars will have a max VPR you can reach of course, but the amount of customisation is impressive, and the fact that all the upgrade parts are also fully licensed is yet another feather in Auto Club Revolution’s cap. The game also does a good job of warning you if you’re upgrades are going to seriously imbalance the car’s performance, though there were times where, in my total lack of automobile knowledge, I was still easily able to damage my car’s traction through gratuitous engine upgrades. The warnings are noob friendly, but clearly not that noob friendly. 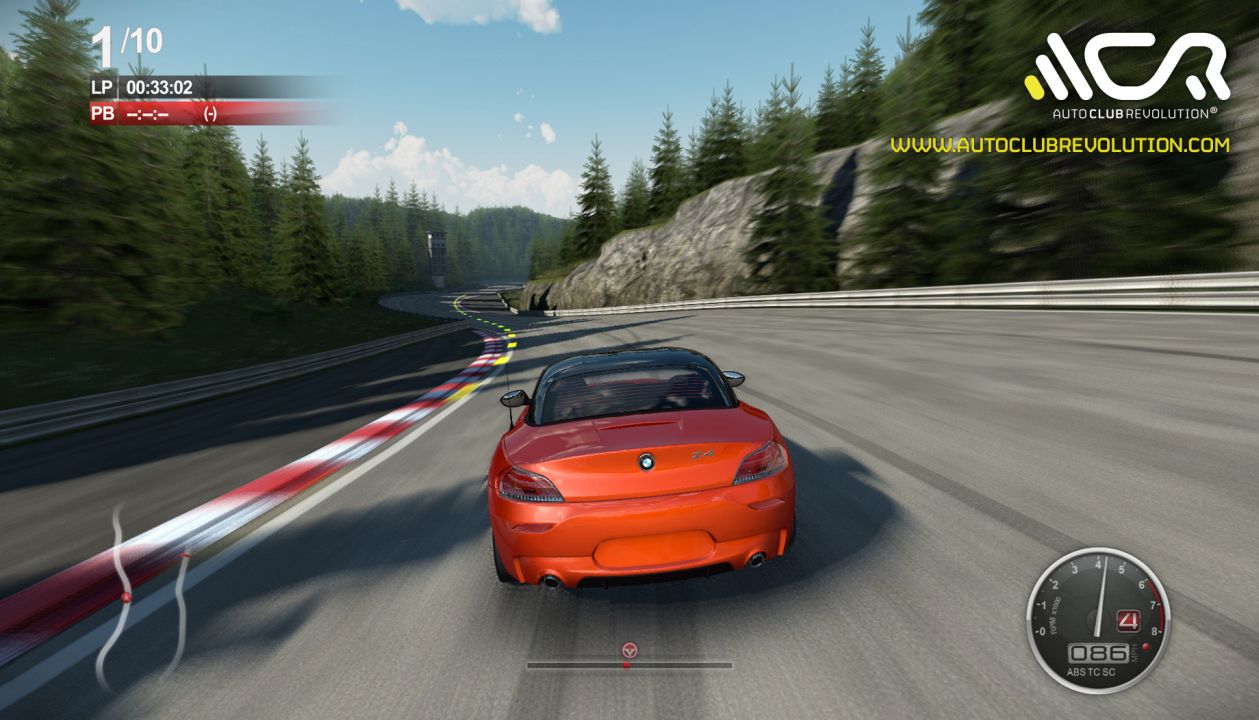 Alongside the vehicle upgrades are a plethora of other cosmetic alterations you can make for each vehicle. The variation is staggering, with even more additions promised in the future. All these extras can be costly, but you have the option of paying for most items using either in-game credits or real world currency converted into ACR’s E-bucks. In a preview demonstration we were kindly given, Eutechnyx senior marketing manager Dan Robinson assured us that it isn’t a pay to win situation with regards to purchasing better cars and parts. Naturally though, as with all titles that use micro-transaction models, trying to buy some of the pricier cars with credits alone would be hugely tedious, especially when you only earn a meagre few hundred credits for each race.

Where credits become more forthcoming is when you get involved in an auto club. Working like guild systems you see in other MMO titles, auto clubs offer you a new range of activities to complete with others and, with a shared exp pool all club members contribute to, you can also level up your club to get new social options and features. These social systems are fairly robust and, with recommended friends popping up on the ACR home menu, it’s definitely a game that promotes the social side of racing. You can also communicate with the huge hangout lobbies you launch games from, further promoting community interaction. 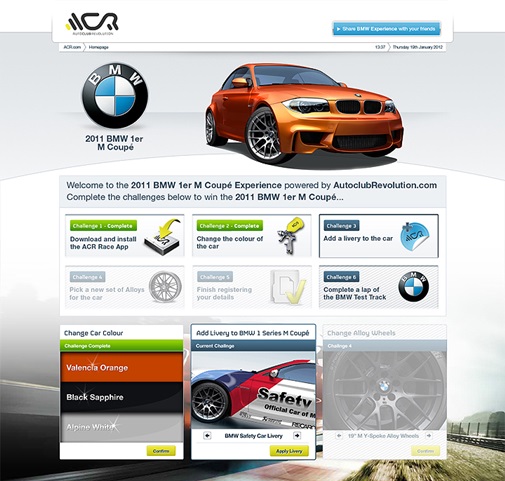 The netcode itself seem solid, with games rarely suffering from any kind of lag. An issue can occur though regarding actually joining games. On a fair few times online matches just failed to load me in, resulting in a long loading screen followed by a “did not finish” result. It was frustrating just how many times this happened, but it’s a glitch that will hopefully be resolved before ACR comes out of beta.

It’s great to see a realistic racing title take the free to play business model with such gusto. The sheer variety of cars is likely to make motor fans dribble with anticipation and the online matches remain balanced by the robust matchmaking achieved through vehicle VPR ratings. There are of course a few glitches still in the beta that will hopefully get worked out, along with a host of features merely marked as “coming soon.” That said, with its solid racing engine, wide support support for various controllers and wheels and huge amount of free content, ACR may well turn the PC into the new home of the racing simulator.

For more about the game, you can visit the official website over here.