The spy is a crafty Frenchman who appears in many of the game’s levels. He can disguise himself as any enemy soldier or officer, and once disguised, can command soldiers beneath him to do certain things. Beware though, higher ranking soldiers will be able to see through his disguise. He isn’t much of a fighter though, so try to let someone else do the shooting.

The thief also crops up in quite a few missions, and has his own niche. He can climb walls and carries a lockpick for getting inside safes and other locked areas. He is also very quick, even while crawling, so use him to run up to an enemy quickly, knock him out, and steal his clothes and weapons.

This is one Irishman you don’t want to mess with. He really is a jack of all trades, with the ability to operate heavy weapons, and carry them around with him. He also carries a decoy beacon which emits a loud noise to distract enemies, and can be placed anywhere in the map, and used as many times as you like. He can also drive vehicles, which becomes a useful asset in one mission…road rage…

The sniper is extremely specialized, the only agent with the ability to use the dreaded sniper rifle. It has the longest range in the game, allowing you to pick off enemy units before they even know you’re there.

The diver only appears in one mission, which is a real shame, as e is the only unit with the ability to use throwing knives. Modern Warfare, anyone? Naturally, he can also swim deep down, and carries bolt cutters for those nasty underwater fences.

The sapper is a little like the Green Beret, but instead of heavy MG’s, this guy gets off on big explosions. He only pops up a few times, but his rocket launchers and sticks of TNT are a necessity to make a handy distraction- or start all-out war. 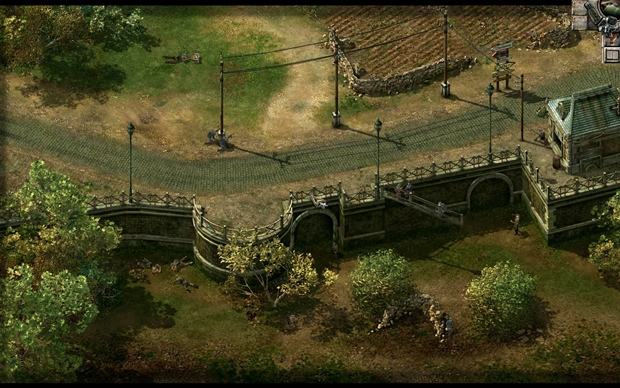 Destination Berlin also has something that modern games lack. Difficulty. What game in recent memory really, really challenged you? I play an awful lot of games, and I can’t think of a single one outside of Demon’s Souls that made me take a step back and rethink my tactics. So while Commandos might only have less than a dozen levels, each one will surely take many hours to complete

Anyway, that’s enough of me rambling on about one of my favorite games. What are you guys waiting for? Commandos 3: Destination Berlin can be had for less than £5!