The game is set to be published by Rocksteady Studios parent company, Warner Brothers Interactive Entertainment. Batman: Arkham Knight, which will be running on the Unreal Engine 3, is poised to be the fourth game in the main series and is the newest entry in regards to both time of release and chronological order. The game was slated to launch worldwide on October 14th of 2014 but has since been pushed back to an unspecific 2015, the title will still be launching on Microsoft Windows, Xbox One and PlayStation 4.

This entry into the award winning and critically acclaimed Batman: Arkham series will see the return of the series creators, RockSteady Studios as the developers with the previous Batman title (origins) having been developed by Warner Bros. Games Montreal (Batman: Arkham Origins was created to fill the three year gap that would have been left between Arkham City and Arkham Knight). A development decision was made early in the conceptual stages that the latest venture into Arkham would be developed exclusively for the current 8th generation of games consoles (controversially excluding the Wii U), reasoning that it would allow them to better exercise their plans for the game without having to restrict features and gameplay elements because of older, fundamentally weaker systems. A feature that won’t be returning to the game is the Multiplayer, not because some fans felt that it was tacked on, but because the vision for the game was one of a single player experience, RockSteady Studios game director Sefton Hill has stated that this is a single-player game and there will be no multiplayer.

The decision to forgo multiplayer and focus on a current generation, single player exclusive game has resulted in the games development cycle yielding many interesting results. Unlike the previous games cutscenes which where pre rendered, Batman: Arkham Knight will have it’s cinematics rendered in-engine. The game will feature much denser crowds of enemies, ranging from five times those visible in Batman: Arkham City, to riots consisting of up to 50 individual combatants. Environments are now more dynamic, items in the game world can be destroyed by enemies or during combat, some thugs even spray graffiti.

Batman: Arkham Knight will also make use of Nvidia APEX technology to render cloth (such as Batmans cape) in a more realistic way, meaning it (and other effected objects) will interact with outside forces (wind, movement) much more realistically. The most likely APEX modules to be used (based on available screenshots and speculation at time of writing) are, APEX Destruction, APEX Clothing, APEX Particles and APEX Turbulence.

The acclaimed and much loved voice actor, Kevin Conroy (Batman: The Animated Series), will be reprising his role after stepping down from Batman: Arkham Origins. This was partially revealed at Dallas Comic Con in 2013 when he said that he had been working on “the next Arkhm”. 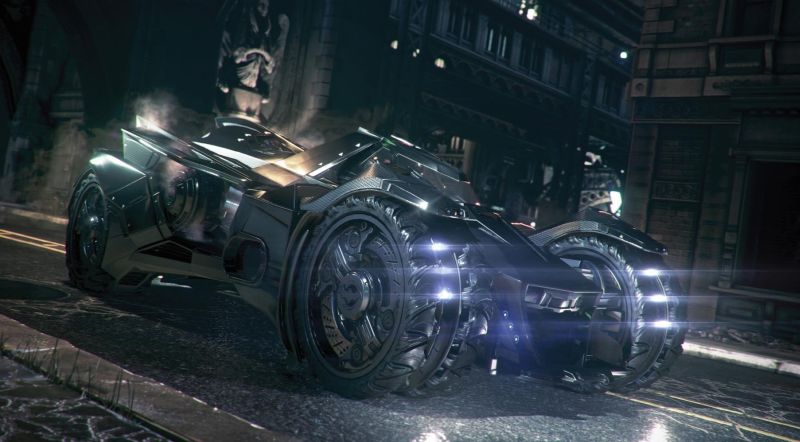 A common feature that will be returning is Batmans use of Gadgets to outfight and outmanoeuvre his foes. Ranging from the classic “Batarang” throwing weapon to the Detective vision visor located inside Batmans cowl. A few gameplay tweaks will result in an improved countering system to allow the player to tackle the greater masses of enemies. The cape which enables limited flight has been tweaked to allow for longer periods of gliding and steeper dives which can be used to gain both speed and height (as well as being used to power an area of effect attack in previous games that is expected to return).

One change made during the early stages of development was the decision to remove the fast travel system from the game in its entirety, with Rocksteady Studios reasoning that traversing the city is a part of the gameplay experience and that removing it would detract from the games appeal. When development began, an early build of the Batmobile (Batmans signature vehicle) was placed in the streets of the city but the streets proved to be too small and clustered to allow the vehicle to operate properly and that this made driving a counter intuitive means of navigation.

Thus, the streets of Gotham have been broadened to allow for improved vehicle usability, this change also allowed for the new masses of enemies to be manoeuvre, making combat a more dynamic and involving affair. Alongside the width of streets being altered, buildings have been increased in height giving the entire city a much grander sense of verticality which works well with the Batmobiles new eject function. 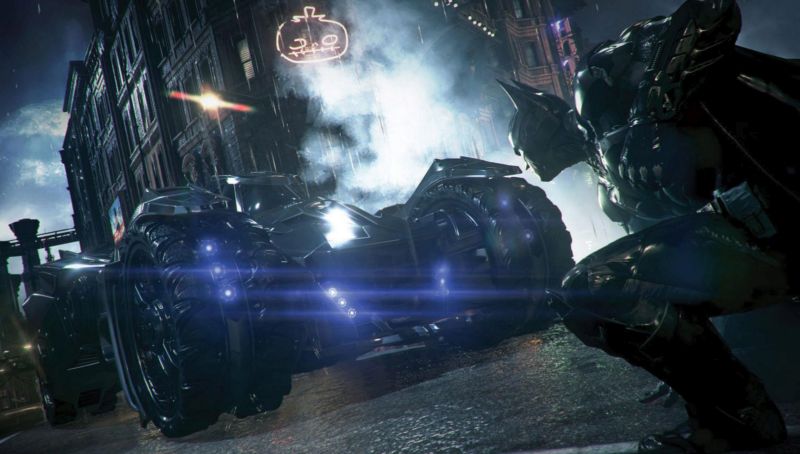 The events of Batman: Arkham Knight take place approximately a year after Batman: Arkham City. With the death of the Joker, who succumbed to his illness and injuries, Bamtan struggles with the absence of his long standing foe who often served as a driving force in his personal war on crime and can’t fully come to terms with it. Without the Joker terrorizing the people of Gotham, they have grown complacent, feeling safe in a city that has seen a drastic decrease in crime. This grants his remaining enemies the chance to unite against him with Harely Quinn holding a personal grudge, mourning the loss of her lover.

One of Batmans long standing foes, The Scarecrow, returns to the city making and issues a threat to the city as a whole. He threatens the entire populace with his newly developed toxins and hidden bombs. This forces the people of Gotham City to be evacuated, leaving the streets teeming with thugs and Batman holding his vigilante vigil. 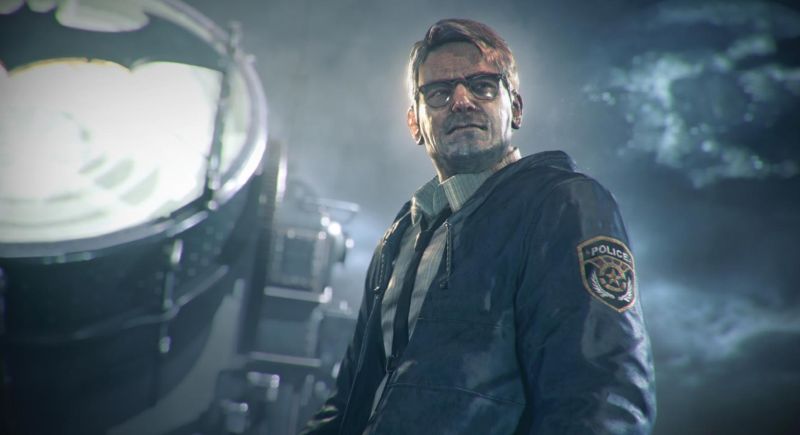 Beneath is a list of confirmed characters for Batman Arkham Knight:

Bruce Wayne/Batman – Batman returns as the player protagonist in his war against the criminals of Gotham City.

Oracle – Barbara Gordon is the daughter of the police commissioner and acts as a sort of outside contact for Batman, she’s been known to aid him on many occasions.

Scarecrow – Scarecrow makes his return as a masked mad man of fierce intellect with a particular skill for character manipulation and the development of potent poisons and neurotoxins.

Harley Quinn – Harley Quinn, formerly known as Dr. Harleen Frances Quinzel, was once a psychiatrist who grew to have an obsession with her patient, the Joker. Her obsession grew so great that she believed herself to be in love with him. Harley now holds a particularly volatile grudge against Batman, blaming him for the death of her lover.

The Penguin – Oswald Chesterfield Cobblepot, also known as the Penguin is a cruel and sadistic crime lord and businessman. He runs one of (if not the largest) black market in Gotham and is often responsible for arming the thugs on the streets.

Two Face – Harvey Dent, also known as Two Face was once a figure for the future of Gotham, expected to usher in an age of prosperity and growth for the city. Two Face is a potent force often best avoided as even his closest companions can’t always predict his plans, this is due to most of his decision making being determined by a 50/50 coin toss.

The Riddler – Edward Nashton, also known as The Riddler is another one of Batmans foes that’s blessed and cursed with a powerful mind that he turned towards dark deeds. His intelligence drives him towards trying to fulfil his egotistical tendencies, he seeks to have his intellect recognized and often uses crimes as a means to prove his intellectual might.