Made by Warner Bros Montreal. 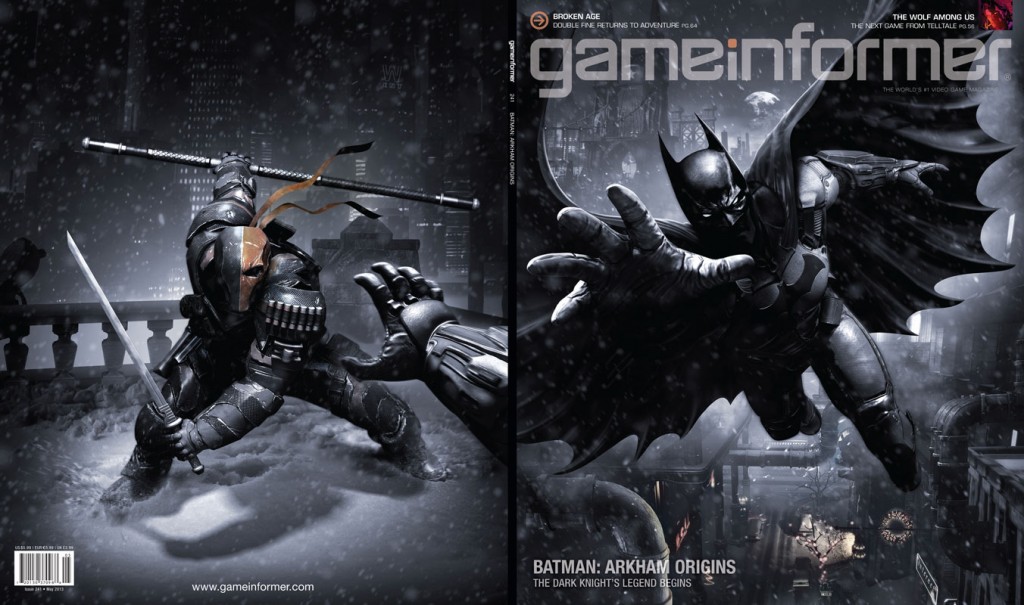 Warner Bros. has officially confirmed Batman: Arkham Origins and we have the GameInformer cover for it as well. The game will be released on October 25th for the PS3, Xbox 360, Wii U and PC.

It’s an origin story so you will be able to play as a younger Batman and most of the iconic characters will be there.

There’s also a spinoff game called Batman: Arkham Origins Blackgate for the 3DS and Vita. The games will be developed by WB Montreal and not Rocksteady as the previous two games were developed by the latter.

The handheld game is developed by Armature Studios who were former Metroid Prime devs. It’s said to be a 2.5-D Metroid-style exploration action game. This game sounds really cool and the 2.5D direction is the right choice because most console 3D ports never work well on handhelds.

They have also released a trailer courtesy of GameInformer which you can check out below.