Battlefield 3: The Case Of The Dinosaur 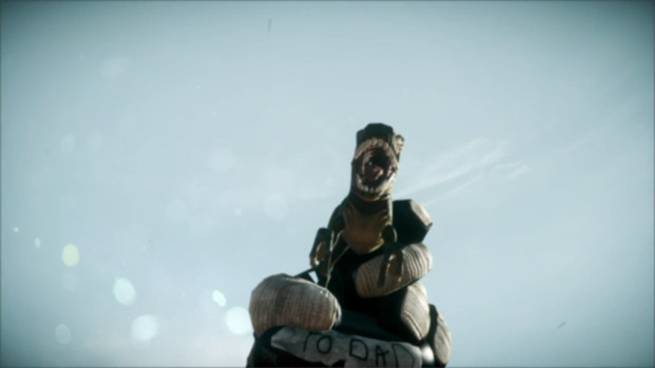 The Battlefield 3 demonstration was one of the highlights of E3 2011. It goes without saying that DICE perhaps had the best game on the show. But did you guys ever wondered why the demonstration began with a puppet of a Dinosaur?

Check the dinosaur in action at 0:15

Many people would have dismissed it by saying: “Its just a doll…why look in to it so much?” The fact is that there is some story behind that dinosaur. A while back, someone claiming to be representing Activision posted on 4Chan forums, asking the community why they hate Modern Warfare and what needs to be done so that they can love the franchise. The community responded that ‘lack of dinosaurs’  was the hilarious reason why they never dig the game. 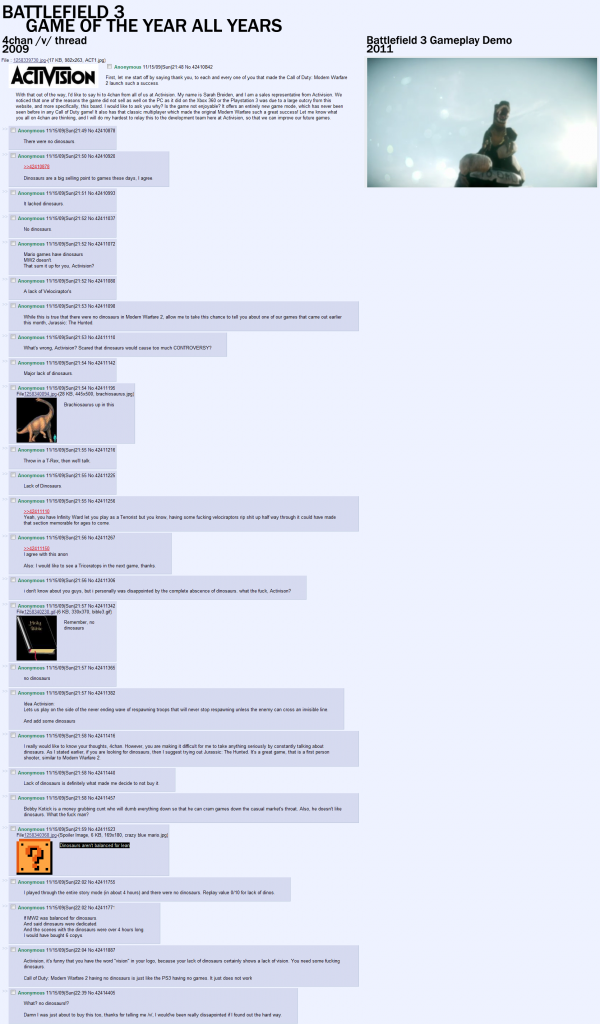 After the E3 demo was done with. Battlefield 3’s gameplay designer Gustav Halling tweeted the following:

Did you notice the dinosaur in our E3 #Bf3 demo? =) http://i.imgur.com/xkvwS.png #just4fun

So there you go! DICE just jokingly mocked Activision. So dont you agree that everthing in this world has a reason behind it?

Stay tuned to GamingBolt for more news and updates!

***Thanks to our avid reader Rich for pointing this out.