Beyond Good & Evil HD is an action-adventure game that is quite impressive in its creativity, bound to draw you in to it the moment you start playing.  The game was originally released in 2003 for the Game Cube, Playstation 2, the original Xbox and even for the PC.  At that time of its release, I feel the game was ahead of its time at that point.  I am reminded of that after playing the fully HD remastered version of the game for the Xbox Live Arcade.  There is so much to do in Beyond Good & Evil HD as well as being very innovative, that for 800 Microsoft Points, the game is a steal on the Xbox Marketplace, not to mention that any fan of the original should be happy to see it re-done in full HD.  Ubisoft published and developed the original game as well as the remastered one in HD for Xbox Live and it seems that it might play a role in talks of a full fledged sequel to the game.  This remastered version will see some light on the Playstation Network on Playstation 3 later this year but too. 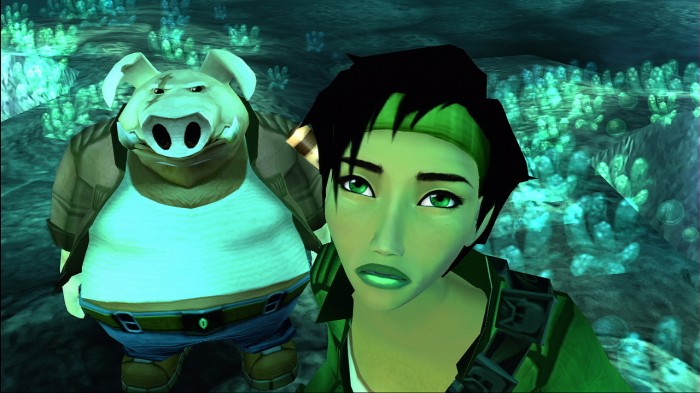 Don’t be fooled by those eyes, Jade is one tough girl.

The game is fully re-done to the point where it actually looks like a fantastically made arcade game graphics wise, with it looking like it takes advantage of what you can get graphically out of an arcade game weighing in at around one and half gig. With it’s improved character models, textures, online leaderboards based on completion, and soundtrack, the game seems polished to the ‘T’ all in HD.  This is something that impressed me a lot compared to some other arcade games that are re-released, whether they are remastered or not.  The game runs at a good frame rate with no issues and no awkward texture pop in or pop out that are hard to avoid in any game.  Even the soundtrack is up to par with its quality being great at times, I have to say the music was some of the strangest I have ever heard. This is something I didn’t know whether to laugh at or give it to Ubisoft for adding something unique to a game that has that sci-fi element to it that is deserving of such music.  The range of the soundtrack is huge as well, as you can go from a reggae like song on an island inhabited by Rhino-people, to a traditional fighting sequence theme, to a more serious toned score going along with the story.

The story of Beyond Good & Evil takes place in the year 2435, as you play the role of ‘Jade’ who is an investigative reporter who just happens to be a master of martial arts as well.  You eventually join a resistance group as you see the disappearance of people becoming common and it becomes your goal to uncover an alien conspiracy.  Jade is a human female character unlike much of the rest of the population in the game.  It seems that around half of the population is human while the other half animal people ranging from Pigs to Rhinos to other animals I just can’t quite figure out.  The game is kind of like Star Wars meets the World of Fable games.  You always have an AI partner with you at all times for the most part, with your most significant Pig Person friend and uncle named “Pey’j” who pretty much raised young Jade.  You will at times need your AI partner too advance in the game while they have their own special abilities that will help you out.  They even have health bars just like yourself that you can replenish by giving ‘Starkos'(food) or other things as well as healing yourself in the same manner. 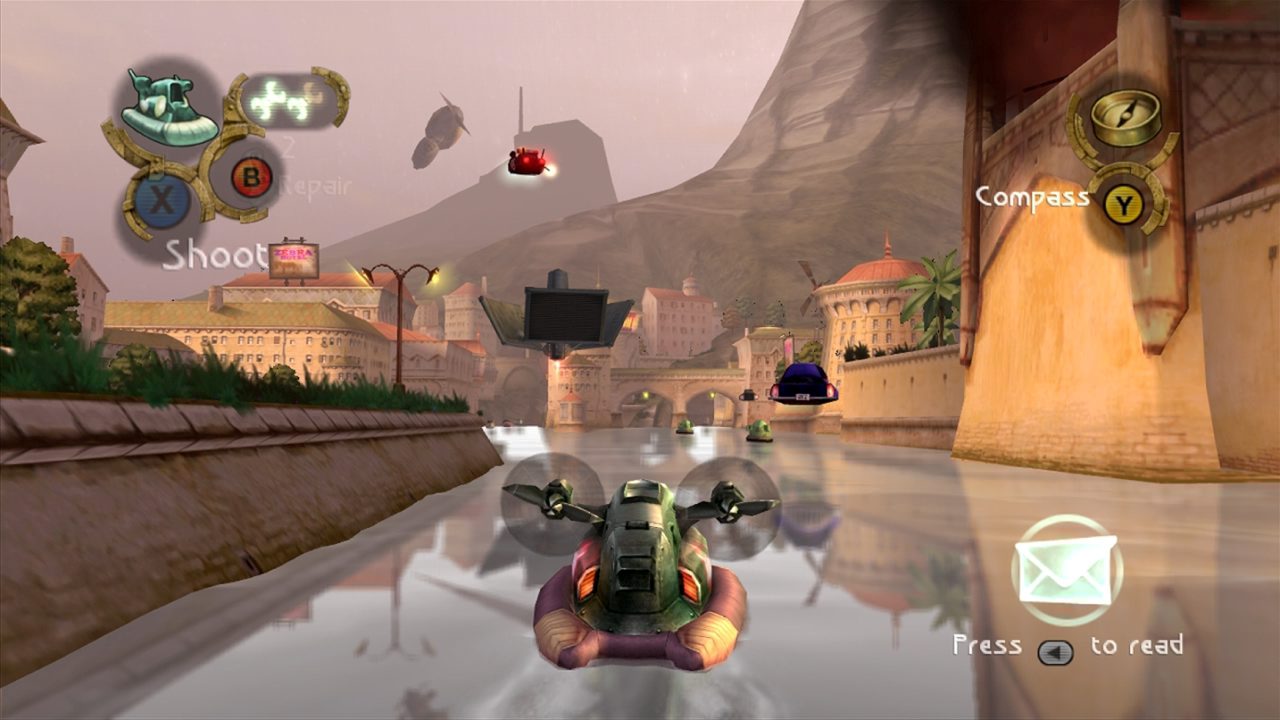 Hover on sea and land.

As you travel from island to island using your hovercraft which is equipped with guns and fully upgradable, you can talk to pretty much any one you see.  That will bring up a dialogue box with questions you can ask them but usually is just small talk where a few conversations take part in your main quest, which almost brings an RPG element to the game.  Along with your AI buddy, you have your staff and your trusty camera, which has two purposes.  One is that you are working as a freelance worker for the Science Center and you are paid as you take pictures of undiscovered organic species.  Once a roll of film has been filled with these you are paid for each picture as well as an extra reward for a full role of eight pictures with things like a pearl or a longer scope on your camera.  You also must take pictures to expose the truth behind government Alpha Sections and the aliens called the DomZ in a conspiracy that you have to uncover.

There is so much to do the world of Beyond Good & Evil HD, with there being a cash system, there are also pearls that are used as currency on the black market.  For instance you can only use pearls to upgrade your hovercraft, not cash.  To obtain pearls, you must usually do a main mission, side quest, simple puzzle or just find one.  With there being 88 pearls obtainable in the game you can imagine all the things you can do.  You can gamble playing different mini-games, choose race with your hovercraft while boost capsule can be bought at certain places.  The inventory system is as easy as pressing right on the d-pad until you have what you want shown on screen and then just press the ‘B’ button to restore health or equip something.  You will acquire M-Disks that contain information about missions and can view by inserting them at any M-Disk consoles often seen while your first M-Disk is your save disk, so M-Disk consoles are also save points. 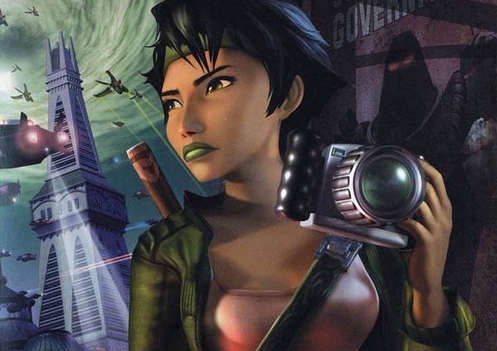 Jade is on a mission to uncover a conspiracy.

The whole concept of Beyond Good & Evil comes from the mind of Michel Ancel, creator of the Rayman games and has made the game one of those classic adventures that you never want to end. Between its stunning exotic places and innovative puzzles, in addition to a unique combat system that feels far from a ‘hack n slash’, Beyond Good & Evil is a lot of fun. You can rush through the game but it is one of those titles you want to discover everything about, finding every hidden thing which could take anywhere from 12 to 15 hours or so.  Believe it or not Beyond Good & Evil was originally planned to be a trilogy and that might just happen with a sequel in the works for next gen consoles, coming from the same mind that brought the original.  So I would definitely recommend this game as there is no telling where the story might take us in the next game you wouldn’t want to miss anything from this great adventure that is only 800 Microsoft Points.

A great remastered game for a low price of 800 Microsoft Points, including leaderboards based on completion. The sci-fi story makes the game a classic with all the mechanics being user friendly.

There is not a lot of bad things about this game I can say other than the fact you can rush through it if you want beating it a couple of days.

Beyond Good & Evil is a fun sci-fi/action/adventure that could become an instant classic in your collection. Innovative aspects of the game really make it stand out especially since this is a game that what originally released in 2003.