2K’s next game Bioshock 2 will set new boundaries and will be better than the original in various ways.

In 2007 Bioshock came out and won many accolades for its outstanding gameplay mechanics and an awesome representation of a world under water: Rapture. The first game was set in the 1960 and told the story of Jack, the protagonist whose plane crashes in to the Atlantic ocean. There after he lands up in to the world of Rapture. Inside he faces many enemies like Big Daddy, splicers and any mutated human beings. With the help of plasmids and some really unique weapons Jack makes it out alive. Enough said about the first one. Now lets talk about the sequel: Bioshock 2. Initially when the game was announced the game carried a tag: Sea of Dreams, but it was later dropped off. Bioshock 2 will take place ten years after the original in 1970. 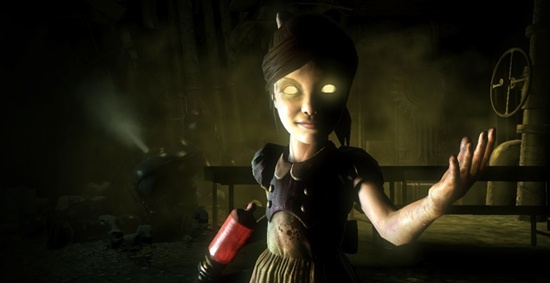 Welcome back to Rapture

Apparently a number of cities across the globe have witnessed kidnappings of small girls. These kidnappings are being carried out by the Big Sisters. These are the ones who were the Little Sisters in Bioshock. Rapture is still existent and Big Sister has become the leader of this organization. In Bioshock 2 you will be taking up the role of a Big Daddy. Do you remember the Big Daddy from the original and how they protected the Little Sisters. This time you have to protect them from the Big Sisters.But this time around instead of running away from you, Little Sisters will warn you from the Big Sister. The Big Sister is the main antagonist and she is the one who is responsible for the recent abductions. Playing as Big Daddy will give you all types armor and ammunition. Unlike the original Big Daddy, your character will be able to use plasmids. The players Big Daddy will be equipped with miniature light beacon and the infamous drill weapon whose charge is shown by a small meter towards the left bottom of the screen. A similar kind of attachment will also be possessed by the Big Sister. There will be underwater navigation in the game. The player is not allowed to used their weapons under water, but unfortunately there will no enemies underwater. The old user interface will return to the game with two bars on the top left indicating plasmids and health.

Now lets talk about plasmids. Plasmids were a a big gameplay leap according to me in the first one. Here is the expected list of plasmids for BioShock 2:

Also this time around plasmids can be used in conjunction with your weapons. Now lets list out some of the weapons that we may seen in Bioshock 2:

Hacking was very much a popular ploy to take your enemies down. It was a lot of fun hacking static and flying guns and use them against your enemies and Big Daddy. This time around you will not be leaving your game screen to hack, but you will be doing the same in real time. That means enemies can attack and other interactions can happen while you are hacking a device. Bioshock 2 will be featuring some really cool modes online. The following is the list of multiplayer online modes:

Bioshock 2 will feature ten playable online characters at launch. Some of them are as follows:

Also just like the number of characters there will be ten maps on launch. Here are some of them:

Under water missions are a new and a welcome addition.

Player will advance by collecting ADAM. The faster they collect ADAM their level and experience will grow quickly as well. As you advance you will be able to unlock new plasmids, weapons which will help to customize you character. Even though a lot of information is not out on the multiplayer mode Bioshock 2 looks like it will deliver on the promise. All in all Bioshock 2 is looking like it is going to surpass the original in a big way. The game releases February 9th, 2010. Stay tuned with GamingBolt.com for news and updates.