Birds of Steel strikes the perfect balance between being hyper-realistic and being perfectly enjoyable. This game is a plane lover’s wet dream- it has over 100 classic planes to choose from, and all of them are accurate and true-t0-life. One could say it’s the Forza of planes. However, unlike Forza, even those who don’t have a working knowledge in the field of aeroplanes (like me) can enjoy this game to hell and back. 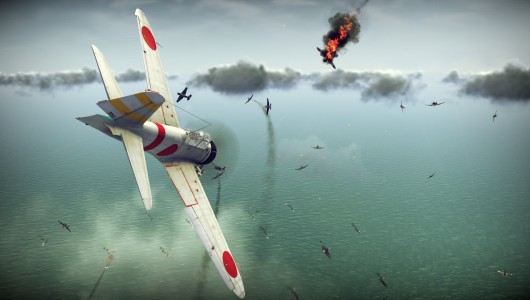 Birds of Steel is set during the Second World War, with two campaigns for you to play through. One sees you playing as the Americans during the years 1941 and ’42, while the second one puts you in the shoes (or planes) of the Japanese during the same period. Both the campaigns are largely similar, and your missions are always more or less the same, having you bomb a ship or destroy some hostile jets, so the mission variety (or the lack thereof) starts getting on your nerves somewhat.

But it is largely compensated for by the excellent gameplay design. Shooting your enemies is a ton of fun and provides for intense, action packed sequences which, even though seems very familiar to the rest of the game, are extremely enjoyable and provide you with a lot of arcade-y fun, something you will cherish in a game as realistic as this.

The sections which are not focused on combat, meaning the ones that have you taking off/landing and going to/away from the battlefield (battle…air?) are not as fun. Sure, the flying is very realistic and it is occasionally fun, but it gets dull very quickly and it may not be as enjoyable for those of us who’re not as big maniacs of aeroplanes as some others. 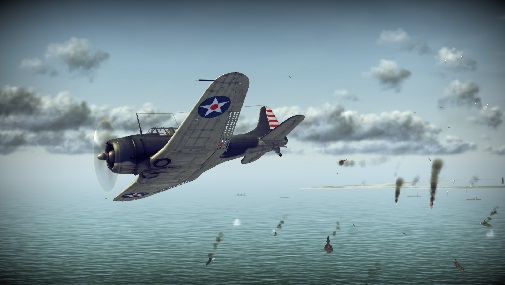 However, Birds of Steel is perfectly successful at being historically accurate. All the scenarios and missions in the game actually did happen during WWII, and history buffs will definitely love what they see here. The missions play out accurately and still manage to be very thrilling and exciting.

You can replay the campaigns again and again, and they never really get boring. Shooting enemies and flying away from an enemy freighter as it explodes to bits and pieces below you is always extremely intense and thrilling, and even though the non-combat sections take away greatly from the experience, you will want to keep coming back for more shooting sections.

There’s also a multiplayer and co-op component to play through, and while it is still fun, it doesn’t have the depth and complexity you see in other multiplayer games these days. It certainly has its appeal and will last you for a few days, but it gets boring fast, especially since they’re not many players online at a time anyway.

On the aesthetic side of things, Birds of Steel is certainly an ambitious game- the draw distances are, as expected, top notch and plane models are accurate and beautiful. However, the game does have a few texture and lighting problems that bring down the score of the visuals department by at least a couple points. Birds of Steel isn’t an ugly game, but it isn’t breathtakingly good either.

However, the music and sound effects are at the top of their game. A few thumping soundtracks will remain with you for some time, and the sound effects will definitely blow your mind- bullets whizzing past you, explosions all around and planes flying all over the screen… it’s like an aural heaven. 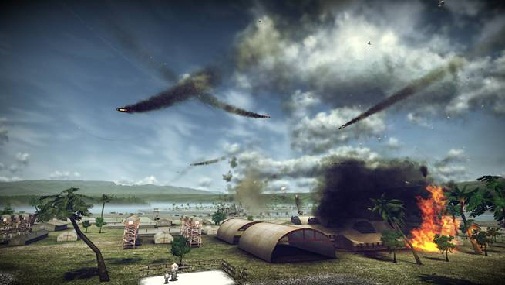 Ultimately, Birds of Steel is a great game. It has a few faults, ones that cannot be ignored even if you wanted to do so, but its pros outweigh its cons. It’s a game that you should definitely get, especially at its very reasonable $40 price tag.

Visuals can get a little iffy at times; Online is a little barebones; Non-combat sections are kind of dull

Final Verdict:
SUPERB
Birds of Steel manages to do the impossible- it captures arcade-y fun and realism, both at the same time, and does it remarkably well.
A copy of this game was provided by Developer/Publisher/Distributor/PR Agency for review purposes. Click here to know more about our Reviews Policy.