One of the most addicting and best arcade games yet.

it.Trip Presents Runner 2: Future Legend of Rhythm Alien is an arcade side-scrolling musical platformer. Runner 2 is one of the most unique, addicting, challenging and fun arcade games I have played yet. Let’s talk about how it’s presented, the challenges the players have to go through and why it’s so addicting in the first place.

Bit.Trip Runner 2 is a combination of 2D paper art and 3D objects. Things like doors, treasure chests, main character, obstacles and enemy monsters are all in colorful 3D, while the game’s menus and logos are all presented in 2D. I think one of the best parts about Bit.Trip Runner 2 is the music. Music is part of the core gameplay experience and having a good soundtrack is vital for the game to be successful. 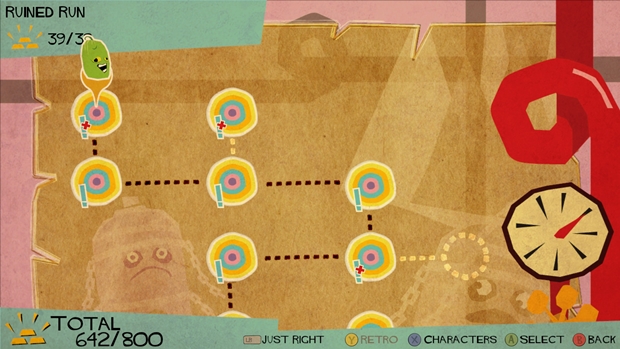 Fortunately, the overall music and sound effects are beyond perfection. It is great to listen to and the way it’s incorporated into the game is fantastic. The visual art-style of the game is pleasing. The graphics makes the game truly unique, so when you look at it, you already know what game this is from.

Bit.Trip Runner 2 gameplay is polished, fun, exciting, challenging and addicting. The premise of each level is simple, you are running through a platforming course trying to get all the collectibles and achieve a perfect status by the end of the level.

In Runner 2 you collect golden bars and + signs. If you managed to collect all of them, then the player will be able to get into cannon and shoot themselves into a target mark. If the player lands himself in the center of the target he/she will receive more points and achieve a perfect. In total you can achieve a total of three perfects in a level. One for getting all the gold bars, second for finding all of the + signs and third for being able to shoot yourself into the bulls-eye area. 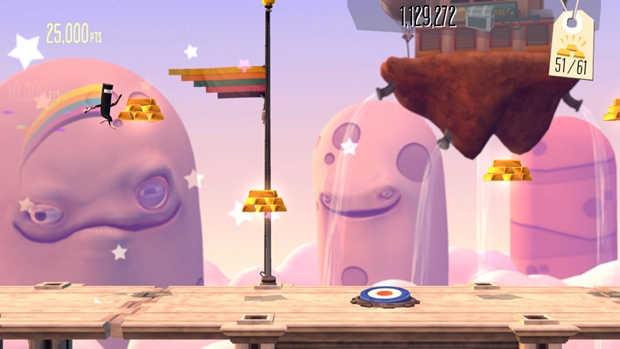 What makes Runner 2 stand out from other platforming side-scrolling games is the way it incorporates rhythm into the gameplay. Every time you pick up an object, jump or dodge dangerous obstacles the game plays musical beats that synchronize with the overall rhythm of the game’s soundtrack.

Having a good constant beat without missing any collectibles and dodging all off the obstacles will reward the player with a high score and a flawless beat of the music. It is great to be able to run through a course without failing a single time; it makes the experience much more exciting and addicting.

At the beginning of the game, the player is introduced to simple mechanics such as jumping over enemies or sliding under them. When the player dodges something, he/she is awarded points and a musical beat. Later down the road, Bit.Trip Runner 2 shows new mechanics to the player, such as blocking incoming blocks and slide jumps that let you jump right in-between 2 enemies. At first the game is super easy, however, all of that changes in later levels. 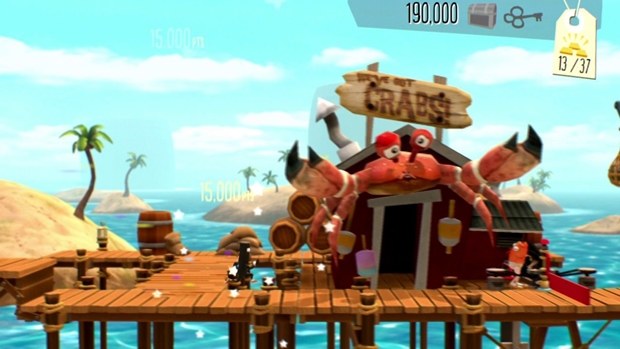 The player will have to be able to pull of different mechanics in order to stay out of danger all throughout the course at a fast pace. Be ready to slide jump, jump, slide, jump and jump consecutively without making one single mistake while trying to collect all the objects at the same time and not slamming into a wall.

The game also has difficulty settings. If you feel it is too easy, then you can switch to a harder difficulty. Harder difficulties have more hazards than usual throughout the course. Some players just want to enjoy the game for it is and beat it without getting themselves frustrated and that is what easy difficulty is meant to do.

Each world also has Key Vault levels. Key Vaults can be unlocked by taking an alternate path in specific levels. Purpose of Key Vault levels is to unlock hidden keys that were placed throughout previous levels. Once you beat a Key Vault level, you can go back to earlier levels that had hidden keys and collect them to achieve your perfect run. 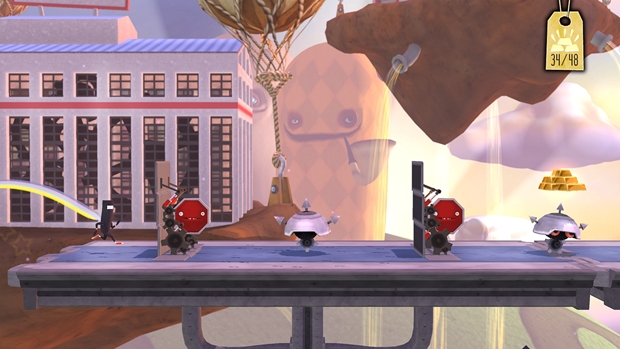 Some levels also have different paths that you can take; different colored arrows usually identify those paths.  Red arrows represent a more challenging path in the level, but usually include a treasure chest at the end.  Blue arrows point toward an alternate exit and this in turn unlock other levels. Green arrows stand for a regular path and the correct way to end the level without any extra strings attached or bonuses.

Checkpoint system in Runner 2 is quite simple. You can skip checkpoints by jumping over them if you want to get extra bonus points or you can go through them to activate it. In order to 100% complete all of the levels/worlds in the game, players will be forced to replay certain sections of levels, go back to previous courses to collect missing keys or treasure chests and play through alternative levels. 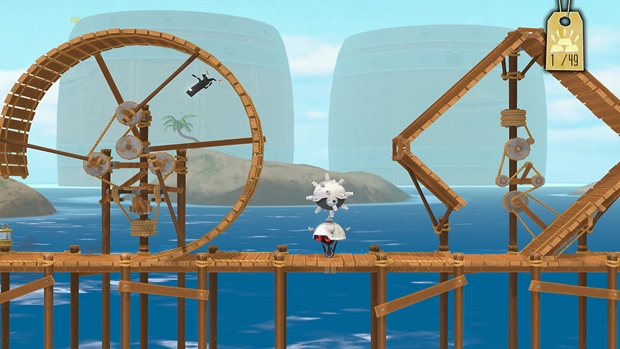 Bit.Trip Runner 2: Future Legend of Rhythm Alien is a fantastic arcade game. It’s arguably one of the best indie games I have played in a while. Runner 2 is innovative, fun, stylish, addicting and challenging platforming rhythm game.

However, sometimes the game can feel a little bit repetitive due to its gameplay style. The $15 price tag on steam and PS3 feels a bit hight. If this was $10, I think the game would be much more successful. Overall, the game’s amazing level design and addicting gameplay has to be experienced. Bit.Trip Runner 2: Future Legend of Rhythm Alien is a must-play indie game.

Can get a little bit repetitive, price tag feels a bit expensive.

Bit.Trip Runner 2: Future of Rhythm Alien is addicting, innovative and one of the best arcade games yet. Despite its repetitive gameplay and a hefty price tag, it's still an amazing game.