As antiquated as the war it’s based on, Bladestorm is mostly a nightmare to play.

Full disclosure, when I saw that this game came to us courtesy of Warriors series studio Omega Force Koei, I did have certain expectations of what was coming. My earlier reviews on the recent Samurai and Orochi variants spell out in more detail what I think of those games, but if there is one thing that Bladestorm Nightmare makes perfectly clear, it’s that this game is not Warriors.

This isn’t to say the Bladestorm doesn’t take more than a few leaves from Omega Force’s other works. At first glance, it does feel a lot like them. The main story takes us into the Hundred years war between France and England, and you take the role of a beginning mercenary. As opposed to being a one man army solo, your created merc takes the role of commander from the many different squad types strewn about the battlefield. 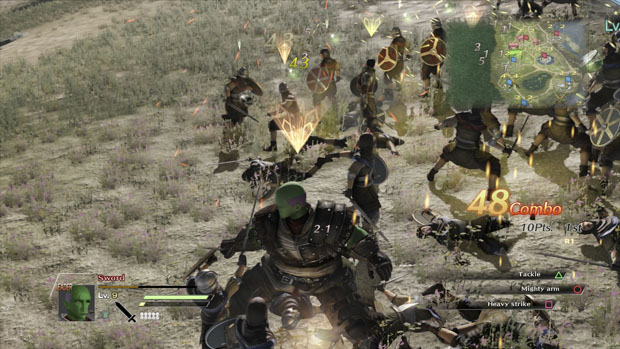 " This simplistic scheme might put the emphasis on choosing different squads, but during the majority of the time when that doesn’t matter, it’s simply boring. "

Each squad type works slightly differently and has different advantages. Of course the other side of that coin is each squad type is weak to another. At the most basic, it’s about Infantry, Cavalry and Archers, but they branch off from there drastically, an example being Knives or Swords. It’s a Fire Emblem-esque weapons triangle gone insane, but during my playtime I found it didn’t make a very big difference which squad I had. It could eventually get through the opposition regardless.

Battlefields dwarf the size of a Warriors map easily, though they aren’t meant to function the same either. Any situation in Bladestorm is resolved by leapfrogging from outpost to outpost, capturing it in a similar fashion to the Warriors titles of whittling down its numbers and destroying the captain, or preventing the enemy from taking an outpost of yours. Larger castles might have a miniboss as a captain, and take a bit more finesse to take out. Not too much though, they tend to telegraph their attacks drastically.

How exactly do you lead your troops into battle? The shoulder buttons carry the brunt of the work, from attacking to dropping in different powers. Face buttons are reserved completely for changing squads and special attacks that vary from squad to squad. Many players are simply going to tune out with the lack of interaction. 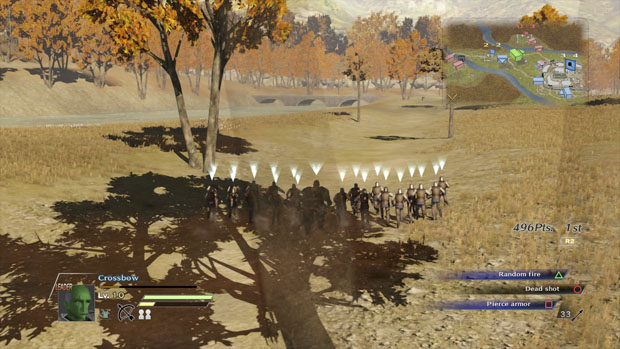 " Those massive battlefields I spoke of earlier? Barren as a desert. You’ll be doing a lot of trudging through empty fields between outposts. "

Much like the other current efforts from the developer on the new consoles, what we get out of the game is a rather dull presentation, as can be expected from what is still very much a 2007 title. Those massive battlefields I spoke of earlier? Barren as a desert. You’ll be doing a lot of trudging through empty fields between outposts. Squad sizes are underwhelming, never getting near the chaos that other Warriors titles, re-release or otherwise have obtained.

One of the few additions to the port, but probably one of the best, is being able to control up to three additional commanders during certain contracts, or assuming you could afford their services. They allow you to split your focus and head toward multiple fronts much like Samurai Warriors 4, or combine your forces and steamroll the enemy.

Properly setting up your army, when the situation allows it, does undermine the main strategy element somewhat, but it does bring back some of that visceral, destructive fun of the Warriors series. 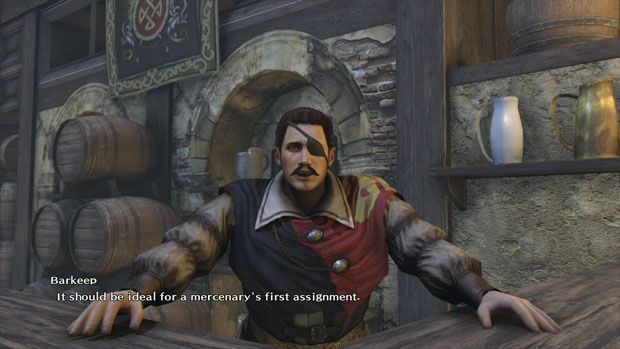 " The minimal spoken dialog sounds like it came from the first coders they could grab out of the lunch room, including one of the most offensive depictions of a French accent this side of Loony Tunes. "

Even the story it has to tell is about as interesting as reading it from a textbook, primarily handed out through pre-contract text about the flow of the war. The minimal spoken dialog sounds like it came from the first coders they could grab out of the lunch room, including one of the most offensive depictions of a French accent this side of Loony Tunes.

That accent is courtesy of the prevalent bartender character you’ll return to at the hub, and who speaks the most by far. The greatest failing to the story is that there are really no characters, even to the low standards Warriors has set. There is nobody within the tale that can be called an emotional heart, or even really a protagonist. It just kind of stays in stasis, with the situation of the larger war evolving, but nobody being affected by it to care about.

To be fair though, the story can’t really go anywhere when you play as a created character in any mode. It is actually fairly deep with what you can create, and you could either spend a few hours tweaking every crevice of the face, or (as you can see in our screenshots) just completely take the piss. Which is honestly most of the enjoyment I took from Bladestorm. 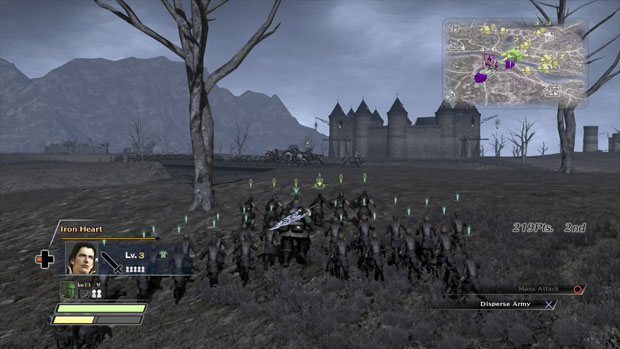 " we’re shown an alternate history timeline where Joan of Arc commands a legion of demons and the armies of France and England join forces to fight them. That certainly escalated quickly. "

The largest selling point to the remaster itself is the new “Nightmare” mode, which stands as the only mode with any variation to gameplay. A side story to the “Hundred years war” mode, we’re shown an alternate history timeline where Joan of Arc commands a legion of demons and the armies of France and England join forces to fight them. That certainly escalated quickly.

Nightmare mode is thematically more interesting by a wide margin, and the enemy forces are much more visually threatening. The miniboss level foes can easily tower above you, and missions involve a very aggressive foe from the outset, which lends itself to a stronger pace.

The new story is a tighter package overall, liner and presented better. It’s presented as a post game story, to be played after dozens of hours levelling your merc, yet can be played right from the disk hitting the tray. Either a concession for the people who played back in 2007 (You can import old save data) or just to let people get a break from the intense monotony of the main game. 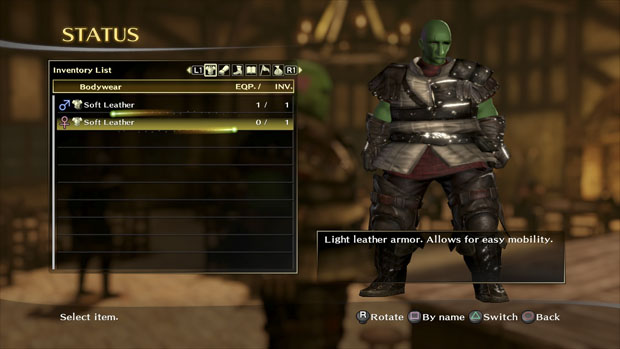 " It tries to do a lot of things, but none of them are done well. It’s not even a funny kind of bad like Sacred 3, it's just…there. "

Bladestorm Nightmare is…well, that’s just it. I’m not sure who it exists for in this age of consoles. It plays at being many things, including a Warriors game, a real time strategy, an RPG, and historical simulator. It tries to do a lot of things, but none of them are done well. It’s not even a funny kind of bad like Sacred 3, it’s just…there.

They probably could have benefited more from a sequel than a remaster, and taken the concept to the larger than life level that they play so well in Warriors games. Bladestorm Nightmare isn’t so much confused as it is held back by antiquated technology and flawed design, and is difficult to enjoy.

The character creator is very in depth, and the strategy gameplay does a serviceable job of translating an RTS style game to a console. Allowing progress to be carried over from an eight year old niche PS3 title is admirable for all three people who still had their copy.

Actual gameplay is frankly, boring and the presentation is obviously from an ancient title.

Bladestorm Nightmare is an anachronism. It tries to do a lot of things, but does nothing terribly well. The opportunity porting the game offered was pretty much squandered, as it drags most of the original games shortcomings up with it. It's not a game for the uninitiated and it's probably better left as the cult title it always was.

A copy of this game was provided by developer/publisher for review purposes. Click here to know more about our Reviews Policy.
Tagged With: bladestorm: nightmare, Koei-Tecmo, ps4