BOH isn’t a bad game. It is an indie game after all, and as such we can’t go in expecting ground breaking graphics, or the most incredibly sophisticated AI ever seen. However, what we can and should expect is gameplay that at least holds our interest for longer than a couple of hours, and it is unfortunately here that BOH ultimately fails. 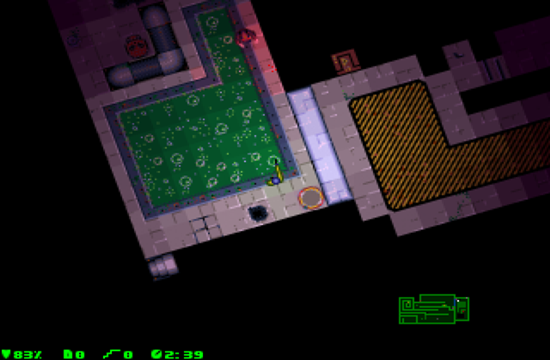 The first thing you will notice when you start up BOH is the resolution. First of all, it’s native resolution is 320×240, which makes just looking at the game an eyestrain (although you can play the game in a variety of resolutions, the upscaling process leaves it looking pixelated). However, once in game, and after a quick tutorial, you will be confronted with the information that you are part of the United Defense Forces. And doing what humans do best, your task is to navigate various open levels, operating a variety of switches and levers to open doors to progress through the levels.

This could be fun if the controls weren’t so horrific. It is a top down shooter, which on it’s own would make it difficult enough to control, but this fact is compunded by the lack of in-game mouse support. The only way to control your character is by using the movement keys. You use these to aim, to move and so on, but this makes hitting your targets much more cumbersome than it should be.

Your objective in the game is to navigate a series of cavernous tunnels and caves, standing on platforms in order to make doors open. It’s a simple enough idea, and normally some alien like enemies will be waiting on the other side to devour your brains. Naturally, dying is bad, so you have to stop them using one of your weapons. Unfortunately though, there aren’t nearly enough weapons to use, and the ones you do have all have a very similar feel to them. This can make the game repetetive, and it can get boring quickly.

If you want a taste of what the game is like, check out this video;

One thing the game does have going for it in a big way though, is length. Not only is the vanilla game quite lengthy, but there are a ton of downloadable levels available for download. In addition to this, the game gives you the option to simply create your own levels.

The graphics and sound have a very retro feel to them. If you’ve seen the video above, you can see that the game is very low-res, but this does add to the atmosphere and gives BOH it’s unique retro flavour. The sound is surprisingly good, mixing gentle techno beats and bleeps with some amusingly tinny ringtone-style tunes, as well as medieval style music and rock style music. The music adapts to fit the settings, which vary between the middle ages and more modern backgrounds. 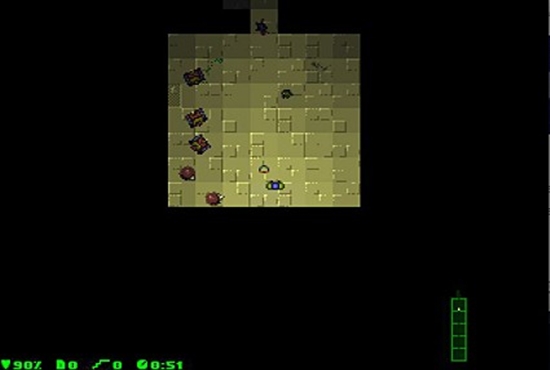 If you view yourself as a bit of an indie game buff, adding BOH wouldn’t be a bad thing. It’s unique graphics and refreshing new take on the action genre as a whole will offer something completely new to most people, but those looking for a quick thrill won’t get much satisfaction. The huge amount of downloadable content and nice soundtrack almost makes it worth the buy on it’s own, and it’s ability to run on almost any computer is definitely a plus. The emphasis here is  too much on quantity instead of quality, but overall, if you don’t mind some low production values and can look past the odd annoying bug, you could make worse purchases than BOH.

Final Verdict:
MEDIOCRE
BOH is an indie game by Simone Bevilacqua and is an original, retro-flavored game of exploration and action. But does it come up to scratch?
A copy of this game was provided by Developer/Publisher/Distributor/PR Agency for review purposes. Click here to know more about our Reviews Policy.