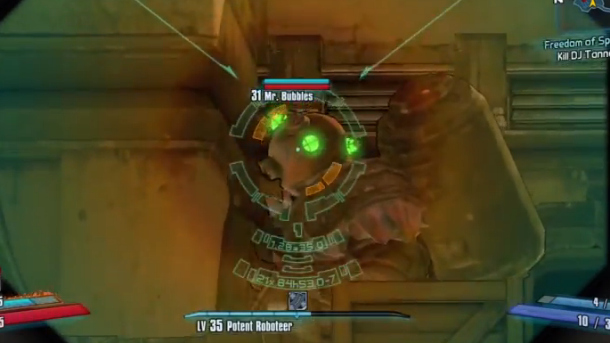 Borderlands 2 contains a lot of Easter eggs, that’s a given. In fact, our mega guide here listed quite a few. Recently Captain Scarlett and her Pirate’s booty DLC was released for PS3, Xbox 360, and PC, which contained more Easter eggs, this time, specifically from BioShock.

How cool is that? Gearbox Software always manages to surprise people. Well, you can actually meet Big Daddy and Little Sister in the game, and we have the pics and video of that, courtesy of Game Informer. Check them out below. There are also new details on the PS3 patch that will hit the system soon.

This is actually pretty fun; who knows how many Easter eggs Gearbox has fit into the DLC. Maybe we will find more, and from other games, too. But this Big Daddy thing was pretty cool. All that remains now is the mysterious Yeti from Red Dead Redemption, you know you want to see it.

Here’s the PS3 patch list, and you can check out the Bioshock Easter Egg video below.