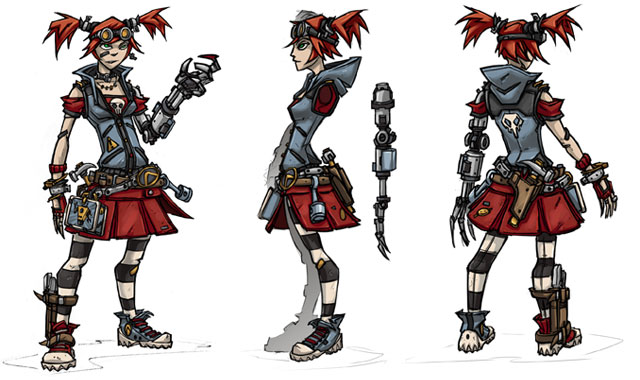 It looks like another gender controversy has erupted over a Gearbox developer’s ‘accidental’ comments calling a skill tree in Borderlands – the “girlfriend mode”. So what’s it about, you ask? That specific skill tree belongs to a post-release DLC called The Mechromancer, and it’s officially called ‘Best friends forever’ mode.

Apparently the developer uttered these words, maybe in an attempt to sound funny, in a room full of journalists. Little did he know that Gearbox would be in a damage control mode due to that. Calling a noob  friendly skill tree “girlfriend mode” is pretty offensive for the obvious reasons, and I have no idea why the developer said that.

Gearbox CEO Randy Pitchford calls it sensationalism, and if the developer really said those words, then there’s nothing wrong with reporting this. It isn’t Gearbox’s fault either because it’s just something that a developer said. Implying that women are rubbish at games in an indirect way isn’t funny at all, and content creators should be more careful in the future because what they do influences the masses a lot.

Let’s hope this does not blow up into something big, because the Internet, and more specifically people on Twitter, have proven to be inept at handling such discussions.