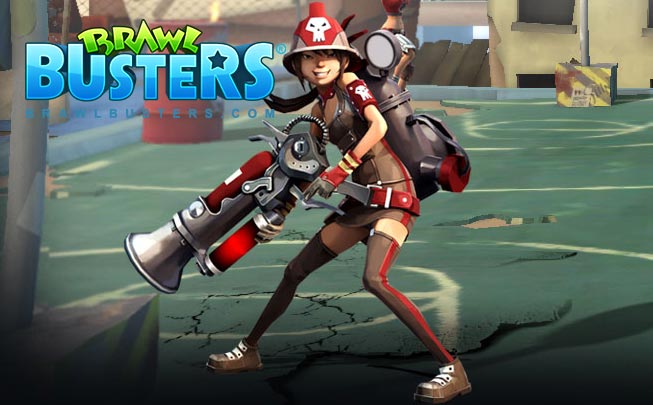 Brawl Busters is a free to play MMO for the PC. It somewhat looks like Team Fortress 2 when it comes to the visual look and general aesthetics. The cartoony graphics can be a major turn off to many, but once you get used to it, there is a really big chance that you will actually like it.

There are plenty of classes available at your disposal and combined with a third-person view – it’s everything you could ask for in an MMO, right? Well, sort of. It’s a beat-em-up game, so the controls are pretty simple here. Left and Right mouse buttons for punches and, if you press both the buttons, magic happens – well, actually a special attack.

The controls may be simple, but I had so much problems with adjusting to them that the entire gameplay experience fell flat in front of my face. How hard is it to ship with decent controls anyway? Sure, it’s a melee game, and on a PC, especially with a mouse, it can take a little adjustment – but the uneven sensitivity combined with poor targeting is really disappointing. 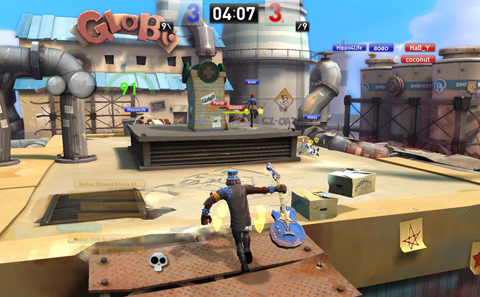 You can pick classes, and there are a lot of them – Firefighter, Rocker, Blitzer, Slugger and Boxer. Each one of them does their own thing, and as the name implies, you kind of get an idea of what their basic specialties are. Rocker, for example, has a guitar with which you can do some damage – and the are three attacks – primary, secondary and special, paired with the mouse buttons. Boxer is pretty self-explanatory; Slugger has a baseball bat! Firefighter sprays water on his opponents and is also a mid-ranged fighter. Blitzers are dudes who have football in their hands – and look rugged and strong. They are mostly used for cleaning the house.

So that’s it! Rock Hippo has managed to create a bunch of generic classes, which doesn’t have any sort of depth at all. I picked Boxer because I like punching people! Running around like a headless chicken trying to land punches on other opponents who also ran around like headless chickens, resulted in the biggest carnival of stupidity, which was frankly a little… well annoying to say the least. But it’s fun, if you can ignore the silly animations.

There is a tutorial mode here for all classes. You may think that’ a good thing! But it is the definition of repetitiveness, and the main thing that tips it over the top is that, you need to do them to unlock more characters. I know it’s an MMO and all, but seriously – at least it could have been designed well, or with a little thought put behind it. 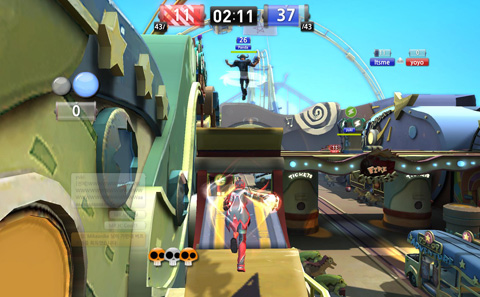 I didn’t have much luck online as well – due to the atrocious netcode. People teleporting around me isn’t fun guys! This isn’t, like, you know… 2006. It’s hard to say if it was just for me, or other people – but waiting the lobby trying to get into a match wasn’t fun either. I would have probably compensated to the lag if entering games were smooth. Things happen so fast during gameplay that, I was completely lost. Maybe I’m a noob, but hey, I actually find that insulting!

I really wanted to like this game, and I know I’m being a little harsh here, but guys, a little higher production values always helps. Now comes the biggest dilemma – the game is free. Should I accept mediocrity because it is free, or be ruthless and stick to the point? Unfortunately being free is a big positive, unless you can somehow try to ignore the prompts in the main menu to buy stuff. They have to make money after all, right?

Overall, no one is stopping you from checking it out, so be my guest and download it, and if you have luck with the netcode, and manage to like the art design and the look of the game, maybe this game can actually provide you a compelling experience.

It's free! I dislike the visual style of this game, but that is mostly subjective - you may have a different experience. You may actually like this game - so bad, it's good?

The netcode was awful with teleporting players. The production values are very low, and the game is a complete mess online. The controls are terrible. The tutorial mode is actually a torture mode.

Final Verdict:
MEDIOCRE
Overall, it's free, so download it and check it out, and if you have luck with the netcode and like the art design and the look of the game, maybe this game can actually provide you a compelling experience.
A copy of this game was provided by Developer/Publisher/Distributor/PR Agency for review purposes. Click here to know more about our Reviews Policy.