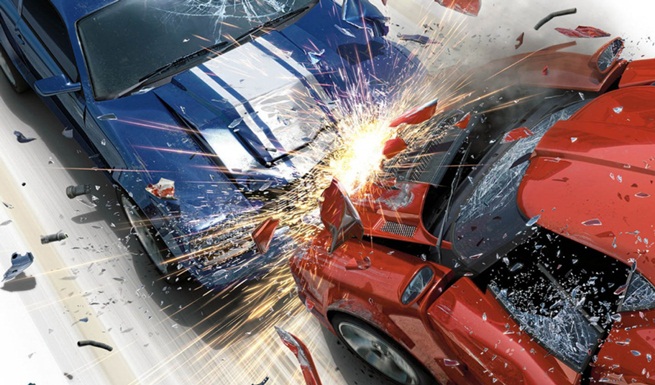 What is the first thing that comes in your mind when you think of a Burnout game? That’s right, crashes. In Burnout Crash you get an overdose of crashes, as the name implies, of course. So, what is Burnout Crash? Well, in this game, the car is your weapon. It is fitted with a rechargeable explosive, which you can use to destroy other vehicles. Cause as much mayhem as possible. It’s called the Crashbreaker and you’ll love it in this game. All you have to do is blow up as many cars in a busy highway, and make sure that they do not escape, and if 5 cars do escape, it is game over. It’s simple really.

Crash City, as the location is called has 18 highways or intersections for you to cause carnage and also features 3 game modes. The graphics are quite average, in fact, this is the most disappointing part of the game. Considering there is nothing demanding here, they should have at least made it really pretty. The explosions look really good, though. It is somewhat satisfying seeing all the $ signs popping up in front of you, when you execute a proper move. The audio effects, however, really shine here. There are some amazing tracks that you can hum too in the game. So, if you have a good audio system, let it go wild. 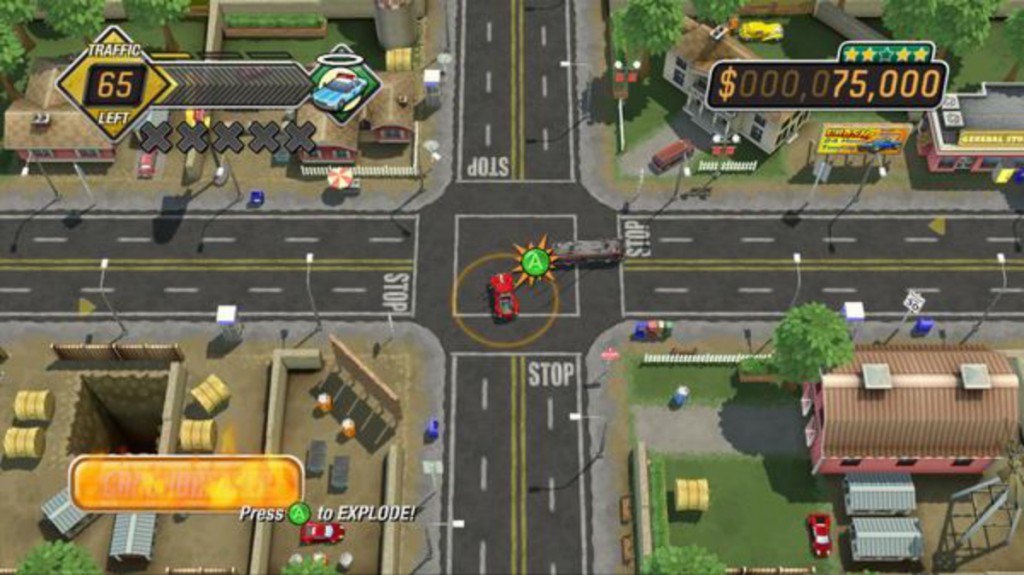 As I mentioned earlier, the main objective of the game is not to let the cars escape and score enough points to unlock the next car/stage. The thing about the game is that, EA’s Autolog feature makes it in here in this game. Autolog is one of the best things to happen to the racing genre. You can compare times with your friends and it also increases the competitiveness factor of the game. It is addictive trying to beat your friend’s score, and will probably make you replay a same section a lot of times.

It’s a top-down game which makes it easier to see the entire gameplay area. You can guide your car to block the road or cars from passing through and execute a nice timed explosion to take them all out. And if you pull it off properly, the chain reaction will be amazing. Burnout Crash isn’t a complicated game, in fact, it is quite simple to learn. There are a lot of in-game cues that show you what to do, which car is escaping so that you get enough time to act fast.  It’s a good example of game design. Although, it is easier to see the game over screen fast because of the 5 car limit at your disposal. 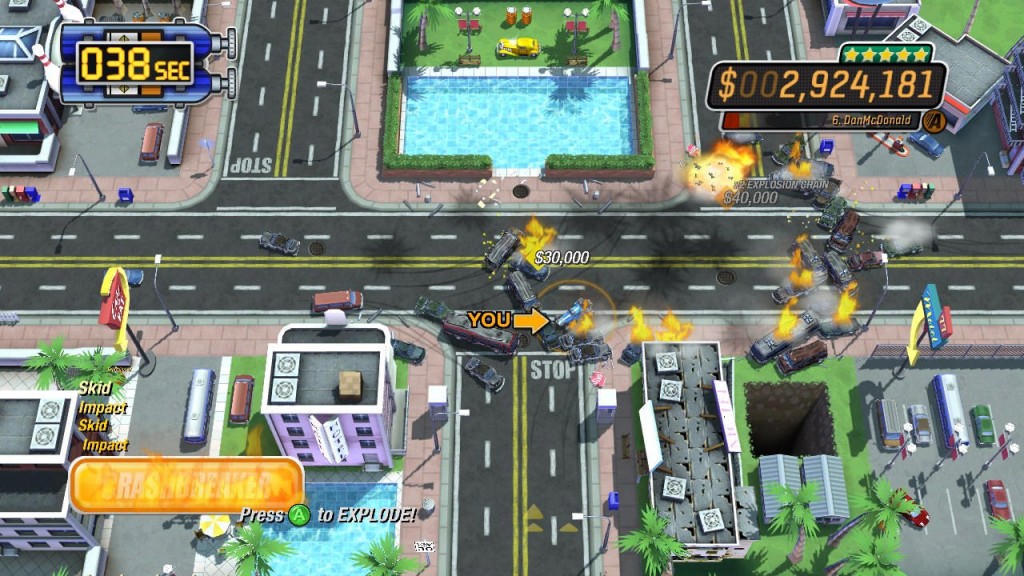 If you are new to the game, prepare to have a few disappointing games early till you master the gameplay mechanics. You can also play Rush Hour where you get a 90 second timer to destroy everything you want, and you don’t have to worry about the cars passing through. The Xbox 360 version has Kinect support but since I played this on PSN, unfortunately couldn’t test it out. Move support would have been nice, because it looks totally playable using the Move. Most of the times, the most attractive thing about the game is beating your friend’s score, and it is the Autolog system, that makes this possible.

Autolog is the best thing about the game, which doesn’t inspire much confidence in the gameplay mechanics or the ability of the game to make you keep playing. Also for Autolog you need a lot of friends playing the game to enjoy it to the max. if you are the only person buying this game, then it will be the worst purchase you ever made.

Final Verdict:
FAIR
Burnout Crash won't keep you playing it for a long time. It's a combination of terrible gameplay mechanics and graphics, that will annoy you a lot. If you have a lot of friends who purchased this game, then it is worth buying due to the Autolog feature, otherwise ignore it.
A copy of this game was provided by Developer/Publisher/Distributor/PR Agency for review purposes. Click here to know more about our Reviews Policy.