Ever heard of cars that go to 200Mph in just a few seconds? Never mind if you haven’t coz you’ll find plenty in Burnout, as all burnout fans would know. The game is all about going high speed, crashing & wrecking as many cars u can and doing maneuvers like high mountain jumps, 360 spins and a lot more. Actually the game is so high pace that a blink of an eye or a mere scratch on the thumb can result in a disaster.

The motto of the game is simple its “Go unleash yourself “. Start the ignition, push the race paddle and do whatever you want.This time around with all new engine for the next generation consoles burnout is all ready to blow you away. The burnout series got a real leap forward when EA made burnout 3 for the original Xbox & PS2. Till then the series had made lots of fans and is still one of the best arcade racing game available.

Burnout Paradise: The Ultimate Box is the latest release in the series coming almost an year after the original Burnout Paradise. This game is the first in the series to appear on the PC as well along with the consoles. The game contains a whole bunch of improvements from the original title. The most obvious improvement is the addition of bikes.Yes people! You heard it right there are bikes which are so fast that they make cars look a little lame. 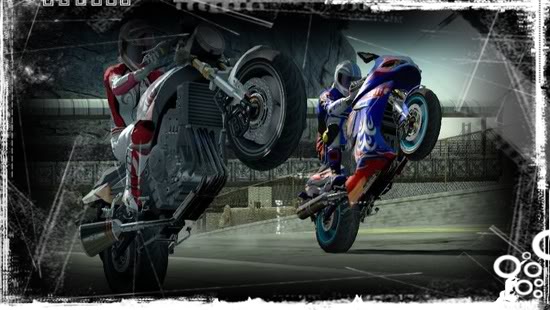 You can select two bikes from the start right away and theother two become available once you unlock them during the course of your game. Although there are only 4 bikes but it’s an awesome experience to ride them and their handling is more than satisfactory. Bikes don’t support boost but theyare already so fast that i doubt that you’ll be needing any. The other addition is the introduction of day and nightcycle. So now you can have a drive in the beautiful paradise city even atnight. Night adds a whole new dimension to the game give its an extra twist.

The single player modes remain almost the same from the original. You freely roam in the open environment of the paradise city and earn license upgrades as you complete different events. The offline mode are plenty like simple Race, Marked man, Road rage, Burning route and Stunt run. Each event requires you to do its specific requirement in order to win. Like in Marked man you have to win the race with all your opponents trying to wreck your ride. Stunt run allows you to win if you manage to perform different stunts like high jumps off some mountain or drifting on road curves or driving off-road. In burning route you’ll have to chain boost with specific speed class cars to earn points and multiplier. If you’ve played the previous versions of burnout series then you’ll probably miss the crash events which has been changed with showdown. You can enter the crash mode any time while free roaming just by pressing two buttons simultaneously and damaging as many cars as you can to earn points. The road rage events remain the same as the previous games in which you’ve to takedown a specific number of cars in order to win gold, silver or bronze. 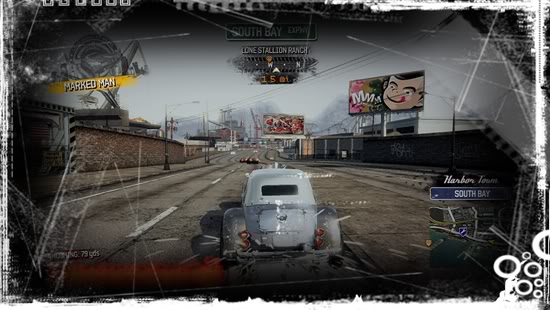 The graphics are remarkable and with an addition of a day and night cycle they are just too good. The background Sunlight during the daytime,  bright colored cars with perfect shadows look awesome. Damage and particle effects when you get a crash or a nudge from another car are very realistic. During night the neons, head lights and the glowing city look just great. And constant frame rate during nastiest of the situations is what makes the whole experience so special.

The online gameplay is what really adds to the total replay value of this game along with numerous single player modes. Marked man, stunt run and road-rage events can be be played online too.The whole online play is pretty smooth and lag free. Free burn mode allows you to complete different challenges set by the game default. The number of challenges has been increased from the previous version so if you’ve finished all of them previously there are more of them waiting for you. 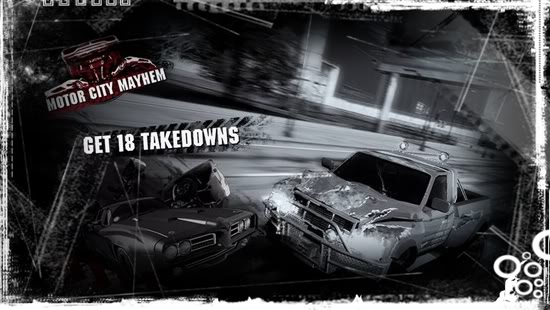 Sound is really top notch with realistic amazing engines sounds to the background music which consists of tracks from the previous titles and some new ones as well. DJ atomica tells u all about what’s the latest in paradise city and helps you with how to play the game but he can irritating after some time.

Overall Burnout Paradise: The Ultimate Box is a complete package specially for the PC gamers where their aren’t much arcade racers to play. But as for the console version goes its nothing new if you’ve already played the original title on your next gen systems and you have all the downloads as well. If you don’t have the downloadable content or you haven’t played the original game then stop looking around and go get this game.

DJ can be irritating; over-whelming open world can take a while to get used to

Final Verdict:
EDITOR’S CHOICE
Burnout Paradise: The Ultimate Box improves quite a lot on its orginal title and further affirms its place as a top-tier racing game.
A copy of this game was provided by Developer/Publisher/Distributor/PR Agency for review purposes. Click here to know more about our Reviews Policy.