A complete guide for Call of Duty Advanced Warfare.

Using this guide for Call of Duty Advanced Warfare you will learn all about Perks, Exoskeleton upgrade, abilities and upgrade points, collectibles such as intel locations, best hardpoint locations, unlocking all weapon camos which includes royal, golden and diamond camos.

Furthermore, you will be to know about the Unlimited Ammo Gun, special and secondary weapons, best class, best weapon, making emblems the easier way, earning upgrade points quickly, weapon attachments, killstreaks tips and tricks, best starting weapon and class for multiplayer modes and how you can unlock the zombie mode.

We also take a look at several glitches such as the Killcam Glitch and Out of Bounds / Jump Spot Glitch, tips and tricks on how you can level up faster and gain experience quickly, a look at prestige level along with the 15 emblems. And finally we take a look at achievements/trophies along with PC specific errors and issues such as texture loading problem, black screen and more.

Players can play without any perks or up-to 6 perks by using Wildcards when you create your class. There are 3 categories of perks. Let us take a look.

Lightweight: This is used to move faster.

Low Profile: You can become invisible to UAVs, track rounds, and enable Exo-Ping.

Blind Eye: You will become undetectable by drones.

Cold-Blooded: Makes you immune to grenades.

Gung-Ho: Enables you to fire while sprinting and sliding.

Toughness: You will flinch less when shot by an enemy.

Blast Suppressor: You will become invisible on mini-map when performing exo-moves.

Scavenger: The player will begin with more magazines and ammo stock.

Hardline: Decrease Scorestreak cost by an amount of 100.

You will be able to perform boost jump, boost dodge, boost dash, boost slam and boost slide. All of this is explained in the video below.

Check out the video below to know more about this.

In order to upgrade your Exo Skeleton, you will need to earn upgrade points. You can earn points by completing any of the four challenges which are: Kills, Grenade Kills, Head-shots and Intel Collected. You will require 33 upgrade points so that all 11 upgrades can be bought. The upgrades are:

There are a total of 45 Intel Locations in Call of Duty Advanced Warfare. Finding all of these collectibles will earn you the Ferrum Absconsum trophy or achievement.

Below you will find the best Hardpoint Locations. They are in the following order from left to right: [u: Upper , l: Lower] 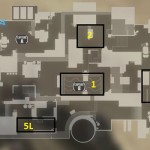 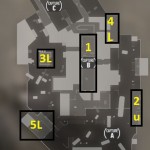 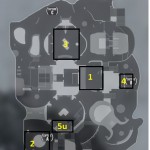 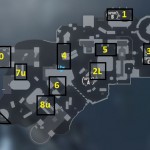 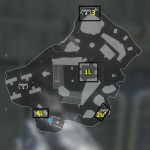 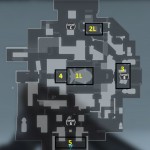 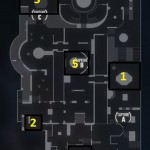 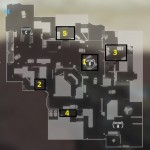 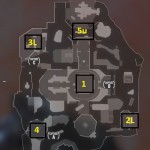 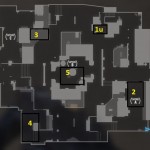 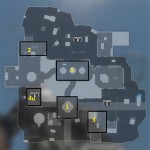 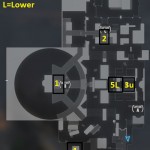 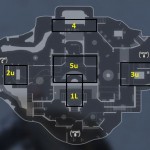 How To Unlock All Camos: [Thanks, VideoGamesBlogger]

MultiCam Camo: Get 50 Hip Fire kills with a weapon.
MultiCam Camo Colors: A white background with leaf-shaped blobs of brown & green over it.

Urban Camo: Get 200 Hip Fire kills with a weapon.
Urban Camo Colors: A white background mixed with shades of grey.

How To Unlock Zombie Mode In Call of Duty Advanced Warfare:

The video will show you how you can unlock zombie mode In Call of Duty Advanced Warfare.

Out of Bounds / Jump Spot Glitch:

How To Level Up Faster Or Gain XP [Experience] Quickly:

Here are some tips along with videos which will help you gain XP quickly:

After reaching level 50 in the game, you will be able to unlock Prestige along with a new emblem. You can unlock 15 emblems as the game only allows players to reach prestige 15 times. Refer our experience guide above in order to learn more how you can quickly level up. Below you will find two videos that will explain you all about Prestige and the 15 emblems.

Crashes and Freezes: There are a couple of ways to fix this. First of all, check whether your graphic drivers are updates, if they are you need to check whether you have the optimum system to run the game.

Texture loading issues: Go to your graphics settings and switch Blur effect off or set it to minimum.

0xc0000142 error: You need to clean the system registry with CCleaner, remove NVIDIA GeForce Experience, re-install the game and other supporting software if any, clear any system errors using HijackThis software.

Unreadable characters show up on the screen:  Download s1_sp64_ship.rar file. Run it and the issue should be resolved.

Black screen: This is most likely a resolution issue. So press Alt + Enter or Alt + Shift + Enter and change the resolution.

Carma: Kill an enemy by throwing a car door at them.

A New Era: Complete the campaign on any difficulty.

Escape Artist: Avoid grenades by dodging with your Exo.

Loud Enough For You?: Kill enemies or drones while affected by a sonic blast.

Fly Swatter: Knock Drones out of the sky with EMP grenades.

Where Are You Going?: Stop an AST with an EMP grenade.

History In the Making: Collect over half of the Intel. [refer collectibles guide above]

Ferrum Absconsum: Collect all the Intel. [refer collectibles guide above]

We Have the Technology: Spend exo upgrade points.

Not on my Watch: Prevent the walking tank from being destroyed by the Drone Swarm in “Induction.”

Deadeye: Score “excellent” in the shooting range in “Atlas.”

Grenadier: Score “excellent” in the grenade range in “Atlas.”

Look Both Ways: Kill all the KVA in the traffic section without damaging a civilian vehicle in “Traffic.”

Fire and Forget: Kill enemies with the Mobile Turret missiles in “Fission.”

Wheelman: Finish the hoverbike sequence without hitting walls or obstacles or taking damage in “Aftermath”

Sitting Ducks: Kill 3 enemies with one shot of the Sniper Drone in “Manhunt.”

Party Crasher: Kill enemies with the Grappling Hook in “Sentinel.”

Restricted Airspace: EMP enemy aircraft out of the sky with the hovertank in “Bio Lab.”

Man Overboard!: Melee an enemy so they fly off the side of the ship in “Armada.” [refer Escape Artist video above]

Flying Ace: Shoot down enemies with machine guns in “Throttle.”

Heavy-Handed: Go through gun drops in one-armed combat in “Captured.”

Crates on a Plane: Complete “Sentinel.”

The Wheat from the Chaff: Complete “Captured.”

Note: This guide will updated once we have more information about the game.