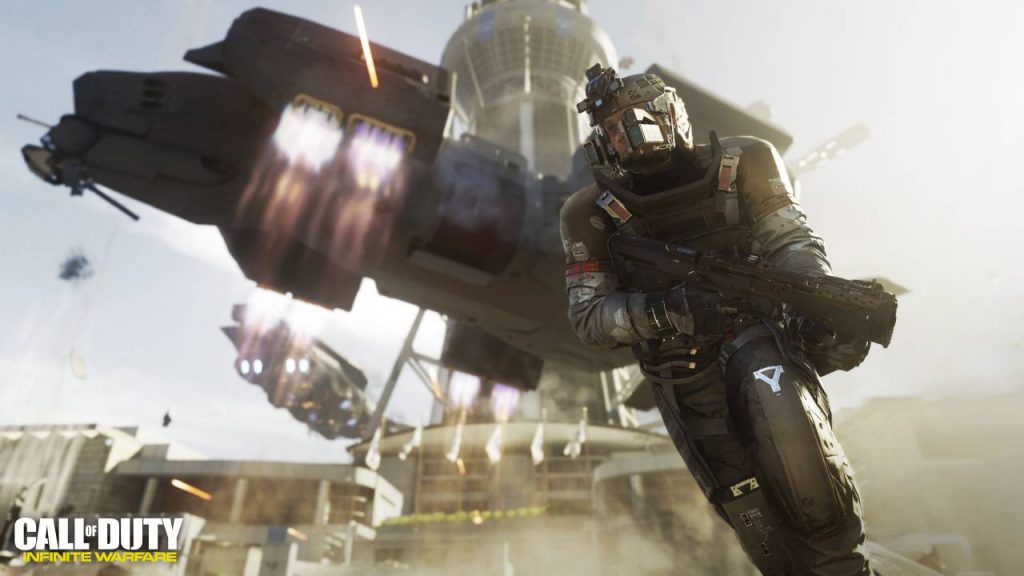 Call of Duty: Infinite Warfare’s Design and Narrative Directors, Taylor Kurosaki and Jacob Minkoff, got candid about gameplay details, core technology, and more, during a livestreamed Q&A session on Twitch. Here are some of the highlights of the livestream:

In a major shakeup to Call of Duty’s linear design, in Infinite Warfare, players will be in control of the warship UNSA Retribution, which acts as a hub from which missions can be tackled in a more freeform order. The mission choices you make are meaningful and content will open up based on your decisions. To get a better understanding of how life played out on a warship, Kurosaki and Minkoff actually spent time on a US aircraft carrier and chatted with Navy admirals.

Infinite Warfare has been in development for three years, substantially longer than other Call of Duty titles, and this has allowed Infinity Ward to push the core technology further. While the core visuals are enhanced, Infinite Warfare sticks to Call of Duty’s trademark 60 FPS commitment, and brings with it a new highlight feature, “Seamlessness.” Remember the seamless land and space battles from Pandemic’s cancelled Battlefront III? Infinite Warfare’s Seamlessness feature appears to do just that: allow for seamless transitions between boots-on-the-ground combat and dogfights in space. What do you think about Call of Duty: Infinite Warfare? Let us know!