Call of Duty XP has got to be the best experience for the biggest Call of Duty Fan. From a life size replica of the map Scrap Yard from Modern Warfare 2 to a zip line that launches fans through the air; Call of Duty XP was the experience of a lifetime.  Each and every aspect of the event was completely related to this popular franchise. The attractions were amazing but the best part was the hands on preview to Modern Warfare 3.
The Day started out with the world premier of Modern Warfare 3 multiplayer. Multiplayer has proved to be one of the fan favorite modes in previous Call of Duty games so the crowd didn’t hesitate to life from their chairs to give the multiplayer a standing obviation; I’m sure the same went for the viewers watching from home! Some of the more exciting multiplayer announcements were housed in the form of Call of Duty Elite. I was always one of the skeptical people on paying to play a game online, so in my mind buying an Elite subscription was out of the question. After sitting through the briefing I was more than sold on this wonderful addition to the game. Call of Duty Elite functions similar to a games season pass (when a game charges a set fee for all DLC when released, instead of paying for each DLC one by one; a season pass makes DLC a lot cheaper in the long run). In Call of Duty Elite players will not only receive great exclusive means of communicating but they will also be provided with all the great DLC, in the form of a map a month! So for the small $49.99 fee players will be paying for the Elite service they will get all DLC and more when buying each DLC separate will end up costing them $60. I don’t know about you but I would rather pay less and great much, much more than holding off on the Elite service!

The World premier of Modern Warfare 3’s multiplayer isn’t the only thing that caught my attention at the XP event; Running through the Pit, playing a round or two of paintball, on a live replica of Scrap Yard, and a fast fly through the sky on a Zip line proved to be an experience of their own. However none of these quite put me inside the game like the Jeep experience. The jeep experience at Call of Duty XP was more like being inside a real level of the game. Explosions rocked the Jeep back and forth as if you were plowing through water and other challenges in your path. The experience takes it a step even farther when you and your squad hope out of the vehicle to retrieve special enemy intelligence. Fans were able to feel like they were an actual in one of the Modern Warfare games.

Next I headed inside to take a look at Modern Warfare 3 with my own eyes. The game speaks for itself; expect even great than what you have seen on the franchise before.  New weapons, perks, customization, maps and even better graphics sets it apart from its competitors but the new game types stole the show.   Modern Warfare 3’s Spec Ops seems more like a retail title than a mode on a game. Spec Ops is completely revamped with new levels and a wave system that sends waves of enemies your way. Each enemy has a specific way of taking them out so you will have to change up tactics before completing each wave. You are now able to progressively rank up in Spec Ops and matchmaking will show that you never have to fight alone if you don’t want to.

After all was said and done I stopped for a bit to eat at Burger Town. To my surprise the burgers didn’t keep their same $5.96 price tag from Modern Warfare 2; but these delicious burgers held the price tag of $12 a piece. I guess when you’re tired from battle $12 isn’t so bad… well it is… but your stomach will tell you otherwise!   Call of Duty XP was a one of a kind event that was an honor to attend. I felt like I was part of the game, I felt included and loved meeting other gamers who enjoyed the game as much as I do. Let’s just hope the success of this event will persuade other developers to do the same!

The Zip Line
The Zip Line at Call of Duty XP was probably the biggest attraction there other than Modern Warfare 3 itself! Just to make it though the line was a challenge in itself. Traveling up the 4 story structure might have seemed like a breeze after waiting to get up there so long… probably more of feeling the breeze than an actual walk in the park! The height was a bit scary but after you were going down the experience was just plane exhilarating.

Juggernaut Sumo
Call of Duty XP had something for everyone! If heights and shooting aren’t your thing, than try out a little Juggernaut Sumo. The line wrapped around the sumo stadium for this one. Friends wanted to fight friends, couples wanted to settle a long lasting argument with some good old fashion sumo fun, or you were just there to learn want it would feel like to wrestle someone down while covered in funny pillow like costumes. The only thing that would have caught my eye more on this event would have been if the costumes looked a little more like Juggernauts. But really if that’s the only complaint I could think of you should know this event was awesome!

Armory
Taking a trip to the Armory at Call of Duty XP was a must. The armory experience allowed fans to take a walk through time and witness the history of the Call of Duty franchise. There were life size replicas of the guns used in each game and screens playing excerpts from each of the different Call of Duty games. Not only did seeing the guns and videos make you recap on all the great times you’ve had on the game but seeing your favorite characters walk straight in front of you was an experience all on its own! Characters as big as Soap Mactavish and Ghosts posed for pictures as Victor Reznov worked in a gift shop. It’s always a pleasant feeling to meet face to face with your idols… even if they are just charactersfrom a video game. 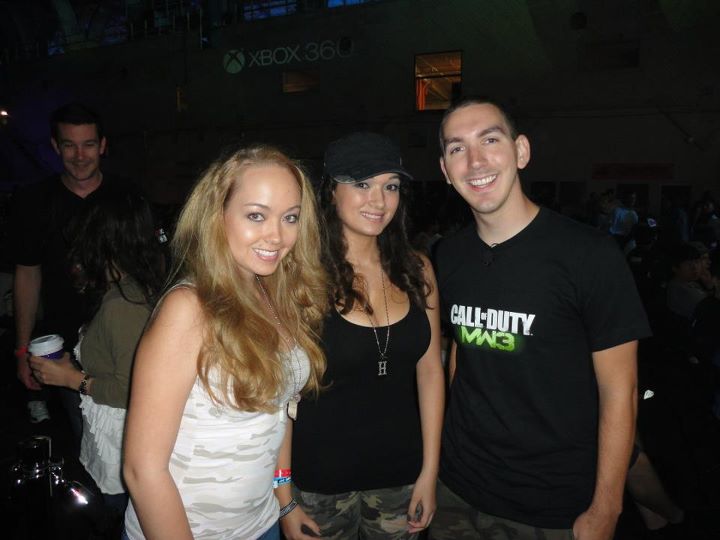