Call of Juarez The Cartel: Exclusive interview with Ubisoft

If you are a fan of the wild west then it should be next to impossible that you may have missed out on the Call of Juarez franchise. We at GamingBolt.com are huge fans of the franchise and are excited about the newest entry in to the series: The Cartel.

So we decided to site down with the game’s developers and have a chat on how the game is progressing and what fans can expect from it. 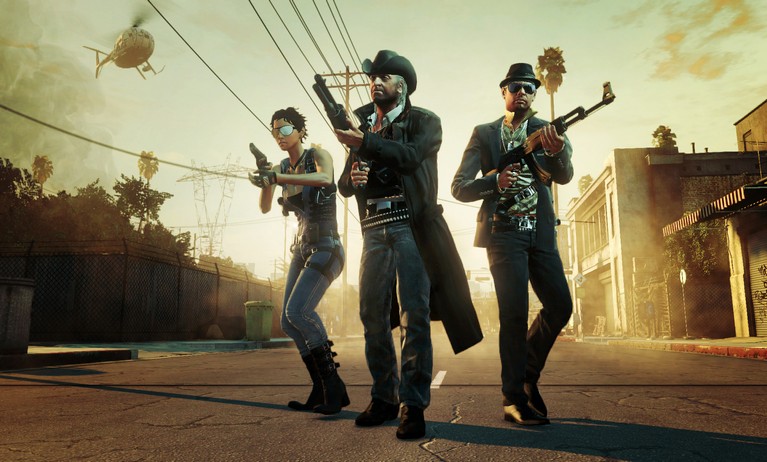 GB: Call of Juarez has always been known for its signature wild-west setting. Don’t you feel uncomfortable or nervous taking the series into an all new direction?

What exactly do you mean by “modern day?” Will we still be seeing hints of cowboys and western wastelands? Or will it be an adventure in the cities this time around?

During the development of Bound in Blood people kept asking us whether the traditional Western was still relevant in modern times. We kept saying ‘of course’ and we still believe it. It’s because Westerns are universal: the Wild West is more than just time and place. Bringing the Call of Juarez franchise into modern times allows us to prove that we mean it. When you consider the iconic ingredients of a Western, you can easily find them today: the unique locations and landscapes didn’t really change much since the Old West. Sure, there’s a city here and a gas station there, the horse trail was replaced by an interstate but it’s the same place. We’re going to visit those new locations but in a way which will also show how far back they go. As far as the lawlessness of the world goes, I don’t think that you need any proof. There are still people who feel above the law and the only people who can stop them are the real men, the gunslingers who aren’t afraid to step into the grey area between right and wrong. The feeling of freedom, of going where the trail leads, is easy when you have a car – the modern day horse. We still have interesting characters and a police story told in a Western way: centered on characters and their efforts to prevail over their own limitations. An interesting hero is never simply ‘good’. Conflict is much more interesting and in the world of The Cartel there is plenty of it.

Of course we’re a little nervous bringing the story into a new reality but we’re also confident that the Modern Wild West we’re introducing will feel familiar to fans.

GB: What mistakes from Bound in Blood and the first installment are you looking to fix first? Was there any major flaw with the games that you simply have to get out of the way this time?

Ubisoft: Absolutely! One request immediately soared to the top of the wish list for the fans of the series: co-op. We’re addressing that by building The Cartel around a great storyline AND a 3-player co-op! You’re getting 3 badass main characters who can embark on the road trip from LA to Juarez together. It’s very important that all three characters are major players in the story, you’re never playing a sidekick to your buddy’s hero.

There is a number of exciting features which work great in co-op including the fan favorite Concentration Mode slow-motion shooting which triggers for the whole team.

It’s also important to note that while we’re very happy to bring the cooperative play for the first time to the Call of Juarez series, the game still works great solo.

GB: Do we have a multiplayer mode in the mix in this installment? Can you give us any details?

Ubisoft: There will definitely be competitive multiplayer as well. We’ll have more details for you later on but you can expect some solid Modern Wild West shooting with a twist :).

GB: Bound In Blood was a prequel to the first Call of Juarez. How will this be connected to the series? Of course it can’t be a prequel, since it’s set in the present day. Or will there be some sort of flashback sequences?

Ubisoft: The Cartel is a standalone story. It’s still a Wild West game and we will always respect the series’ legacy but aside from some nods towards our fans, like Ben McCall’s ancestry, you can expect an entirely new story.

GB: Bound in Blood was criticized somewhat due to its short length. Will that be a problem in The Cartel? How do you plan on increasing the repeat value this time around?

Ubisoft: First of all there is the drop-in drop out co-op which encourages players to team up for more fun. That’s just the basic, replayable mechanic which all co-op games benefit from. Where The Cartel stands out is the story department: while there is one storyline in the game, each character has a different point of view on the event. That changes the experience and gives certain story twists a completely new meaning. Stay tuned for more on this. For now let me just say that it will be worth it to play the story with each protagonist to get the whole picture.

GB: Will there ever be a return to the wild west setting?

Ubisoft: It’s always possible. We love the Old West and we still have our heads full of ideas for great adventures in that historical setting. Right now we have another Wild West to tame: the modern one.

GB: One of the things that we really loved in Call of Juarez was the feel of the weapons? How is the development team planning to better that experience? Will we see any unique tools/weapons?

Ubisoft: A modern arsenal is one of the key benefits of moving into the modern setting. We’re no longer limited to sixshooters and winchesters and we intend to make good use of the full power of contemporary firearms to bring the outlaws to justice. Our game has a great story and a unique feel but it’s also an action-packed rollercoaster which needs proper hardware. Modern weapons and vehicles provide a much needed punch.

GB: Do you have any plans for releasing a Call of Juarez game on the PSP2/NGP or the 3DS?

Ubisoft: For the moment, we do not have any plans for releasing a Call of Juarez game on the NGP/3DS.