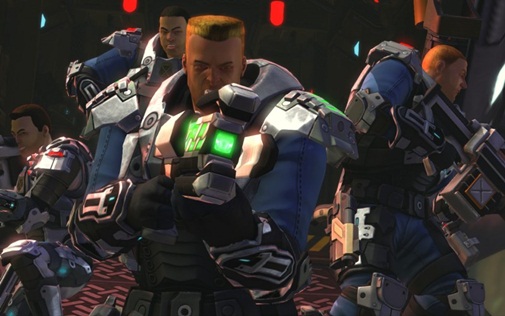 I have a plan.

I’m gambling everything on a single strategy. If it works XCOM could last a while longer. If it fails the entire human race will become extinct.

This is XCOM Part 3.

You’re reading part 3 of a game journal for XCOM. Start with Part 1 here.

The strategy is this: using the vast majority of my money and resources not on weapons or ships or anything used to fight a war. Instead, I plan to build a satellite nexus with a satellite station. This will allow me to build six satellites to scan six different XCOM supporting nations for UFO activity. Putting satellites over countries makes them feel like XCOM is working for them and they start donating a lot more money, scientists  and engineers to the cause. I’m spending money to make money, but weapon production will be on hold for a while. If I get these things built I should have a huge donation for next month and the months to come that I’ll use to play a grueling game of catch up.

A UFO has landed in England. Typically you shoot UFOs down and all you have to do is clean up whatever aliens are still alive. But sometimes… sometimes… a UFO touches down on its own, meaning every alien aboard is still alive and all of their technology is undamaged and if you can take over the UFO it’s all yours. Perfect! So all we have to do is fight our way through an army of aliens and we collect a huge cache of valuable UFO technology.

No problem. We can do anything. My new team of fresh faced recruits has already defeated a wave of chrysalis and taken over an entire alien base. There’s nothing they can’t do!

Except every member of my regular team is horribly wounded from said alien base attack. So who will I send to fight the army of aliens defending the landed UFO?

Send in the rookies! 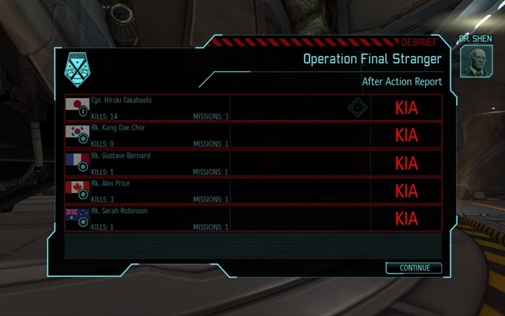 Oops! None of the rookies came back alive. That was… expensive. The team barely made it to the UFO before they were all shot to pieces by mutons. Now I have to recruit more rookies and they’re not cheap.

Let us never speak of that again.

The nexus is soon complete and I can place my satellites. Giving a country satellite coverage instantly makes them happier with XCOM. This is crucial, because unhappy countries pull their XCOM funding, and too much of that leads to the end of the world. I currently have four satellites, so this is exciting times as I’ll be doubling my coverage. The United States, Russia, Nigeria, and China all have one. So now the unhappy decision of who gets the satellites.

Well, England is now extremely pissed with XCOM because they still have a landed UFO and five dead rookies on their soil. So England gets one. I’m just now beginning to realize that giving a bunch of satellites to one continent is probably better than giving a few to each continent because you get better bonus’ (I’m slow for the leader of an organization tasked with saving the world). I give France one so that I have three of the four Eurpoean nations. I’ll never get Germany  because they left XCOM, but now Europe alone will give me an assload (six) scientists a month. That means faster research. The other two go to Japan and India because they’ll give me more engineers to build equipment faster.

Now everyone is pretty happy with me again, so all I have to do is not mess that up. The month ends and the council overseeing the XCOM project gives me an A, the first time in a long time I’ve gotten a high score. All nations are happy with me and we took down an alien base. Luckily, no one cares about the six people I sent to die in England.

Speaking of that incident… My team of elites, my A Team, (but without Mr. T) recovers and I send them to England to do what the rookies couldn’t. Luckily the UFO has stayed parked in the same place for a week now and it’s time to show the aliens that we don’t appreciate that sort of thing.

They do the deed and only lose one person. Very good. They also manage to capture a muton. This is important because alien’s weapons fragment when they die, but if you capture the alien you capture the weapon. We now have a plasma rifle in our possession, which is better than the laser rifles we use now.

Once again the veterans do a good job, but once again most of them are wounded and one of them dies. Now we’ve got a situation in Brazil and the only people available to take care of it are… rookies. They’re going to a terror mission, meaning aliens are actively killing human civilians in the streets and it’s up to the rookies to stop them.

“Alright people. I’m not going to lie to you. The last batch of rookies was horribly slaughtered for their trouble. But this group… I’ve got a good feeling about this group!” 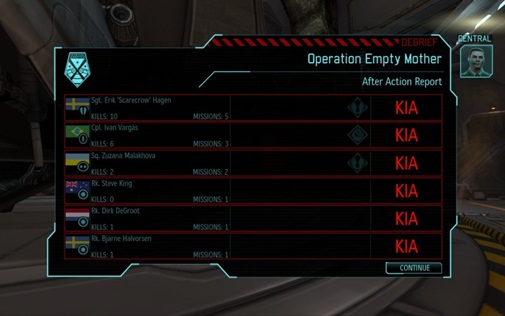 Okay… That didn’t go well. All six of them are killed along with the entire population of Rio De Janeiro . I hope I don’t get blamed for this.

Let’s not speak of that again either.

Oh good, my A Team has healed again. They also have a terror mission. This time it’s in Toronto, Canada. They perform brilliantly, as usual. They save 14/18 civilians in the area and again, only lose one soldier.

Is anyone else sensing a pattern here? A Team goes in and kicks ass but loses someone and gets wounded. Rookies go in while A Team is wounded. Rookies are completely wiped out. This is a bad pattern. My experienced soldiers are doing well but are slowly dying and I’m not replacing them because rookies keep dying.

Brazil joins Argentina, South Africa, and Germany on the list of nations to defect from XCOM.

I just need XCOM to survive the month. It’s late September and in a few days another two satellites will be ready to go. At the end of the month I’ll get a lot of donations thanks to all of the satellite coverage and then I can really start building the technology we need to turn things around.

I just need to survive the month.

We shoot down a UFO, but this one is important. We needed a special tracker in order to find it, so the aliens must be hiding something interesting onboard. We’re told to expect heavy resistance. I send the A Team. These are the guys that stormed an alien base and fought off a horde of chrysalids. They’ve never failed me.

The mission goes poorly but it looks like we’ll succeed. Three members, half the starting team, are dead, but they reach the center of the secret UFO so it seems like victory is certain. 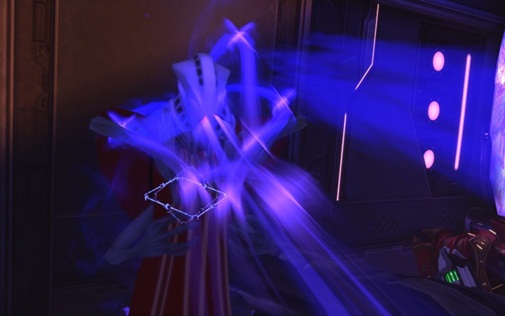 The commander of the ship is an alien with mind control powers like we’ve never seen. It takes control of my sniper and orders her to shoot one of her friends dead at point blank range. He then kills her by destroying her mind. The last guy on my squad charges in out of desperation, but his mind is taken too and well, here’s what happens. 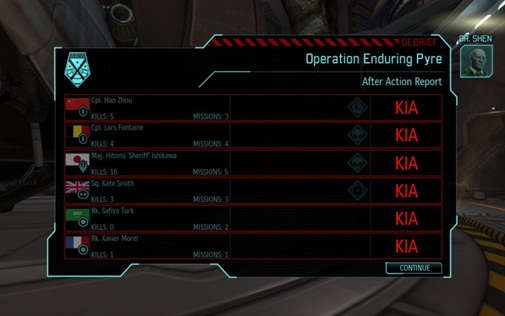 That was the A team, or at least most of it. Looking back, they’re not as elite as I remembered.

I’ve failed to train any new rookies into elite soldiers.

I’ve failed to keep the elite soldiers I already had alive.

I’ve failed to discover what secret the aliens were hiding aboard that UFO.

I put a satellite over Mexico and Canada. Now every country in XCOM has coverage, but it may be too late.

At the end of the month I’m given a D for my efforts, along with 1,200 credits (that’s a lot). This is it. I made a lot of sacrifices to get this payday and now it’s time to capitalize. Along with the money I have one ace up my sleeve.

Davies, the British soldier who captured our very first alien back at the start of the war, is still alive. He was a rookie then, but now he’s my highest ranking XCOM operative, and he missed the A Team massacre because he was being tested for psychic abilities. It turns out he has psychic abilities. He’s also a major, the second highest rank possible. I higher over ten rookies with the new influx of cash, and it’ll be up to Davies to lead them and humanity to glory.

This last month was our darkest hour. If we are to survive, the next month  must be our finest.