Any time I receive a licensed game through for review, I often do want it to buck the usual trend and pleasantly surprise me. When the license in question is beloved comic hero Captain America, this desire for the game to succeed is intensified. Sadly, there is no hiding the fact that Captain America: Super Soldier falls into the same trap that thousands of licensed games have fallen into before: The death trap that is derivative and mediocre game design.

The game very loosely follows the story of the upcoming Captain America movie, with Cap attempting to defeat the evil Hydra forces amongst the ensuing chaos of the Second World War. It doesn’t really get any more advanced than the standard battle between the forces of good and evil but, in all honestly, it could have been told with a bit more flair and panache. The narrative, as with the rest of Captain America: Super Soldier, is rather flat. 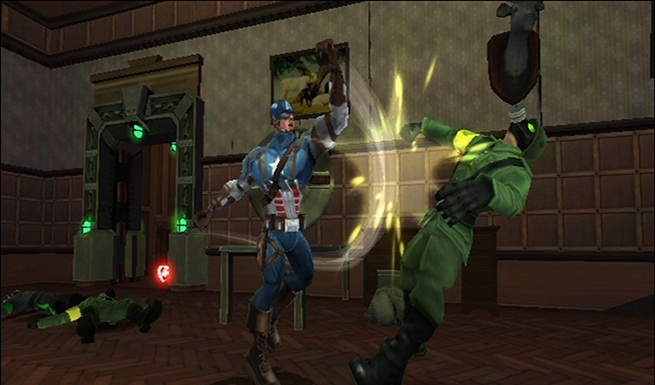 When you’re not listening to uninspired dialogue you’re doing what the Captain does best: Slaying foes with his iconic shield. Combat in the game is fairly functional with Cap being able to stun and block with his shield. You also get a generic attack button that automatically makes combos for you, and you can counter your opponents blows with a well timed press of the block button. Imagine a very watered down version of the combat in Batman: Arkham Asylum with some of the excitement bled out of it. Though it serves as a very functional part of the game, there is very little to make it at all varied or interesting for the player.

The bits in between combat are made up of Cap traversing his environments in traditional platformer style. It isn’t quite as smooth as you’d like though. All of Cap’s jumping and climbing is done as contextual taps of the A button but, though many contemporary titles opt for a similarly “sticky” style of platforming, it feels a bit broken in Captain America. Many texture related issues saw me just completely missing the jump, and aerial transitions between ledges often sent me in seemingly random directions each time I attempted them. It’s nothing game destroying in the strictest sense, but it winds up zapping what little fun is left from this generally dull title. 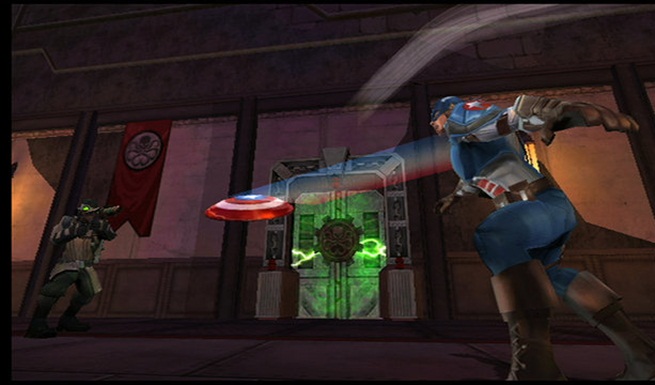 So you’ve already set your heart on Captain America: Super Soldier and want to know how many hours of “pleasure” you’re in for? Sadly, I think the answer to your question will only lead to further disappointment. The main story mode doesn’t take that long to finish at all and, whilst there are some decent enough collectibles and side missions to keep you on your toes, the concept art you can unlock isn’t interesting enough to really offer proper incentive. All in all Captain America is just as underwhelming in length as it is in quality (no penis jokes, please.)

Though the gift itself may be shoddy, it’s at least packaged well right? Dream on. Pleasant comic book license aside, Captain America: Super Soldier is unlikely to turn any heads. Chris Evans gives his voice to Cap to tie the game and film together, (albeit barely) but the other aural elements of Super Soldier seem to just blend into the background out of a sheer lack of interest. The visuals fair even worse, seeming rushed and ill planned. Though some of the combat animations have a bit more clarity too them, the endlessly repetitive level design and textures made me think I’d jumped back in time a decade or two. 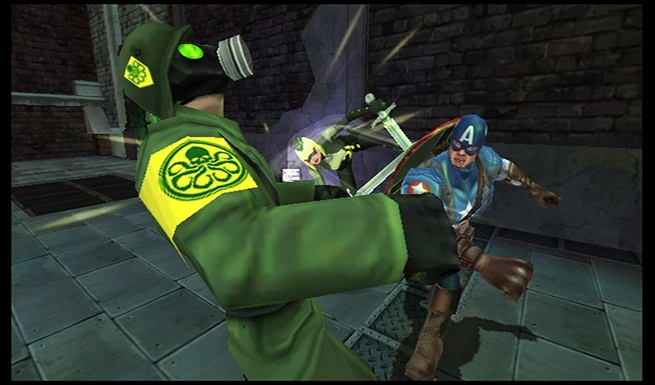 The Wii is a system that is poorly represented by a library full of uninspired titles. Sadly, Captain America: Super Soldier does little to change this image of half-baked ideas and ill-conceived games. Without any major successes or big flaws of any kind, Captain America sits in a veritable limbo of design, with the only way out being a premature move to the bargain bin. It’s certainly not the worst game I’ve played, but there are plenty of better ways to invest your time and money.

You gotta love Captain America, Combat is functional enough, Nice attempt at collectibles and side missions

Final Verdict:
MEDIOCRE
A game that entirely defines mediocrity, Captain America: Super Soldier offers a workmanlike action platformer that, whilst not broken as such, offers very little enjoyment in any form
A copy of this game was provided by Developer/Publisher/Distributor/PR Agency for review purposes. Click here to know more about our Reviews Policy.