Carmageddon Reincarnation gets a Kickstarter Approval

Posted By Kartik Mudgal | On 08th, May. 2012 Under News | Follow This Author @KartikMdgl 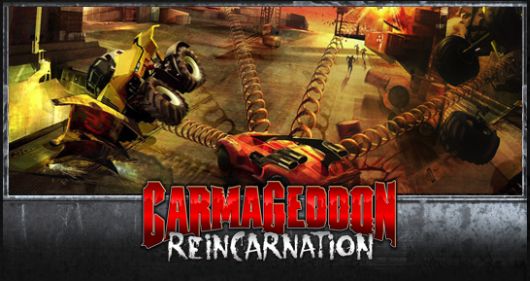 Remember Carmageddon? Yes, the game that was released for the PC in 1997… well, guess what? You can now have a shot at funding the sequel to it as the project is now live at Kickstarter.

The developers of the original game, Stainless, created it with just eight employees, but now there are 50 people at the studio and they ask $400,000 to create the best sequel to Carmageddon as they can.

“We’re incredibly happy to be working on a project that’s so close to our hearts, and we’re thrilled that we’ve got the opportunity to do all the cool/stupid/fun stuff that we’ve discussed and planned over the years,” read the description in the KS page.

“We hope that you’re excited at the prospect of being instrumental in bringing the next game in the Carmageddon series to life.”

I sure am excited for this as I have fond memories of the original game.

“Carmageddon: Reincarnation is a re-boot of everything that made the original games such a blast to play. The new game will be inspired by the classic environments, cars, drivers and power-ups from the original, but dragged screaming and kicking into the current state of the rendered art.

“And of course, there will be a bunch of brand new STUFF too, including true rag-doll pedestrians and physics-based power-ups that let you mess with their limbs whilst wiping away the tears – of laughter!

“Multiplayer was the hidden-treasure of Carmageddon back in the dark days of LAN parties, but will now be able to be enjoyed by almost all of our players, thanks to the entire planet going online since then. The single player game will be brilliant too, thanks to demented opponents with demented A.I. brains made from demented code written by demented programmers.”