Carmageddon: Reincarnation Wiki – Everything you need to know about the game

Everything you need to know about Carmageddon: Reincarnation.

Carmageddon: Reincarnation is currently slated to launch on Microsoft Windows, Linux OS X, PlayStation 4 and Xbox One at some time in Q1 of 2014 with no mention of a current generation console version. (Xbox 360 and PlayStation 3)

The official confirmation of Carmageddon came all the way back in 2003 thanks to a financial report. Since then, the game has gone through various developers, publishers and states of development as a video game.  The developers were originally shown to be Visual Sciences (which was closed in February of 2006) who were working on the title “Carmageddon TV”, a game for the portable system and commercial flop, the “Gizmondo” from Tiger Telematics (which has sold less than 25,000 units in its lifetime).

Publisher at the time was shown to be 2K Games and the lesser known SCi (who purchased Eidos that was in turn purchased by powerhouse developer and publisher Square Enix). There was initially very little information regarding the game made public until sometime in late 2005 when SCi merged with Eidos Interactive (Tomb Raider, Hitman, Deus Ex) and decided that the game should be put on hold and as a result development halted.

The reasons for this was never made public, fan speculation cantered around the game not appealing to modern gaming audiences, making it financially unfeasible. Due to this lack of available information and the cessation of all press releases and updates, it was assumed by those inside and outside of the media that the game had been canned and that Eidos had moved on to new projects.

More recently however, in 2011 the developers of the original Carmageddon games “Stainless Games” managed to buy back the rights to Carmageddon from the (at the time) current copyright holders, Square Enix Europe (Thief, Kane and Lynch and Dragon Quest). With these reacquired rights to the property, Stainless Games revealed that there was a brand new Carmageddon game already in its early pre-production stage. Since the initial reveal of the pre-production reveal of their new Carmageddon game there has been various screenshots showing an early playable build of the game and numerous pieces of conceptual artwork. Since then it was announced that although the game will come to multiple gaming platforms, it will not be receiving a retail release and will instead be an entirely digital product, available only via direct digital download. 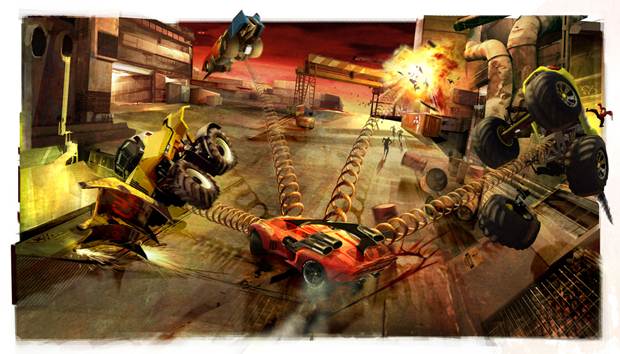 On May 8th of 2012 Stainless Games officially announced through the official website for Carmageddon: Reincarnation that the game was going to be funded through the crowd funding site Kickstarter, with the funding came a promise of a February 2013 release date via Steam. The goal set by Stainless Steel was $400,000 through Kickstarter, to help accomplish their goal they included numerous incentives to entice fans of the series. Anyone that pledged $1000 dollars to the project would have a chance of being featured in the game, this was called the Fatal Immortality package which included all the goodies from the pledges below.

The official description is:

“FATAL IMMORTALITY: You can be a Pedestrian in the game! Or choose somebody you don’t like (but we will need their permission, unfortunately – damn you Western legal system!) We’ll map your or their face onto one of our in-game victims (you’ll get a choice of what style of ped you’d like to be – or you want your mother-in-law to be), so you can chase yourself and other Kickstarter backers and their nemesiseseseseses down in the game. We’ll even throw in an exclusive Carmageddon First Aid kit. You’ll need it! Yes, a physical THING to go with the abstract reward of digital immortality (or more accurately, repeated DEATH). (+Previous Rewards below $750)”

Within 10 days, the goal of $400,000 was reached and developers announced that if the project could raise an excess of $600,000 then the game would be ported to Mac and Linux based operating systems. By the end of the campaign (June 6th 2012) the kickstarted fund had raised $625,143. What followed was a series of email updates on how the game was coming along and specifics on development details. In December of 2012 backers were sent an email informing them that the expanded scope of the game and the changes that were being implemented would take the better part of 2013, thus pushing back the release date.

On March 20th 2013 the game received an additional 3.5 million dollars from Les Edgar, co-founder of Bullfrog Productions LTD to develop the game for next gen consoles. On September 26th 2013 news came down the line that the PC version of the game will be available On Steam in Q1 of 2014.

At the time of writing, there is no information regarding the games story. It is however safe to assume that the game will follow its usual crazed style and introduce gamers to an obscure, if not insane reason for the ensuing chaos of Carmageddon. 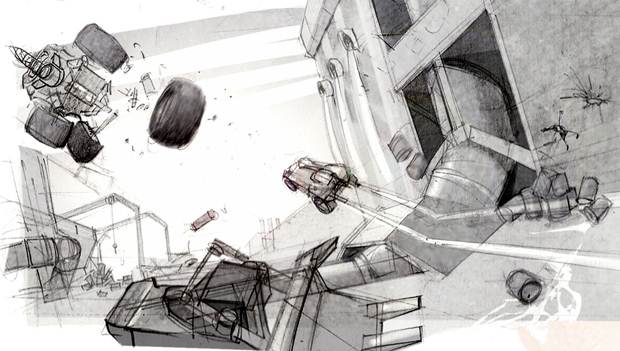 Carmageddon has a basic gameplay premise, and it’s this simplistic gameplay makes it both a cult phenomenon with a huge fan base and an amazingly fun game. Players will engage in vehicular from a primarily 3rd person perspective as they race around various environments waging war against their opponents with all manner of weapons and power ups. And if any civilians just so happen to get in the way, the more is their pity. 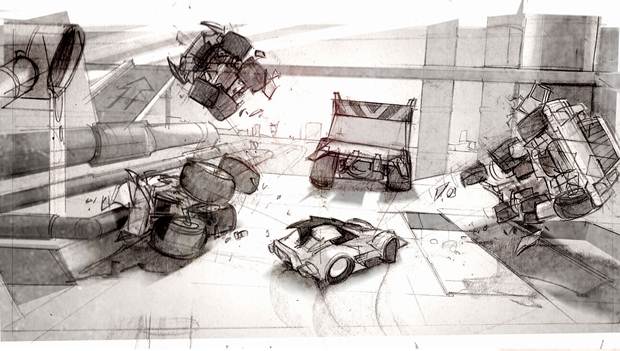 Similarly to the plot, Stainless Steel are keeping a tight lid on who you can expect to see in this game, they have mentioned that many old and new characters will be returning. But in doing so they did give away the name of one racer in particular. “A host of old favourites make a comeback, along with some all-new faces. Only ever seen before as low resolution mugshots, now you’ll get to see them from head to toe (well, head to knees in the case of Screwie there) in full HD 3D glory – usually as they smash through their windscreen and hurtle past (or INTO) yours!”

Screwie – Screwie Lewie is a racer from the Carmageddon series who drives “The Twister”, his 1.7 ton supercar/monster truck/light aircraft/mole machine contraption comes outfitted with appropriately ridiculous tires and a large screw shaped weapon mounted on the front. Screwie also happens to be missing his legs, no official records exist explaining this, but it’s safe to assume it was an accident involving a vehicle of some sort.