We are Crimson Owl Studios, a team of 5 game developers from the Netherlands, who will share about the development of our very first (and still unfinished) game, Caromble! For most of us this is our first “real” game project, where we stumble upon all aspects of creating a game. In this post we will write about the start of this project and the initial game design some years ago. Yes, this project has been going on for some time now, partly because we have ‘regular’ day jobs and only work on Caromble! on Fridays.

During our Computer Science study we started to build a 3D game engine in our spare time. Along the way we created some game prototypes. Of course, with us being new game design enthusiasts, our first game ideas were far too complex ( we even did some Motion Capture!) and with a group of only technical people most prototypes didn’t look very appealing. Luckily, at the Global Game Jam in 2009 we met our experienced graphics artist. 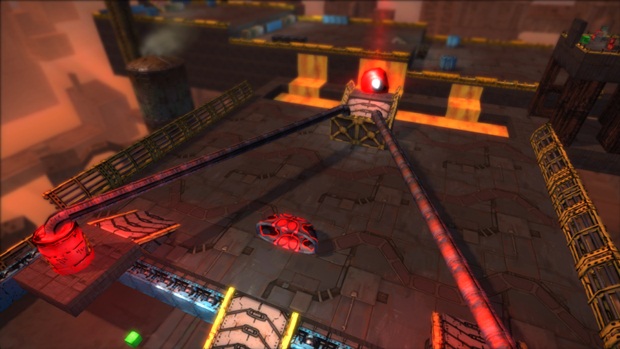 For our first earnest game attempt we wanted to keep things simple. Also because we decided to only work one day a week and keep our regular day jobs. Soon we decided to create a game inspired by the brick-breaking game Breakout, which is a fairly straightforward game with simple mechanics. We decided to breath new live into the concept by converting it into 3D, use real-time physics, and juicing it up with modern graphics.

Our vision changed a lot during development. The first prototype of Caromble! focused on destroying cities and a growing ball (Katamari Damacy style). When showing it publicly people were already pretty positive about that version, but we wanted Caromble! to be more than just another Breakout. So we thought of more features to create a unique game, like bringing the 3D world into the gameplay, adding pinball mechanics, introducing puzzle elements and creating a distinctive atmosphere and tone for the game. 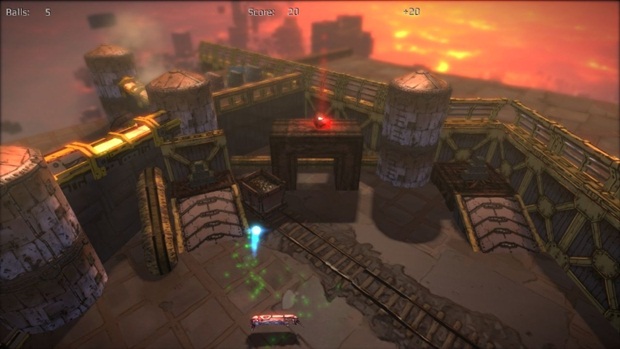 For us, working on Caromble! is a great journey. Brick-breaker and pinball games have a very fixed set of gameplay mechanics, but there is still so much you can do with a  few extra things. We are still discovering new ways of combining  our current feature set to create interesting gameplay and that’s very exciting. We can’t wait to share it with you!

Stay tuned for the next entry in this developer’s journal and please vote for Caromble! on Steam Greenlight.

Developer journals is an ongoing series at GamingBolt which aims to give our readers an inside look into the development process of video games. These journals are written by game developers  who share their experiences/difficulties etc while developing the game/engine/middleware. You can find and read more Developer Journals here.