Read what makes this game so good.

Possibly Chivalry: Medieval Warfare’s biggest problem is the name. This has got to be the most unfortunately named game ever, considering the quality of the game itself versus the connotations that the name carry. And it’s true, the name does make it sound like a cheap, medieval themed Call of Duty knock off trying to cash in on the craze with a new hook. That, coupled with the fact that it’s an unforgiving multiplayer niche PC game, means that it’s doomed from the start as far as recognition from the general public goes.

More’s the pity, then. Chivalry is awesome. 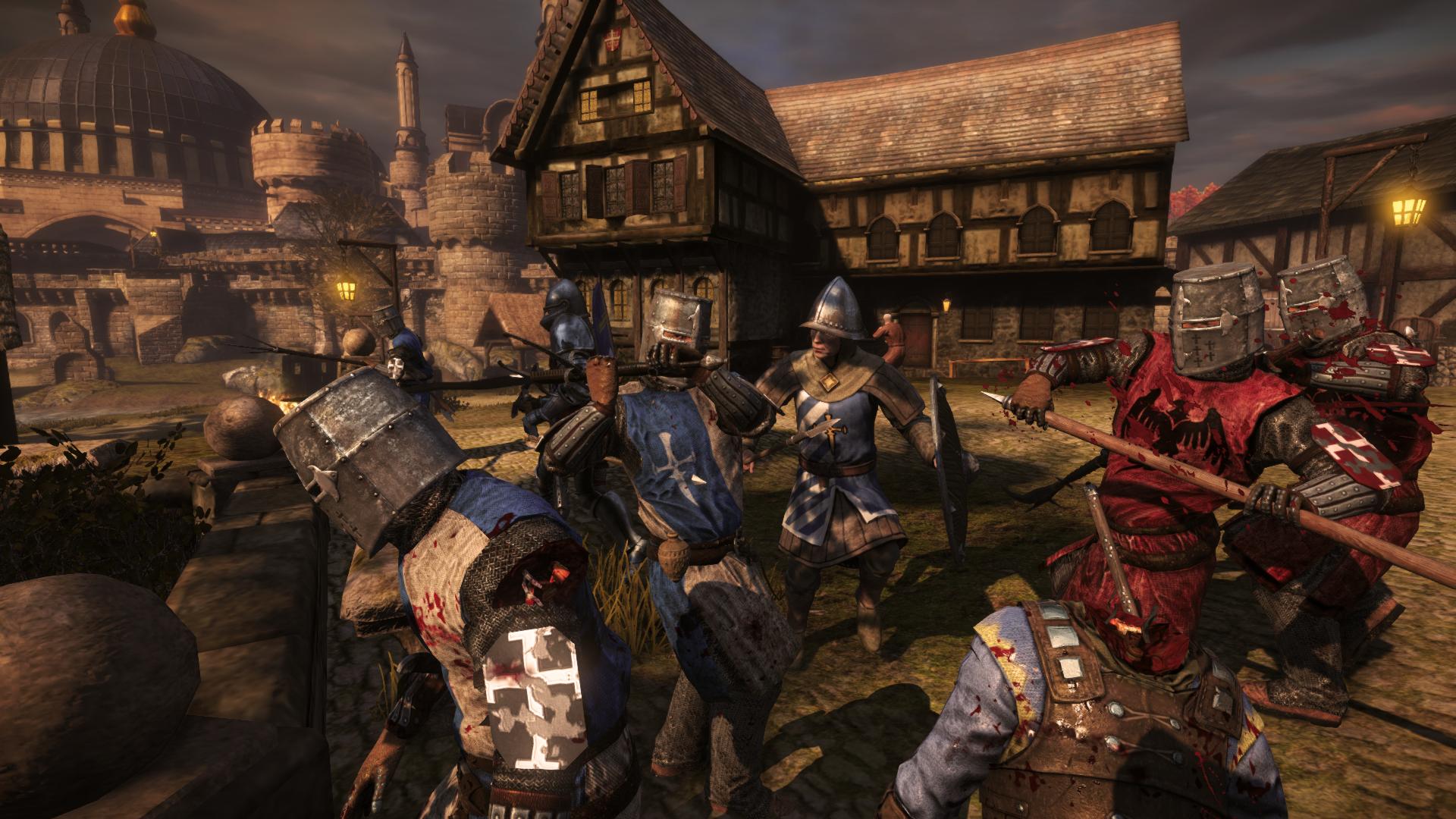 It’s deceptive, of course. The game, with its complete lack of a single player mode (sans the tutorial; quite a bit like War of the Roses in that regard, actually). with its extremely short list of classes (a grand total of four), and five multiplayer modes (which, if you were to judge only by their names, are pretty run of the mill and ordinary), almost begs you to dismiss it. Should you actually start playing it, however, you’re in for a treat. On the surface, it might look superficial, lazy even. Under it all, it’s deep, it’s varied, and it’s immensely satisfying.

For starters, let’s just take the classes; these are four highly differentiated classes, each with its own distinct style of gameplay, each well balanced, and each suited to a specific style of playing. Vanguards are like massive tanks, capable of taking a lot of damage, but sacrificing a lot of their attack power and agility in the process; Vanguards are deadly and lethal up close, but can’t don the best armor in the game, and lack range; Men-at-arms are speedy, and are best suited to landing a quick succession of blows while dodging enemy attacks; archers are the only ranged class in the game.

Then there’s the game modes themselves. Aside from the single player tutorial, which is used to acclimatize new players to the game’s rather overwhelming mechanics, there are also five multiplayer game modes. These are Team Deathmatch, King of the Hill, Last Team Standing, Team Objective, and Free-For-All. All of these are exactly what they sound like, with Last Team Standing standing out as the most chaotic, and Team Objective as the most varied, as you are assigned new objectives (anything from defending your keep to assassinating targets), and yet, they remain immensely fun to play.

A lot of that probably comes down to the combat. There’s different weapons available to different classes, and then higher leveled, better versions that can be unlocked by hitting a certain kill quota; in addition, you can have secondary weapons, armor, and a special item which you can take with you into battle. You can change classes mid game if you don’t like the way you’re playing, and that ensures that you never quite lose interest.

Moreover, unlike its genresake War of the Roses, which took a novel approach to combat by assigning unprecedented depth (and as a corollary, unprecedented complexity) to its swordfighting controls, Chivalry keeps it simple: you attack with the left mouse button, you block with the right. And it’s true, unlike War of the Roses, combat in Chivalry never quite reaches the same exhilarating and personally satisfying heights that it does in the former game; at the same time, Chivalry also skips past the hours of frustration inevitably encountered while one is getting used to War of the Roses, and remains much more viscerally satisfying.

A lot of which probably has to do with how almost comically violent the game can get. Limbs go flying off, blood showers out from stumps in gleeful fountains, and the environment itself plays into battle, with ravines, cliffs, spike pits, and other environmental hazards that you can use to perform some great looking kills.

None of this is in the least bit affected by the average at best production qualities of the game- the graphics are mediocre, with clunky animations, and the textures leaving a lot to be desired (although, to be fair, I can say with complete confidence that it looks better than War of the Roses). I’d like to say the sound adds to the atmosphere, but objectively speaking, it too is nothing special.

And when you get down to it, none of that matters in the slightest, because the game is just so darned fun to play. Yes, it’s not as deep or ultimately satisfying in the long run as War of the Roses, but it is more fun and more gratuitous, and ultimately recommended if you can actually stomach it.

Accessible combat unlike other games in the series; visceral and fun; great variety, well balanced classes; environmental destruction is fun to watch; hours and hours of content

Mediocre production values; lacks the depth in combat of other games in its genre; multiplayer only

Final Verdict:
SUPERB
If you can stomach it, there is no reason for you to not play Chivalry: Medieval Warfare.
A copy of this game was provided by Developer/Publisher/Distributor/PR Agency for review purposes. Click here to know more about our Reviews Policy.