We ask Chris about his future plans and how he came across ideas for City Tuesday.

Posted By Shubhankar Parijat | On 25th, Oct. 2012 Under Interviews

We recently had a chat with Chris Zukowski, indie developer and creator of recently released City Tuesday, and we asked him about some of his ideas for the game and what his plans for the future are.

Give it a read below, and tell us what you think in the comments section! 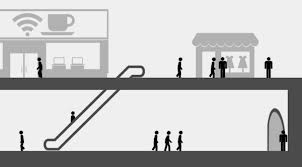 GamingBolt: City Tuesday has a very unique visual style for a console game, especially considering the turn this generation of gaming has taken. What prompted you to go for that specific style for the game?

Chris Zukowski: I think this console generation is the first that doesnt think that the best graphics are the ones that look the most realistic. Just look at games like Braid or Super Meat Boy.

The style came from info graphics and AIGA signage that is so popular around subways. I wanted to make a visual connection about signs that tell us how to be safe and the information style that newspapers use to describe things like terrorists.

GB: Some critics have criticized the very short replay value of the game, saying it doesn’t last very long. What is your take on this?

CZ: For some reason nerd culture is all about gigantism. The cornerstones such as Lord of the Rings and Star Wars are expansive multi-volume franchises. Similar with the Game of Throne Series.

I think there should also be short stories that have a strong message told in a very economic way.

Plus the game is a dollar. 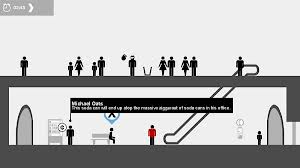 GB: Do you think you will be expanding on City Tuesday with maybe DLCs, spin off or maybe even a new game?

CZ: Probably not. I have so many other ideas and my life is only so long. I want to try those other things.

GB: The concept of City Tuesday is really interesting and intriguing. How did you come up with something like this?

CZ: I really like Majora’s Mask and I think the strongest part of the game was the time mechanic. But I think there is too much other “stuff” in that game. So I yelled out “We need a short game with only the best parts of Majora’s!” And then two years later it was born.

GB: How did you manage to make the concept fit so well in a puzzle game? On paper, they don’t seem to go well together, but things are pretty different when you actually play the game.

CZ: I just thought what would I do if I was reliving the same day. If it did happen to you, you would essentially have omniscience because you follow anyone and learn anything you wanted out of them. So for puzzles I just had to make it so each NPC knew something that you didn’t know but could eventually learn.

GB: City Tuesday has a very reasonable price tag, so do you think that price tag is justified for consumers given the content in the game?

CZ: A snickers bar costs more and I can eat one in a minute. 30 seconds if someone challenges me to an eating contest. 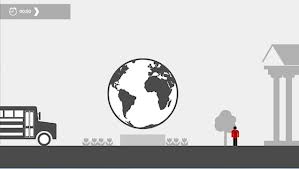 GB: Being an indie developer, do you think it’s hard to get the job done as compared to other devs? Or does it depend on how the publisher handles things?

CZ: I can make the game on my own time. So it is easier. But it did take longer than if I had a publisher breathing down my neck.

GB: How has your partnership with Microsoft been? Do you see yourself committing to this for the foreseeable future?

CZ: City Tuesday was released on XBLIG which isn’t really a partnership. Instead, it is more of a marketplace that I pay them a cut in order for me to put my game there. It was a great place to release your first game but I am moving on to more dynamic markets like the iOS.

GB: Do you plan on making large-scale games going forward, maybe along the lines of Braid or Limbo?

CZ: No. I don’t think I ever want to make another game that has a story. Puzzles and snazzy graphics like that are very time consuming and once players go through it once, they don’t really want to play again. I am more excited by games that could be played forever. I can still pick up Pac-Man or Tetris and have a great time. They never get old. Those are the type of games I will be making going forward.