Not exactly a leisurely walk through the desert, but still a thrilling one.

Being a game in the survival genre – which isn’t doing too well these days – and being one that’s only now come out of Early Access – which usually means a game is shamelessly unfinished and buggy – should have spelt utter doom for Conan Exiles. At the very least, it was all pointing toward the fact that the game wasn’t going to be very good, even if it wouldn’t be a complete mess. Surprisingly, pleasantly, none of that is true. Conan Exiles doesn’t do much that its precursors in the genre haven’t done, and simply by virtue of being a survival game, this isn’t the most accessible game out there, but once you get into it, it can keep you hooked for dozens of hours. 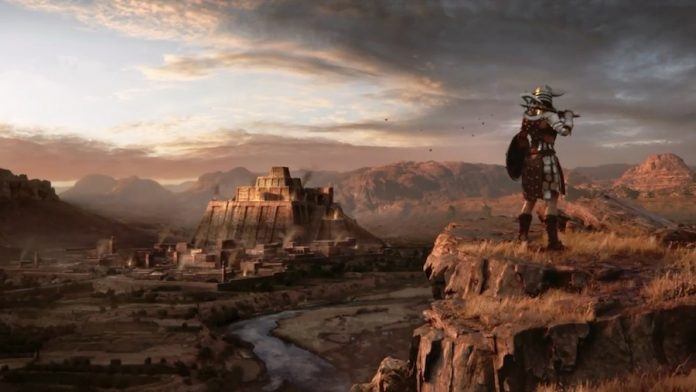 "Conan Exiles doesn’t do much that its precursors in the genre haven’t done, and simply by virtue of being a survival game, this isn’t the most accessible game out there, but once you get into it, it can keep you hooked for dozens of hours."

After you’ve created your custom character, the games starts off as the titular Conan (who you don’t see or hear much of for the rest of the game) sets you free from your bonds. You’re a criminal, who’s been crucified and left to die for your crimes in the harsh and untamed Exiled Lands, and after you’re set free, it’s up to you to find a way to survive everything the game throws at you consequently. And that’s all the setup there is- and all the setup you need. Where you go and what you do after that is left entirely up to you, with the sole goal being survival.

You start off small, scrounging for food and water and clothes and the most rudimentary weapons, picking up any and all resources you can find in the environment and putting together whatever tools you can with what you have at your disposal. As you progress, though, Conan Exiles grows, going from being a game about the basest survival to becoming one about building, maintaining, and conquering. Within a few hours, you start worrying about bigger things, like building a home for yourself, and that just keeps on growing, to the point where you’re building towers, bases, cities, and outposts.

When, where, and how you do that is your choice entirely. Other than providing you with a basic checklist of things to do while you play, there is no structure at all in the game. There are no quests, no developments of the story (primarily because there really is no story), and no end goal to work towards. For many players, that might be a bit of a turn off, as the game does tend to feel a bit aimless at times, especially in the first couple hours or so. But once you’ve understood the mechanics and grasped what the gameplay loop is all about (which won’t take long if you’ve played survival games before), Exiles really comes into its own. "As you progress, Conan Exiles grows, going from being a game about the basest survival to becoming one about building, maintaining, and conquering."

The loop of collecting resources to build up your bases and make them stronger is a deeply addictive one. Seeing your settlement going from being just a collection of structures at first to becoming a full fledged fortress is truly gratifying. These settlements also get attacked quite often, so you always have to keep their defence in mind, which can entail building siege weaponry, erecting high walls, or capturing NPCs and turning them into slaves to raise a veritable army of sorts. Once you’ve spent a few hours playing the game, the mad scramble for basic survival becomes a thing of the past, and Conan Exiles becomes a game that is more about building and management.

But thankfully enough, it doesn’t plateau there. The world of Conan Exiles is a large one, and it is filled with opportunities for exploration, and going out in the world to do so always reaps new rewards. You might chance upon new resources you can make use of to build and craft new stuff, or you might find dungeons that hide precious loot, or you might run into bosses that yield valuable rewards upon being defeated. Before you venture out of your base and into the world to do these things though, the game demands that you plan ahead. Dressing according to the weather and the climate, for instance, is something that you must always keep in mind, as well as making sure you have the proper equipment, food, and weapons on your person before you venture out. All of this feeds into constant expansion and growth, making the loop a deeply engaging one.

There are some issues with Exiles though. For one, it is not a very accessible game. If you’ve played survival games like Ark and Rust before, you probably won’t agree with that, because not only would you have experience in the area, Conan is also a lot easier to get into than those two are. There are some QoL improvements over other games in the genre – for instance, crafting is done within the menu. By its very nature, though, Conan Exiles is a harsh and unforgiving game. You will die a lot, and all manner of things can prove to be deadly, from food poisoning to thirst to its brutal combat. For those who do not have much experience in this genre, at least the first few hours will test your patience. On top of that, the general feeling of aimlessness can also be a little off-putting. Sure, that gradually goes away as you begin to understand what the point of the game really is, but if you’re the kind of player who prefers their games to have at least some structure or some sort of a guided experience, Conan Exiles may not be for you. 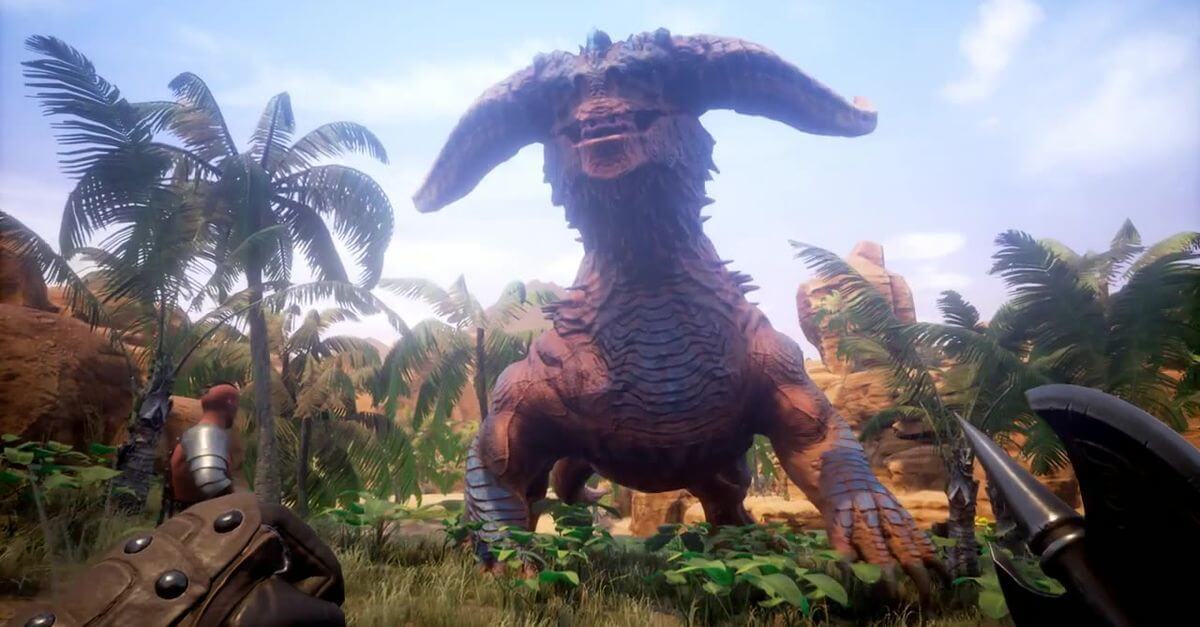 "If you’re the kind of player who prefers their games to have at least some structure or some sort of a guided experience, Conan Exiles may not be for you."

Then there are the technical issues, of which there are plenty in the game. The locations in the game can look very beautiful, and the biomes genuinely do have a great deal of variation, but where most of that is down to the game’s art style, when it comes to the technical aspects, Exiles falters. Textures are often muddy and undefined, the frame rate can be very choppy at times, while some of the animations are quite jerky. There’s a lot of jank here. It’s a game with a lot of rough edges, and while I expect many of these issues to be addressed by constant patches and support from Funcom, as it stands right now these are hard to ignore.

Conan Exiles is a game that can potentially provide you with dozens of hours of gameplay. If you’re a veteran of the survival genre, you’ll find that it doesn’t do much – if not anything – that other games haven’t done before; but what it does, it does very well. If you’re new to the genre, you’ll probably find the game, by its very nature, a little aimless, and maybe a little intimidating. But for both these kinds of players, once you’re a few hours into the experience and find yourself caught deep in the ever-growing loot of survival, collection, building, and expanding, you’ll realize that getting past those issues is well worth it.

Final Verdict:
GOOD
Conan Exiles isn't revolutionary, and it has its fair share of issues, but it's also a very engaging, addictive experience that can keep you hooked for dozens of hours.
A copy of this game was provided by Developer/Publisher/Distributor/PR Agency for review purposes. Click here to know more about our Reviews Policy.