Some games have a certain capacity they reach where they just can’t do any better. Sometimes this is due to low budgets and production values, sometimes it’s a lack of post-release support. In the case of Conduit 2, it’s the platform it has been designed for. Though part of the game’s charm is its ability to bring a solid FPS to the Wii, this same hardware and online infrastructure is what drags the game down somewhat. It’s still a well realized title but, unless you’re really desperate for a shooter on the Wii, you’ll be better served by other games on other formats.

The story sees you reprise your role as Michael Ford as you chase the evil John Adams across the world through a series of conduits. Some aliens wind up crashing the party, but it never does truly escape the tired old paradigm of good versus evil. The plot in general also feels quite confused, with some odd bits of humour off-setting some more serious overtones. At any other time I’d call this narrative diversity, but in Conduit 2 it just seems like the two elements don’t really fit together all that well. The story takes you through a pleasant variety of different locations that each have a unique and satisfying art direction. Aside from this and a few impressive boss battles though, the campaign is generally quite drab. Despite a reasonable length, you’ll find Conduit 2’s single player filling this time with many repetitive and tired shooter mechanics. Expect to clear out a lot of narrow hallways and corridors, and flick numerous switches. 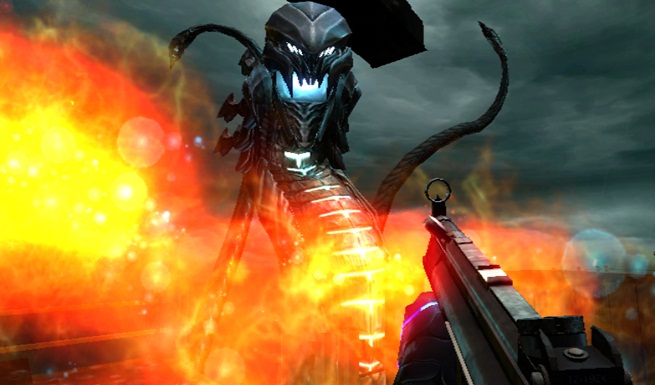 The engine used throughout does feel rather generic but, for a Wii shooter, is actually quite well accomplished. There are just one or two controls elements that feel off though. The fact that your sprint and crouch actions are mapped to the same button is a bit eccentric, and having to thrust your remote to melee will never work, as it mercilessly throws your aiming reticule off-target. Thankfully, High Voltage have had the foresight to allow you to alter most of these unusual control elements through the game’s extensive control options. Wii Motion Plus support for extra control, Classic Controller support for those who hate the waggle and a variety of other sensitivity related alterations you can make based on your preferences. Should you take offence at the game’s default control scheme there’s a lot you can do to make it more suitable for your preferences, but it can take some time to nail that sweet spot. I was also annoyed by some particularly glaring omissions. Why, if there’s classic controller support, can’t I use a Gamecube controller? I may be in the minority, but I still don’t like to feel left out in my love of reusing old peripherals.

More impressively on the customization front is the amount of perks you can unlock. This can be done through credits that you earn in, both solo and, multiplayer matches. As a result you can customize your loadouts in all game modes in Conduit 2, certainly a feature worth noting. There are some distinctly disappointing choices by comparison though. The weapons for instance are all distinctly similar and, aside from a few vaguely unique alien weapons, there is nothing to separate Conduit 2’s weaponry from the legions of other FPS arsenals available on other systems. The enemies too also become tiresome and repetitive. A clever re-skin is not enough to disguise the fact that it’s the same basic enemy repeated. 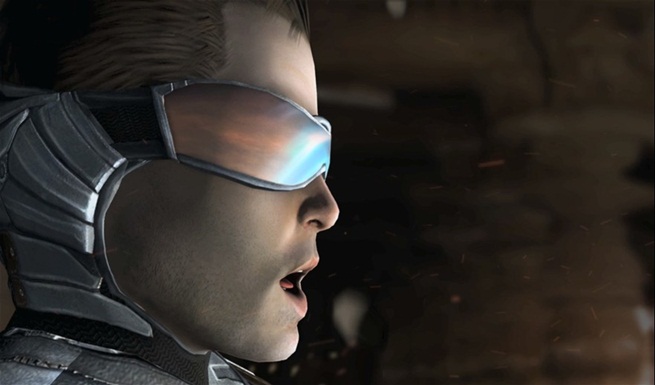 The story is let down by awkward characters and dialogue

There is quite clearly a lot of content in Conduit 2 however, even if it does become tiresome. One area where it does particularly excel is in the multiplayer modes. As far as Wii shooters go, Conduit 2 offers the most fully fleshed out online experience seen in a game yet. A suite of twelve modes offers impressive variety, along with a tasty and numerous selection of maps. It is a lot of fun, and the twelve player matches often become hectic and exhilarating. I do find myself making excuses for it on account of its native platform however. Though Conduit 2 has a solid online mode, it isn’t particularly impressive or unique when compared to other contemporary titles on other systems. It definitely does a good job of creating a competitive online environment on the Wii’s unimpressive online system, but it certainly could’ve been better implemented with a more robust online infrastructure backing it.

Conduit 2’s presentation is a mixed affair. Graphically speaking the game looks nice, with some impressive motion blur and reflection effects. The problem is that it seems that High Voltage have pushed the envelope a bit too far for the Wii’s usually uninspiring graphical capabilities, resulting in several noticeable visuals glitches. Disappearing textures and flickering walls are among a series of immersion breaking problems. The sound too is problematic with some hammy voice acting and generic music poorly framing the game’s story. 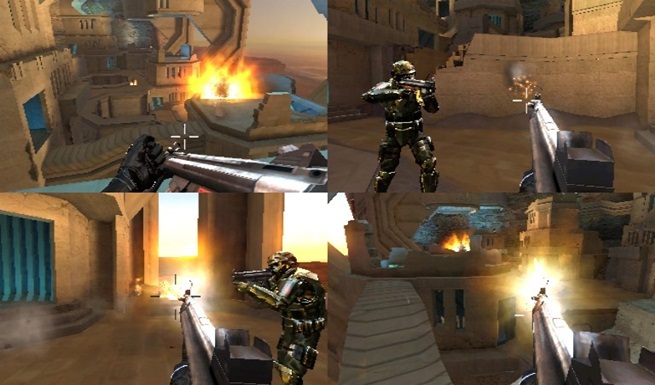 You’ll notice that throughout my praise of Conduit 2, I’ve normally accompanied my compliments with the phrase “for a Wii game.” Unfortunately for Conduit 2, it is a rather unsatisfying and generic shooter that is only remarkable for successfully translating the mainstays of the FPS genre to the Wii. Though there are worse games out there, there are many superior titles within the genre on other consoles. Unless you’re desperate for a shooter on the Wii, Conduit 2 is worth a miss.

Final Verdict:
FAIR
The Wii's only real FPS franchise returns and, though Conduit 2 offers one of the more robust shooting experiences on the Wii, it still falls flat in a few key areas
A copy of this game was provided by Developer/Publisher/Distributor/PR Agency for review purposes. Click here to know more about our Reviews Policy.