Madfinger Games today announced that Shadowgun, one of the most eagerly anticipated games of the fall for tablets and smartphones, is going to be launching in the App Store on September 28.  The game brings console-quality graphics to a mobile device and received tremendous buzz at E3 and Gamescom.
Authored with the Unity development platform, Shadowgun combines tactical combat with third person action, ushering in a new visual standard for handheld gaming. Shadowgun puts players into the role of John Slade, a professional bounty hunter in the year 2350. Slade’s mission: hunt down Dr. Edgar Simon, renowned geneticist and former employee of the trans-galactic corporation Toltech Enterprises. Players must lead “shadowgun” John Slade as he infiltrates Dr. Simon’s mountain fortress and fights his personal army of mutants, cyborgs, and genetically-enhanced humanoids.
Check out the new screens below. 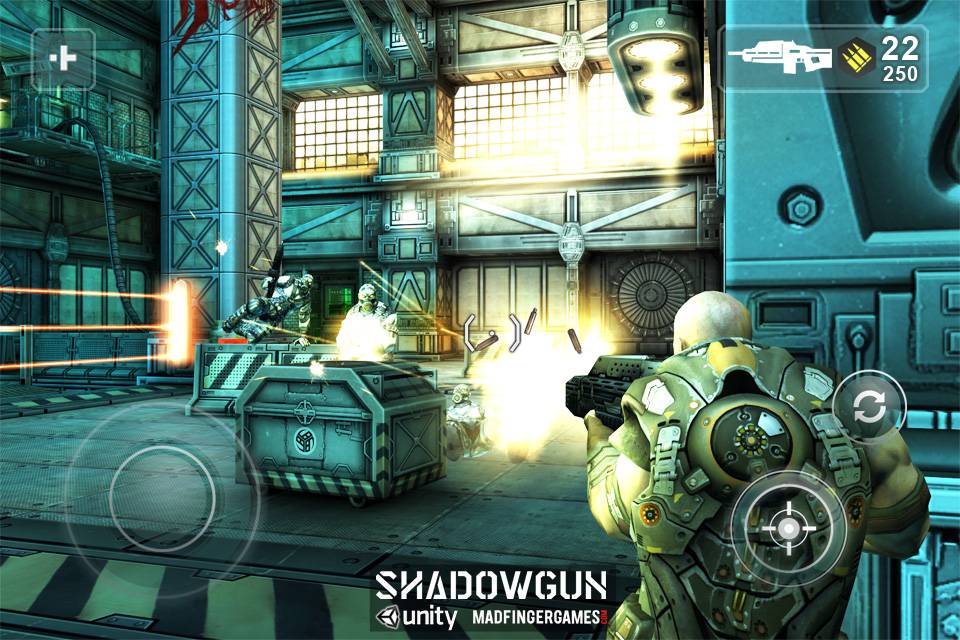