“Still getting ignored by Nintendo when the game was done and set to release is highly frustrating.” 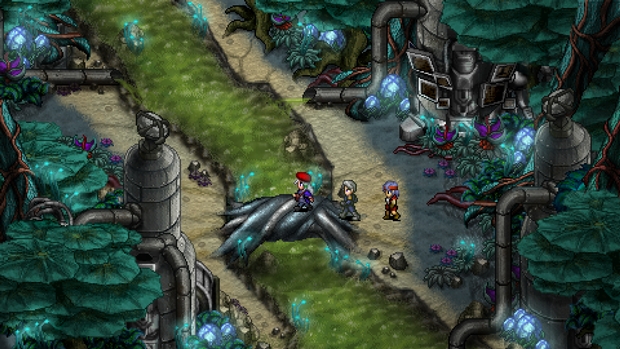 The Nintendo Switch has become a haven for indie games, and multiple indie game developers have gushed about how much support they have received from not just the Switch community of players, who buy their games in droves, but also Nintendo, who apparently go the extra mile in being accommodating for them.

However, not all developers have a happy story when it comes to working with the Big N. For instance, take Zeboyd Games, who released Cosmic Star Heroine, an indie turn based RPG, for the Switch recently (previously, it had been launched for PS4, PS Vita, and PC). Speaking on ResetEra, Zeboyd’s Robert Boyd explained that he was frustrated at the lack of support he and his game had received from Nintendo.

“We got an okay number of reviews, but yeah, we couldn’t get Nintendo to mention the game anywhere,” he said. “Real shame since even a retweet from Nintendo probably would have given us a big boost in visibility. I get that it was just a port, but after spending months getting stonewalled by Nintendo when we were trying to get permission to release on Switch, going “fine, we’ll play by your rules” and getting a publisher so we could get approved, and still getting ignored by Nintendo when the game was done and set to release is highly frustrating.”

He talks about how the Switch community, which clearly enjoys turn based RPGs (going by the success of Octopath Traveler) and might have enjoyed Cosmic Star Heroine, if only they knew the game existed.

“It’s a good game and I daresay a good percent of those million+ people who bought Octopath Traveler would like our game if they knew it existed,” Boyd said. “We couldn’t even get somebody to fix our store page before launch (which never indicated that the game had a preorder/early purchase sale and until just recently, didn’t even have our trailer on it) and the page went up about a month before launch so there was plenty of time.”

It’s disheartening to hear that Nintendo did not support Boyd with his game. Yes, in general, they seem to be very good at working with developers now, but they shouldn’t let games like Cosmic Star Heroine slip under the cracks, either. As Boyd notes, the game might have done better if only people actually knew it existed.