Counter-Strike: Source is the newest update to the old Half-Life mod, Counter-Strike.  Counter-Strike is a multiplayer, team-based first-person shooter in which two teams, the terrorist and the counter-terrorists, compete in a variety of different game modes. These game modes include team deathmatch, attack and defend, and multiple communtiy game modes, which won’t be covered in this review.

Team deathmatch is your basic Team A vs Team B affair, in which the two teams attempt to eliminate each other. Once you die, you don’t respawn until the next match. This adds to the tactical feel of the game. In attack and defend, the terrorist team is attempting to plant explosives in one of two designated zones. The counter-terrorist team is trying to eliminate the terrorists before they have a chance to detonate the explosives. 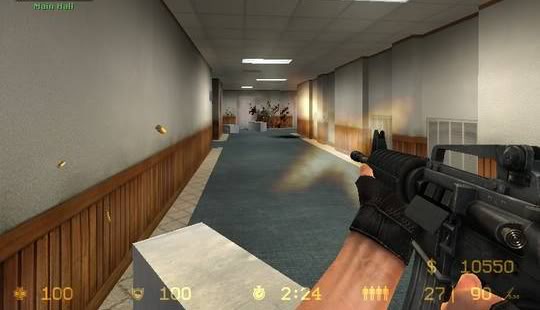 The graphics in Counter-Strike: Source are great for a game of it’s time and still holds up in today’s world. The physics are some of the most realistic in gaming, until you go into mod servers. The guns have realistic recoil and bodies will go flying if hit by a grenade. This is all thanks to Valve’s groundbreaking Source engine, the same engine used in the critically acclaimed first-person shooter, Half-Life 2.

The gameplay is as good as the graphics. Movement is fluid and aiming is easy. The guns each have there own sound and feel to them. Using an assault rifle feels different than using a sniper rifle and they all sound realistic. The maps are small enough that you won’t run around for to long without contact. This all helps with the games immersion. 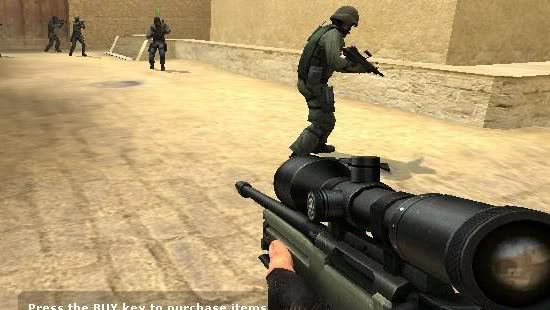 Most of the fun comes from the community of the game, which is understandable for a multiplayer game. The only problem with this is that most servers are filled with jerks, racists, or 10 year-old kids using Teletubby skins (I wish I was kidding). But the game makes up for that with the good mods, the great gameplay, and the real servers. This is a PC game that you should not miss.

Final Verdict:
EDITOR’S CHOICE
Counter-Strike: Source is a PC game that no one should miss out on.
A copy of this game was provided by Developer/Publisher/Distributor/PR Agency for review purposes. Click here to know more about our Reviews Policy.