Crash Bandicoot 4: It’s About Time Guide – 10 Tips and Tricks to Keep in Mind

Have a wumping good time with these nifty pointers.

Crash Bandicoot has been back in our lives for a while now, and been back in excellent form, but even these past few years, all we’ve done is take a trip down memory lane with Crash and co. N.Sane Trilogy and CTR Nitro-Fueled are great games, but they’re remakes- now, with Crash 4, we finally, at long last, have a brand new mainline Crash game to play. Many of you will be doing just that, and to make your early hours in the game a little bit smoother, we’ve got some beginners tips and tricks for you to keep in mind. Without further ado, let’s get started.

As Crash Bandicoot 4 begins, it will give you a crucial choice- do you want to play with the Modern playstyle or the Retro playstyle? In Modern mode, you have infinite lives, and when you die, you restart from a checkpoint, whereas in Retro mode, you have limited lives, and you have to restart the level upon death. Crash veterans will be tempted to go with the latter, and you are, of course, welcome to try that right off the bat if you want- but Modern is the recommended play style. Crash Bandicoot 4 isn’t an easy game, in true Crash fashion, and it’s recommended that in your first few hours with the game, you stick with Modern- especially if you’re new to Crash.

Given Crash 4’s above-average difficulty, it’s also a good idea to not rush through levels. There’s hazards everywhere in the form of environmental gauntlets and enemies looking to take you out, so it’s best take stock of your surroundings as you proceed through levels. Take your time, and make your jumps carefully. If you’re gem hunting (which we’ll get to in a bit), taking your time and not dying unnecessary deaths is even more crucial, because every level has a gem that you only get if you make it to the finish line with 3 deaths or fewer.

Crash Bandicoot 4: It’s About Time might be a linear platformer, but that doesn’t mean there’s nothing to see except what the game explicitly shows you on the screen. There’s a lot going on in every level in this game, and you’re going to want to explore your surroundings- and that’s not just because there’s tons of beautiful sights to take in. Crevices, hidden rooms, cracks in walls, and what have you are often hiding hidden collectibles, so keep an eye out for hidden areas. Meanwhile, you can also use your right stick to slightly pan the camera up and down and check to see if your surroundings have any collectibles that are not immediately visible on your screen.

In Crash Bandicoot 4, whatever character you’re playing with will have a yellow ring and shadow attached to the bottom of their character model, and while this might seem distracting at first, it’s actually an incredibly helpful tool. Use this shadow to time and judge your jumps. It’s great for perceiving depth and figuring out what the distance between jumps is, and careful navigation with the help of this yellow ring can often prove to be the difference between life and death. Of course, if the yellow ring is really bugging you, you can always go ahead and turn it off. 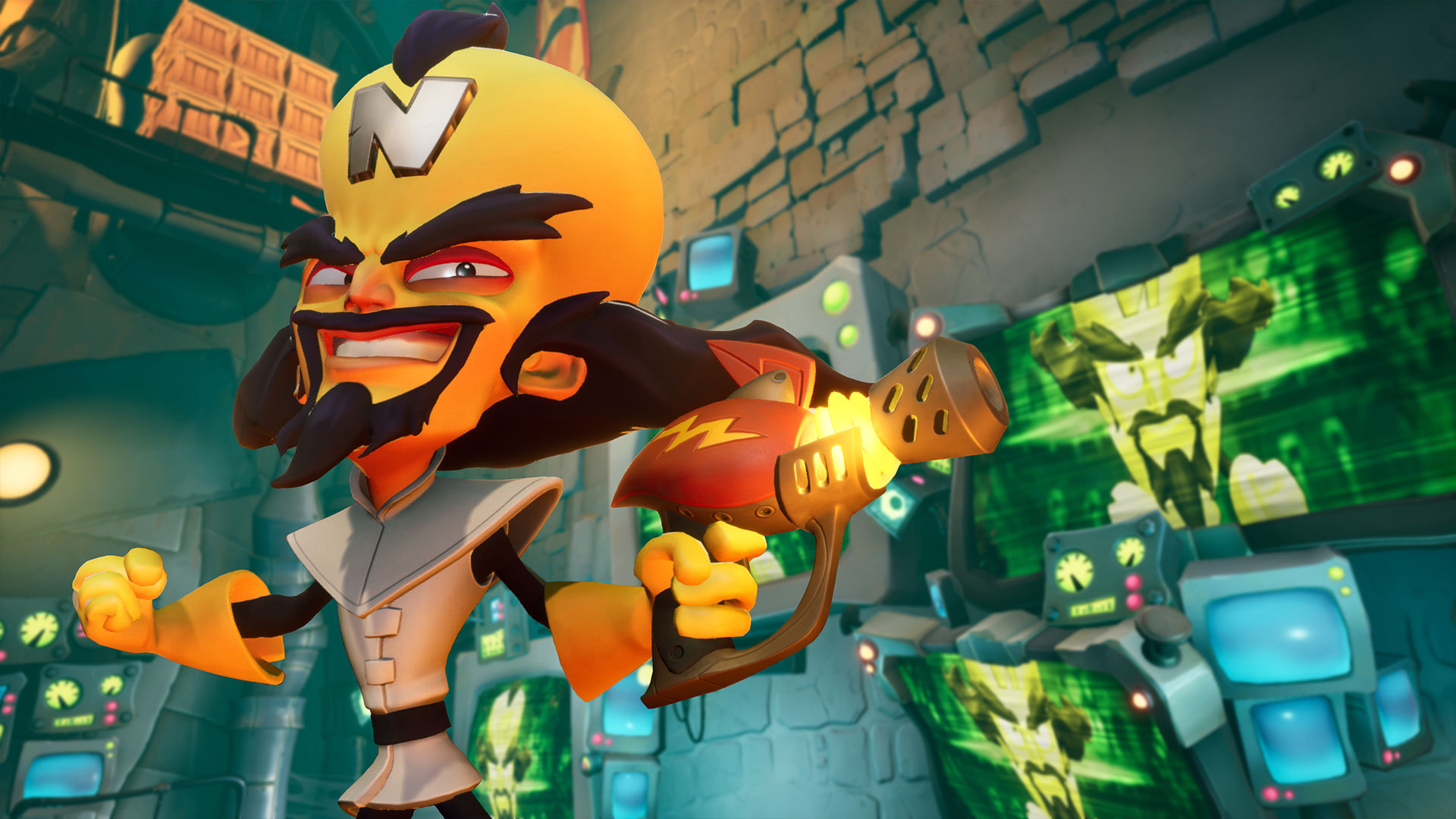 Crash Bandicoot 4 has plenty of stuff going on to appeal to all the completionists out there. Every level, for instance, has six hidden gems that you can look for, and each of them can be unlocked in different ways, from physically finding them in the level to collecting enough Wumpa fruit to not dying too many times and more. Unlocking every gem in a level also unlocks new skins, which means gem hunting is a big part of the appeal in Crash 4, especially in terms of replay value. But if you are indeed gem hunting and if you’re not a master of platforming and can easily deal with any and all challenges thrown at you in the game, you’re going to have to be restart-friendly. One gem in every level, for instance, is only rewarded if you finish the level with three or fewer deaths, as we’ve discussed earlier, so as soon as you hit four deaths, you’re gonna want to restart.

Ever level in Crash Bandicoot 4 also has a bonus level- these are great, because while every collectible and crate you collect in this room will count toward your total when the main level is over, the deaths in the bonus level won’t be. So if you find yourself in a bonus level, you can let yourself relax a little bit. Go ahead, fall into those chasms if you want… or, you know, don’t. 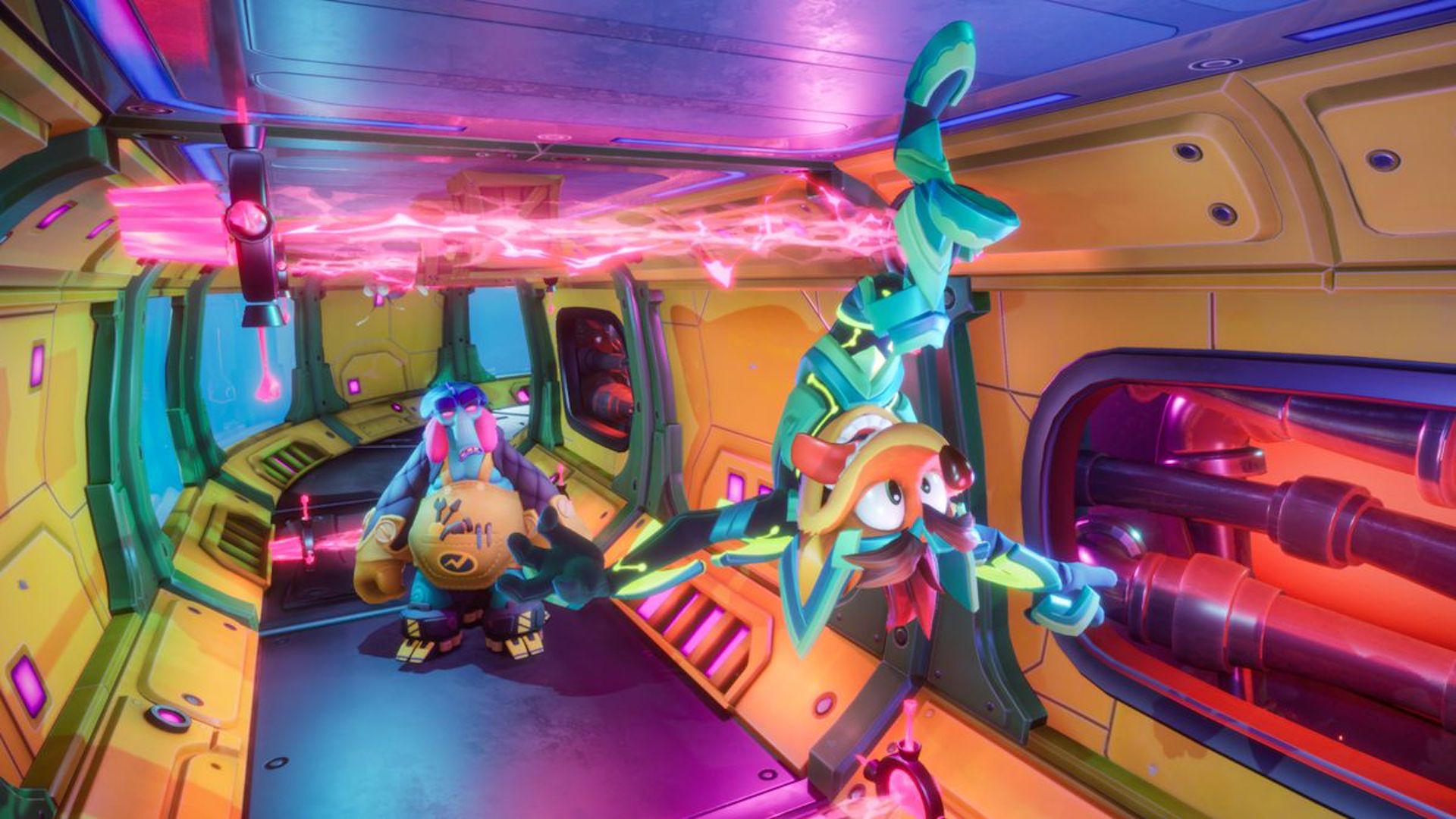 This is another tip that all gem hunters out there will want to keep in mind. All 43 levels in Crash Bandicoot 4: It’s About Time also have N.Verted variants, which flip these levels in unique and interesting ways. And while five of the six gems in N.Verted levels are gained the exact same way as the regular version of those levels, the hidden gem – which is in the level itself – is somewhere else. Its location is changed in every level, so if you’re hunting down gems in your completionist run, you’ll want to keep that in mind. 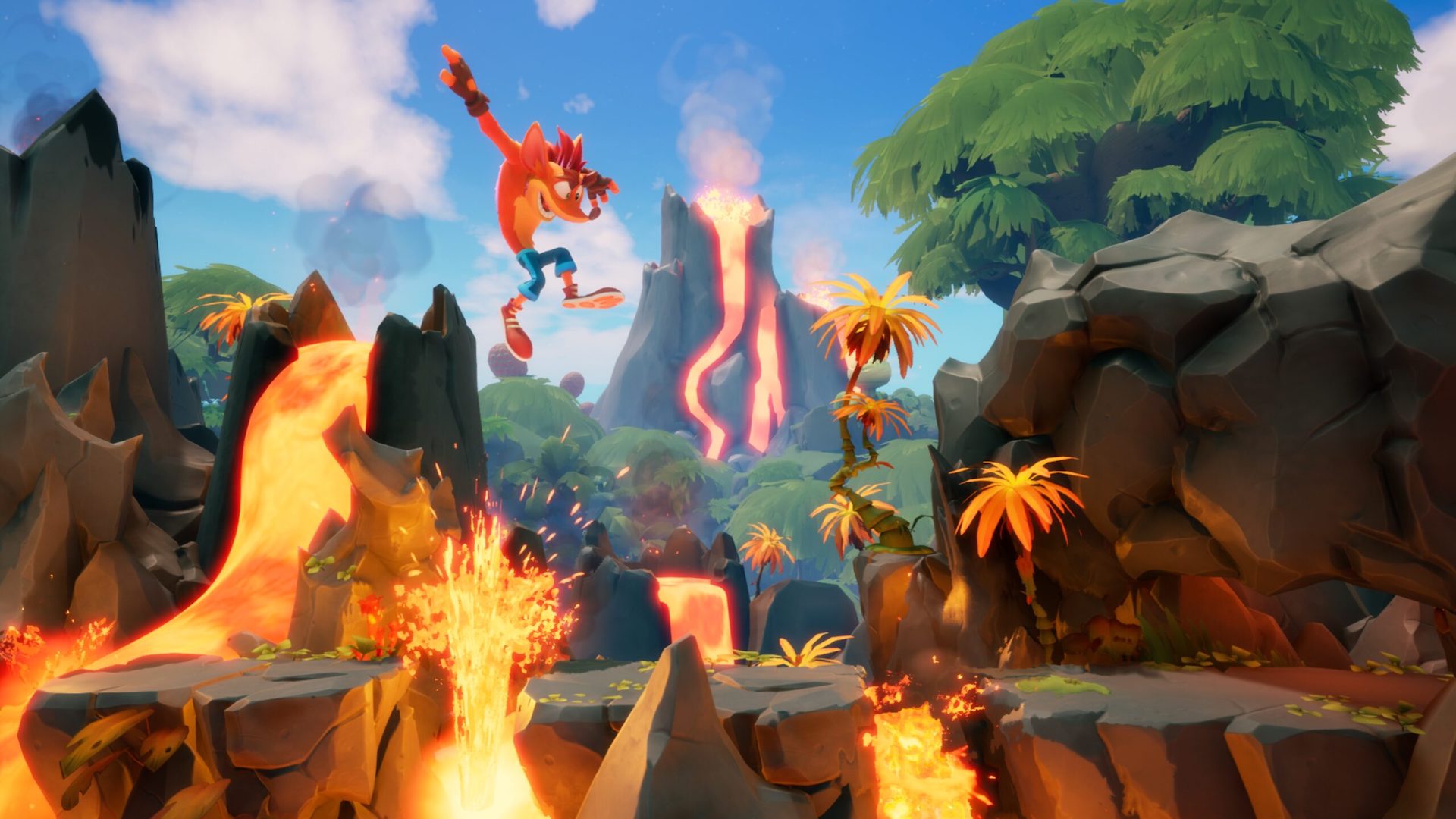 Certain levels and sections of levels in Crash Bandicoot 4 have sidescrolling gameplay, and as is usually the case with any and all platforming gameplay in any game (specially platformers), it’s best that you stick with the d-pad in these sections. The analog stick is great for actual 3D platforming, but during the sidescrolling sections, you want as much precise control over your jumps and movements as possible, so the d-pad is definitely the way to go in these sections. 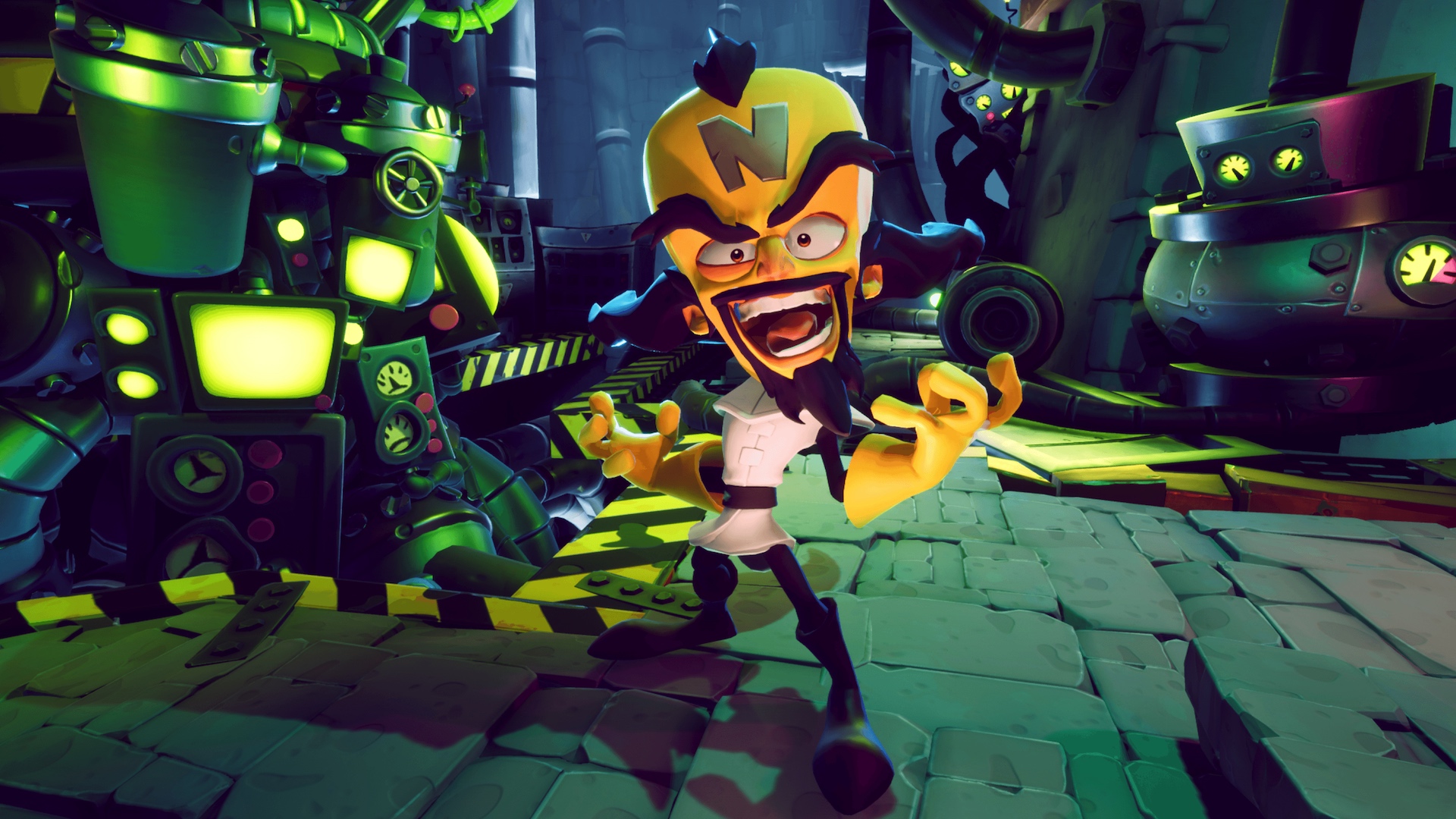 Similar to the slide jump is the move known as slide spin, and it can be just as useful in different situations. As its name suggest, the slide spin is done by combining a slide with a spin, and using it not only lets you attack enemies and obstacles in the path while sliding, it also gives you a sudden boost of speed. This can be useful in several places- in Time Trials, for instance, the slide spin is incredibly handy. Meanwhile, if you practice enough with it and get its timing down, it can also be a useful tool during chase sequences as you look to put some more distance between yourself and the monstrosities chasing you.