Halfway through 2020, Creaks just came out of nowhere and took everyone by surprise. Though Amanita Design’s puzzle-platforming adventure had been on the radar of some people for a while, thanks to its beautiful visual aesthetic and its promise of a rich world, no one expected it to be quite as good as it turned out to be. With solid puzzle design, effective storytelling, and striking visuals, it’s quickly become another example of how indie studios are often the greatest sources of creativity.

Recently, we sent across some of our questions about the game, its development, and what the developers have in store for its future to the folks at Amanita Design, hoping to catch up with them and look back on things now that Creaks is out in the hands of players. You can read our conversation with the game’s artist and lead designer Radim Jurda below. 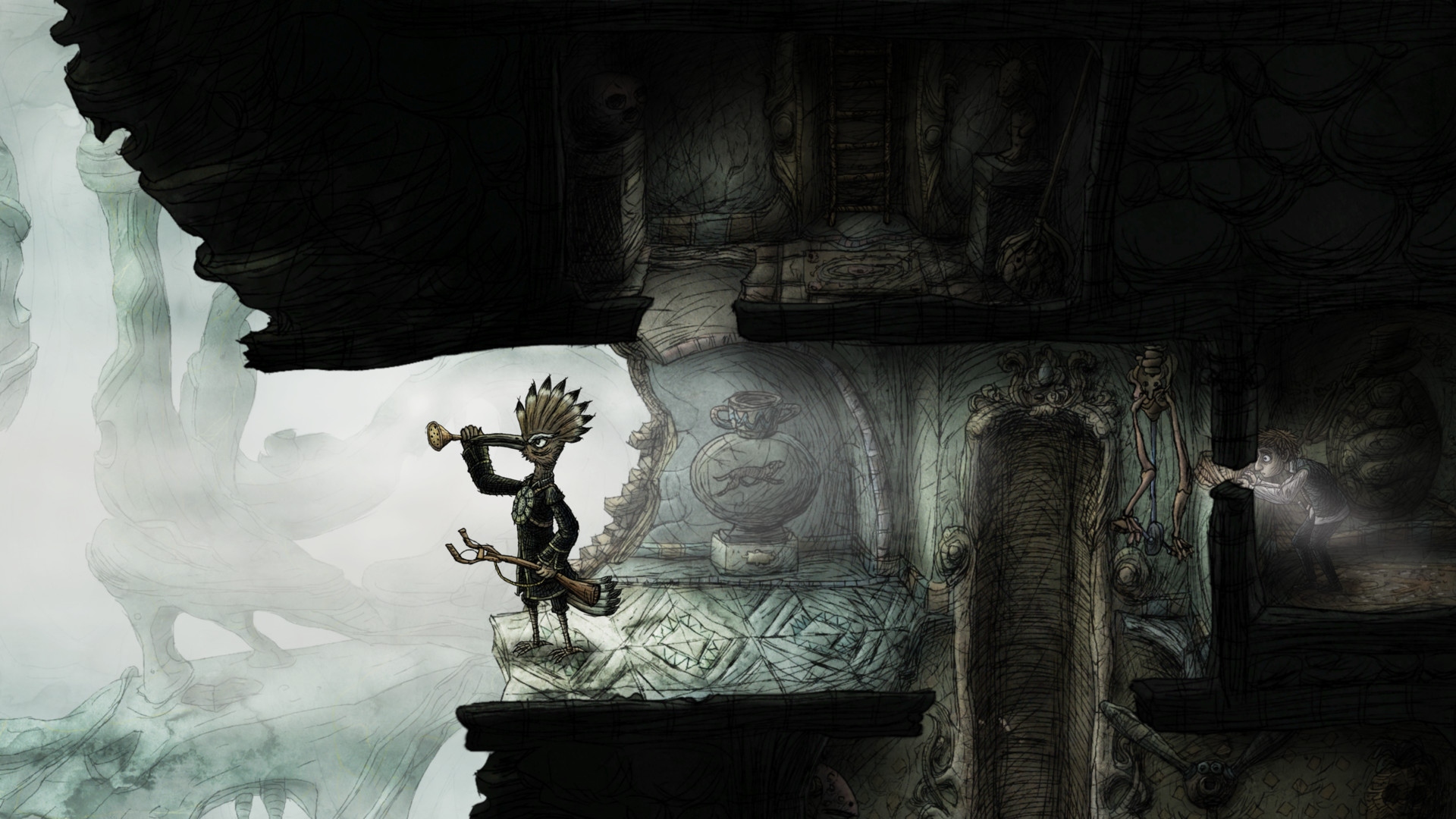 "It was clear from the initial reactions to trailers that there are people who will enjoy the audiovisual experience, but it wasn’t clear to us if the game as a whole will impress them until it was out."

Congratulations on the launch of Creaks! How does it feel to finally have your game out there, and for players to be responding to it in such positive fashion?

Thank you! It feels great, and it’s a huge relief. The game was in development for eight long years and it’s the first released title of our dedicated team within Amanita Design. As the release date got closer, we were getting more nervous about how the game was going to be received. It was clear from the initial reactions to trailers that there are people who will enjoy the audiovisual experience, but it wasn’t clear to us if the game as a whole will impress them until it was out.

The beautiful art style of Creaks is one of the game’s most notable aspects, especially at first glance. How did you land on that look for the game, and what inspired it?

The aesthetic is based on book illustrations, traditional animation and painting techniques, that I and my friend and co-artist Jan Chlup explored during our studies at high school and later at university. The art styles that appear in Creaks are actually our favorite techniques, and it was exciting for us to make them come to life in a game. We draw inspiration for our world from different sources, for example, the part of the mansion that we call Palaces was inspired by various collections we observed while visiting several European museums. Many of our colleagues at Amanita grew up in the same environment, attended the same fine arts schools, so naturally, Creaks fits into the studio’s general aesthetic. I also desired to introduce this style to a genre that’s different from Amanita’s usual production.

The world that Creaks is set in as something that has drawn a lot of praise from players. Can you talk to us about how you went about conceptualizing it, and what primary goals you had in mind for it while doing so?

The story begins similarly to Alice in Wonderland, as our hero finds a small door to a vast, fantastic world. The world of Creaks has surreal rules, but in contrast to Alice, in which basically anything can happen, it’s built to be relatively logical and cohesive. We achieved that by using some motifs throughout the entire game. For example, the motif of looking for a book plays a big role in the main storyline, and it also appears in the collectible paintings and various statues. The key theme of Creaks is ambiguity, and my goal was to create a world that feels like a real fantasy place, but can also be perceived as a metaphor for the hero’s subconsciousness. 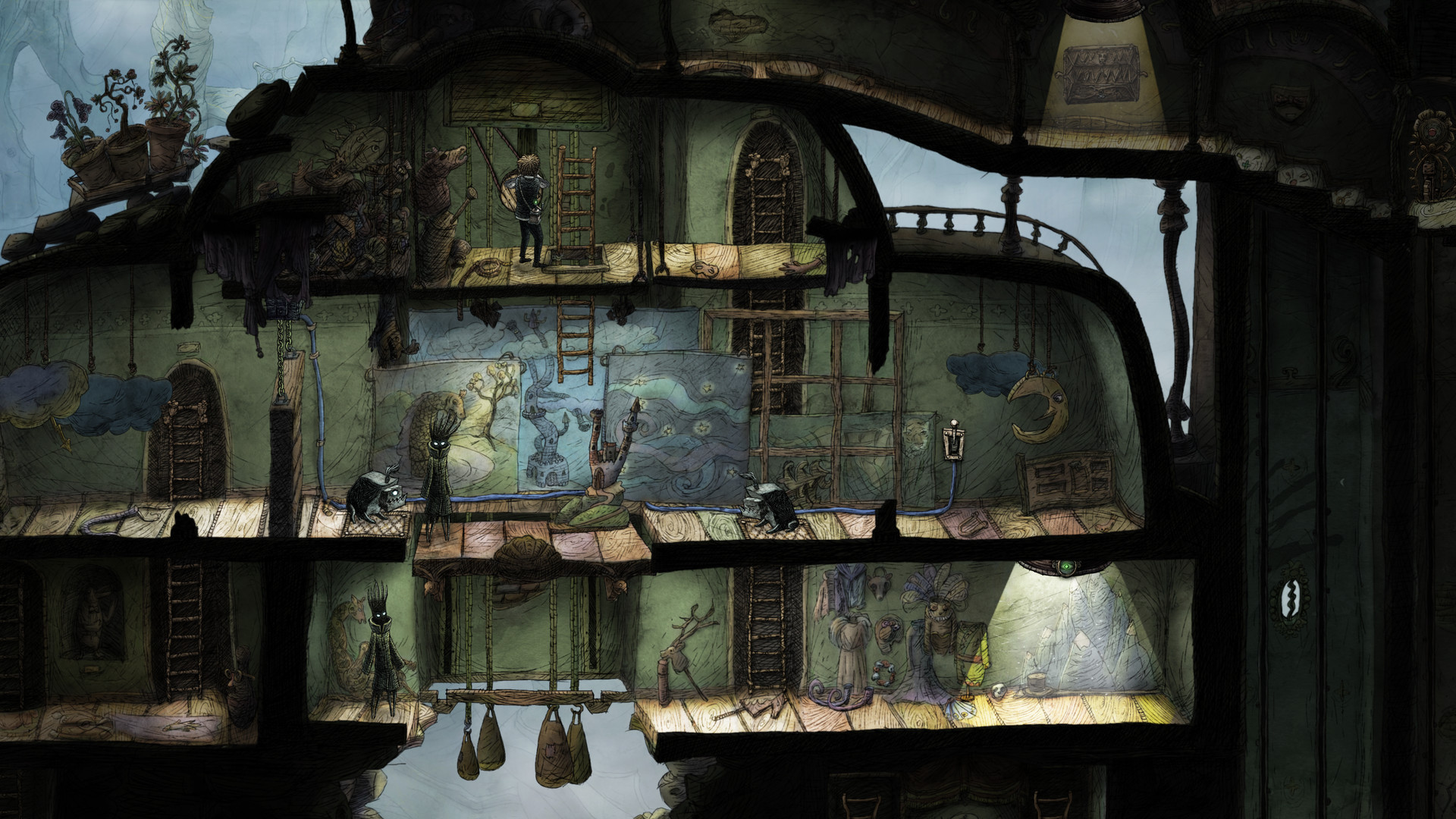 "The key theme of Creaks is ambiguity, and my goal was to create a world that feels like a real fantasy place, but can also be perceived as a metaphor for the hero’s subconsciousness."

Creaks constantly strikes a deft balance between storytelling and engaging puzzle-platforming gameplay, always focusing on both in equal measure. How hard was it to strike that balance, and ensure that both elements worked in harmony with each other?

From the beginning, we wanted to offer an adventure experience with a story, and the work on Creaks started with a very thorough storyboard. There are no words in the game, so we made the storyboard very detailed and tested it on our friends to see if the story is understandable just from the pictures. When designing the puzzle gameplay for Creaks, we noticed it could be a bit difficult for players to solve riddles all the time, so adding those story cutscenes or mechanical paintings brings the elements of relief and reward between each puzzle section. Creating each district of the house was quite challenging as we were trying to put the gameplay and story rooms together in a nice and frugal composition.

What were the biggest challenges you faced during the development of Creaks?

One of the biggest challenges was maintaining focus and trust for the game throughout so many years of development. There were moments when it was challenging to find a passion for working hard every day. Luckily, we didn’t expect it to take so long, so after a few years of development, I thought it would take like one more year, and then we are done. But it actually took many more years. Good that we didn’t know it at that moment! Maintaining the focus would have been even more difficult…

Since the game’s launch, is there any particular bit of feedback or criticism from the community that stands out to you and that you are considering addressing with future updates?

Some people were missing a hint system in the game if they got stuck on a puzzle, but I like it when games bring people together, and those people help each other solve the riddles. There were requests on our Discord server for adding numbers to individual scenes so players can refer to them more easily when they are giving hints to each other without sending spoiler pictures. It was a great idea, and we are preparing this small but useful feature for the next update. 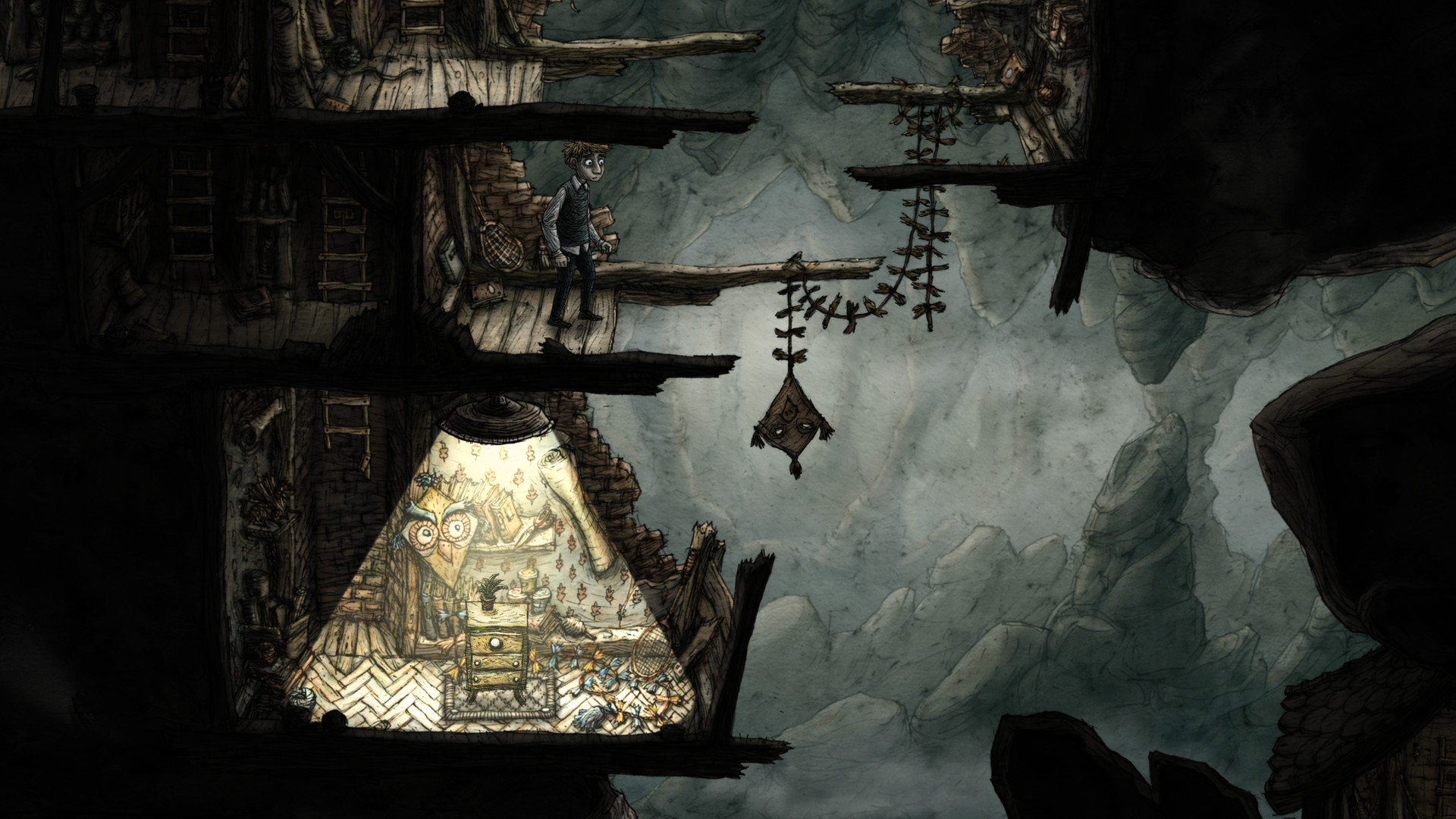 "One of the biggest challenges was maintaining focus and trust for the game throughout so many years of development. There were moments when it was challenging to find a passion for working hard every day."

Of course, Creaks hasn’t been out for that long, so I understand if this isn’t a question you’re prepared to answer just yet, but are you considering making new content for the game, or perhaps working on a sequel, especially given how positively people have responded to the game?

As you said, it’s a bit soon to tell. I need to rest now and give myself the freedom to think of ideas for some completely new games. Despite the many years I have spent in the world of Creaks, I like it very much and have got new ideas for interactions between the furniture monsters and even some new creatures sitting in my drawer. Let’s wait a bit to see if enough ideas and passion for a sequel will rise and if the players would like to see more of Creaks.

Given how close we are to the launch of PS5 and Xbox Series X, have you given any consideration to bringing Creaks to next-gen consoles?

Of course, we would love to bring Creaks and our new and upcoming projects to the new consoles, but it’s a little bit early for us to be specific about that.