Crysis 2: Can it better Crysis?

CHECK OUT THE MULTIPLAYER TRAILER BELOW

Crytek is at it once again with the highly anticipated follow up to Crysis, which is of course Crysis 2. There are some very obvious updates to the new title and really it looks like a solid sequel. The multiplayer demo was released recently and it’s quite good. There are all kinds of additions that directly affect the game play, and it would appear most changes have been made for the better. Now using the Cry Engine 3, there are all types of physics and visual enhancements. You will be faced with new weapons, a new Nano suit (Nano suit 2), and plenty of upgrades to monkey around with. So get ready, Crysis fans will not be let down. It will be formatted for Windows, Xbox, and Playstation 3. 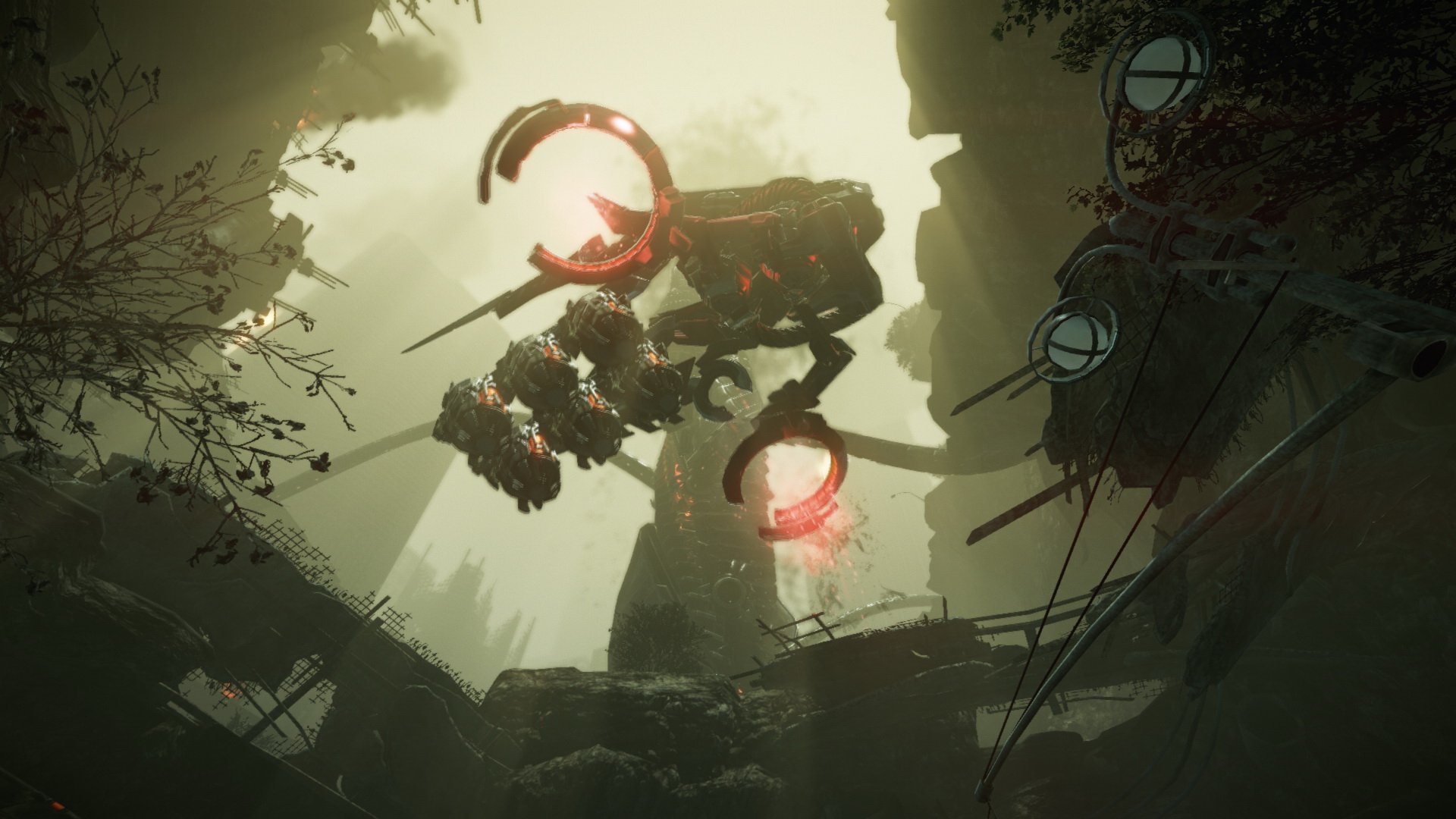 My initial thoughts on Crysis were that I would never own a machine that could run it maxed out, and that was discouraging. Regardless of that, it’s all important to keep things moving forward and once again it would seem that Crytek has pushed visuals to the next level. The high quality videos show off the new engines visuals and smoothness, I have to say that they are doing the same thing that the first game did to me. I’m nearly at a loss of words; there is just so much attention to detail. If nothing else at all Crytek is setting the bar for visuals, they even rival that of Killzone 3 in my honest opinion, which we all know are very good. Cry titles will always be visual beasts and hey, someone has to test the limits of visuals to keep games evolving.

The single player looks and feels astonishing. If you like games that have a very movie like feel to them with great story and even more impressive acting, than Crysis is right up your alley. The trailer makes me want to play the entire game right this instant and keeps me on the edge of my seat. I can’t wait to get a copy for myself. Do yourself a favor if you haven’t already and watch the single player story trailer, its going to blow your mind, and is probably one of the most epic trailers I have seen in a long time.

Crysis 2 multiplayer has a lot of really good features, but I just can’t stop thinking about Halo: Reach. There are a few similarities in the features, such as the active camouflage and now decoys. There are as well upgrades for armor and weapons, but when someone does it right, its okay to take those ideas and make them better. Crysis 2 does exactly that and even though it’s got a great single player story, I seriously believe they may be on to something really huge here for multiplayer. There are a few game modes that have been announced such as Instant Action, and Crash Site.

Instant Action has teams of six that basically fight in a team death match scenario. It’s an all out brawl and players must utilize all of the new upgrades, and use team work to dominate. Crash Site, is a game mode that will be second nature to avid Call of Duty players. A chopper crashes and becomes a securable site. Once it’s secure, players will have to defend it for as long as possible, as said before this is a popular CoD game mode, but I think it will really work great as displayed in the multiplayer map Skyline, which is based on the top on a New York building. 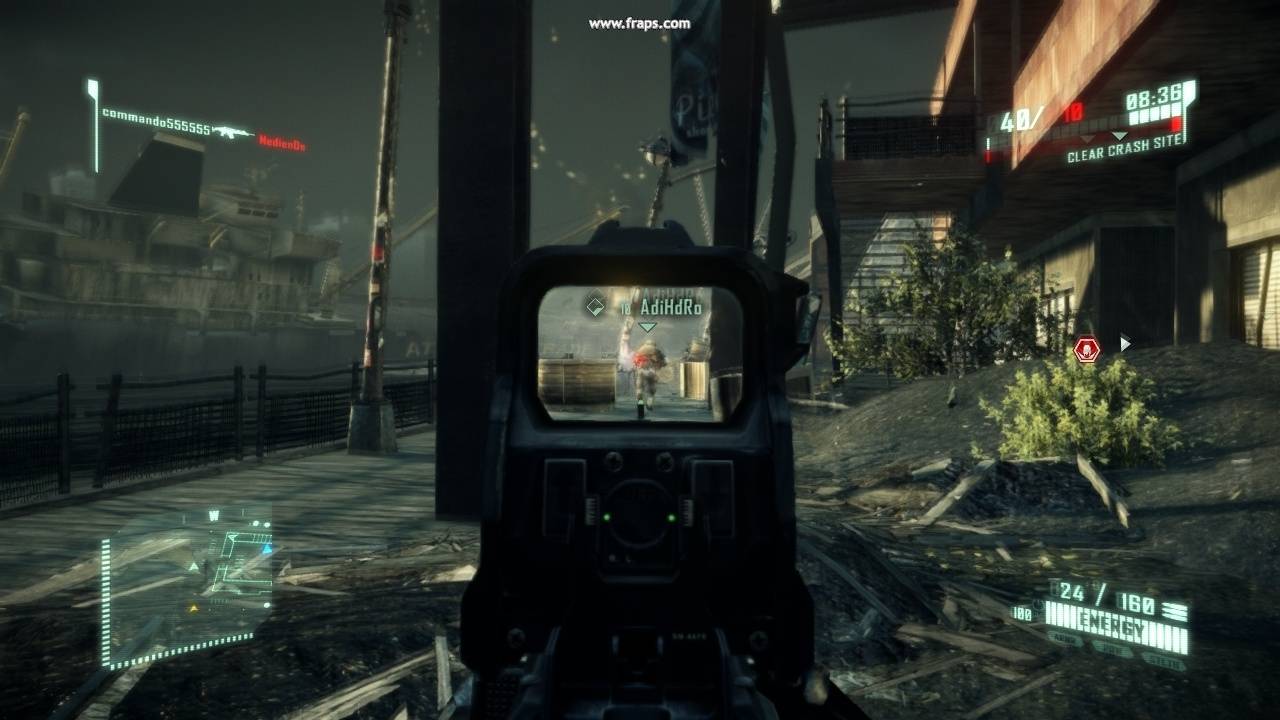 There are all kinds of new features to utilize with weapons, such as laser pointers, suppressors, and electrostatic weapons. Laser will allow you to hip fir more accurately as you will not have to use your iron sights or scope. This comes in handy for all those close quarter pinch areas in multiplayer. For those of you who enjoy sneaking around in the environmental cloaking you can take it to the next level with a silencer. Now more than ever you can be super sneaky and you can eliminate your opponents’ with out making a sound. The electromagnetic weapons are neat little toys you can play around with. They send a certain amount of electricity with their rounds that may deal more damage to enemies, not sure if they affect anything else such as movement or visual distractions.

I do like to talk about visuals a lot, as I personally am a very aesthetic person. I also like to touch on audio, as I think it’s a really important part of immersing players into a realistic or just believable feeling. Crysis 2 actually sounds really good for what I have heard. The voice acting seems to be well done and the in game weapons and voices seem to be right on track for what is expected these days. There isn’t really a lot to do to make a game stand out in the audio department these days, but it’s important that you don’t fall below that threshold of what’s acceptable. Over all no problems here, and it would seem as though there was a lot of effort put into the casting.

Crysis 2 has a rating of ESRB Mature (PEGI 16) and has quite high system requirements. It is due to release March 22, 2011 in North America, and March 25th for Europe. Its looking like a great game, and it wont be a let down for new and old fans of the Cry games. Make sure that if you have the PC requirements to pick this up as its most indefinitely going to be a must own. Hmm now let’s see what happens when Crysis 3 comes around.