People are playing so many different shooters out there and they are nearly dominating the console market, with new types of shooters coming out left and right.  You have the almighty Call of Duty Franchise, Brink, Homefront, Bad Company 2 and the list goes on.  But who can forget about Crysis 2.  The first game was one of the most visually stunning games ever for that time and Crytek brought that technology to consoles.  You might stick to one shooter or you might jump around, but Crysis 2 as well as it’s new ‘Retaliation’ Map Pack is top notch, running you 800 Microsoft Points or $10.

The world of Crysis 2 is absolutely stunning with the textures, the lighting all coming into this masterpiece that makes everything looks so real and extremely detailed.  I sincerely feel bad that Crysis 2 actually has competition right now with other shooters because number one, if it didn’t all the shooter fans would be taking advantage of one amazing shooter Crysis 2 and secondly gamers that can’t rip themselves away from their current shooter are missing out on what Crytek has done with this latest astonishing map pack for Crysis 2.  Right away I will say that I think the four DLC maps are better looking, more details, and have much more opportunities for more tactical situations to be created as well as tweaked with. 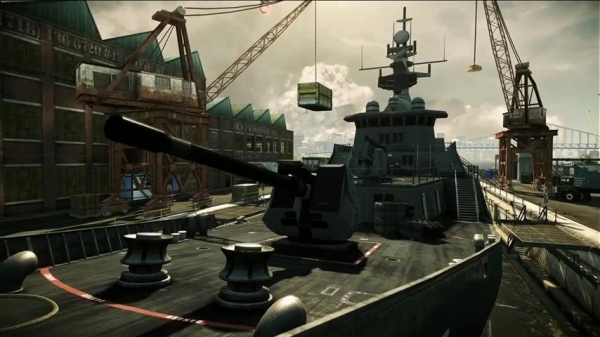 ‘Retaliation’ comes with four maps being Transit, Compound, Shipyard and Park Avenue.  All of the maps are large, in fact I am no mathematician but they might just be bigger that the maps that shipped with the game.  Park Avenue looks cool but might be my least favorite, with a very large bridge in the middle of the map that happens to collapsed and the lower levels have many rooms or stores that you can enter but the map makes it hard to snipe on because of exposure.  You can snipe on all the other three maps with great success and for the people who do not snipe, don’t worry because as soon as you see that bullet trail.. you know where to go.

While all the new maps bring the Crysis 2 feel with them, they also have that new look to them all which draws you in immediately thinking about tactics while looking at sections of them.  The map Compound might bring that Crysis 2 feel the most with a large portion of the map filled with the typical buildings as well as the outdoor crates, piping, etc. seen in the campaign while edges of the map are grassy with bushes and an overlook of water giving it that island or coast feel.  There are obvious sniping spots on the map but players will know where to check being that a few particular ones (sniper towers, inside buildings) give you a good sniping advantage so I wouldn’t stay there too long.  Compound is the smallest of the four maps in the DLC, that being said, it is still large compared to most the maps shipped on the disc.  A large pipping system runs under the level on certain parts of the map that you can take advantage of or get blown away from someone waiting in the either end or catch a cooked grenade with nowhere to go. 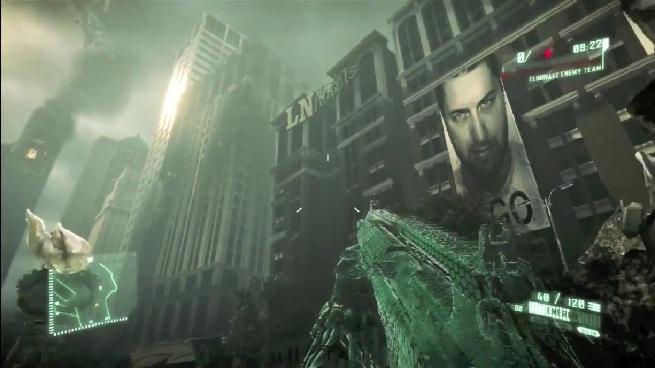 Transit is a very interesting map and has so many unique ways of moving about it, as well as engaging in combat.  It is a map that from afar can be seen with elements like the Statue of Liberties Torch landing in the middle of the map from ‘Semper For or Die’ level and crashed subway cars in broken down tunnels last seen in the level ‘Dark Heart’ from the campaign but at a closer look it has new elements like waterfalls among other things that make it a new map. The amount of detail in these new maps in unbelievable, as the match begun I noticed a ship crashing into a skyscraper. Aside the the beautiful graphics as well as things going on while you are playing, Transit is huge, making it great for snipers, while leaving many nooks, and crannies within the map making it easier to avoid sniper fire.  This happens to be one of the most beautiful maps in Crysis 2.

I figured I would save the best for last, well at least it seems to be everyone favorite map.  That map is Shipyard and it is one big map with one gigantic ship docked in the middle of the map.  This large ship in the middle is a hot spot as you can pretty much see everything from here depending on where and what level you are on while exploring the ships many areas.  One level particularly would make for sniping if you were not practically completely exposed.  Much of the cover on the map is on the sides of the dock as well as giving you a good way to move around the map safely where the boat is so open to fire.  The boat detail and the whole map is beautiful. 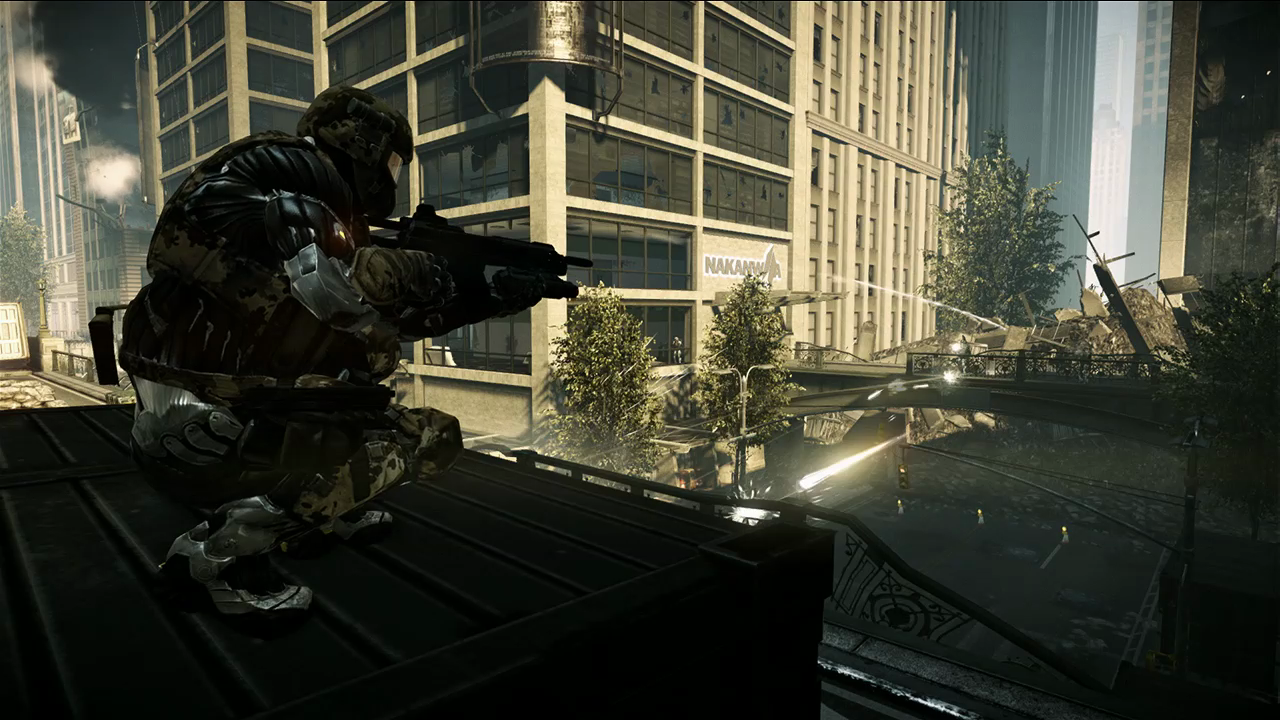 The ‘Retaliation’ Map Pack is stunning as it is fun to figure out new strategies ans tactics.  If you are a fan of Crysis 2 and currently play it, you have no excuse not to buy this map pack.  If you are playing other shooter you might want to remind yourself what Crysis 2 is all about, how unique the combat is and just how amazing the graphical details the game really has.  This aspect has been brought into the maps ten fold.  These maps also provide and interesting as well as functioning balance when it comes to playing all game modes on these maps.  So pop Crysis 2 in and prepared be in awe as you get shot while looking at a jet plane fall from the sky in the middle of one of these new maps.

Details, textures, lighting, they all are on the Crysis 2 level if not surpassing what had been done with previous maps. Tactically setup very well for all modes while devastation cinematics happen randomly in the background.

Only four maps included with competitors raising the bar for two many maps you get, but it is well worth $10 as the quality of just one of these maps blows away any other map from today's shooters.

The map pack include four maps, Shipyard, Compound, Parke avenue and Transit. The developers took the time to make one worthwhile map pack that is better then the maps shipped with the game.