In a recent Interview with Develop ,Crytek’s co-founder Cevat Yerli said he wasn’t sure that a demo of Crysis 2 was going to be released, but he also said that game demos are a “a luxury” that becomes “prohibitively expensive” for game developers:

“A free demo is a luxury we have in the game industry that we don’t have in other industries such as film. Because we’ve had this free luxury for so long, now there are plans to change this people are complaining about it. The reality is that we might not see any free game demos in the long term.” Said Yerli

And with EA’s plan to release game demos for $10 or $15, Yerli responded to this by saying:

“I read a lot about this, and read about the backlash as well; people complaining that they would essentially be paying for a beta,” he said.

“I think EA’s strategy is interesting, overall. The thing is, every time we see a publisher doing something to improve the industry, making things more commercially viable and actually increasing the market, people instantly think this is only some money-hungry ploy.” 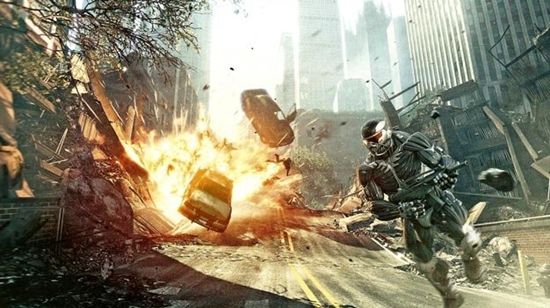 “Yes it is quite unpopular, but this is a messaging issue. The problem with any new strategy like this is it initially may appear as a blood-hungry, money-grabbing strategy. But I think there is a genuine interest here to give gamers something more than a small demo released for free.” He added

“Really, what this is, is an attempt to salvage a problem. The industry is still losing a lot of money to piracy as the market becomes more online-based. So it’s encouraging to see strategies outlined to combat this.”

“I think the whole issue needs to be explained in a better way, because there is good thinking behind EA’s plan. I understand why people are thinking that all EA wants to do is maximise profits out of the audience, but really, what it’s really trying to do is get investment back but while being as fair to the gamer as much as it can. Ultimately, it will be a better deal for the gamer.” He said

He later on continued and discussed about Cryteks plans for a Crysis 2 demo:

“That’s something we need to think about, because we haven’t fully decided on this yet,” he said.

“But whether we do have a demo or not, do I think companies need to release so many demos? I think that we’ll see more and more games not carrying a demo in the future, because it becomes prohibitively expensive.”

Paying for demos? what do you think?