Crytek doesn’t want any other studio to handle Crysis 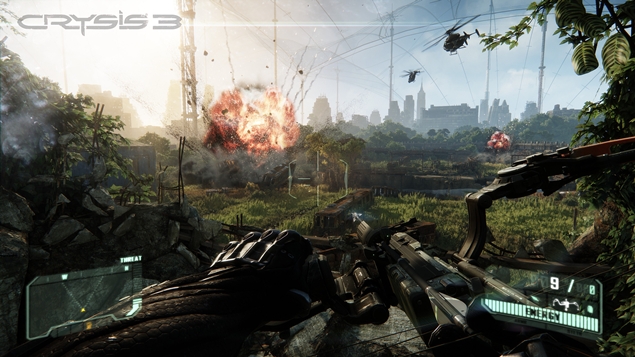 Crytek doesn’t want to hand down the reins of the Crysis franchise to any other development team or studio.

Crysis 3 producer Mike Read was asked in an interview with AusGamers if Crytek would ever consider handing over the Crysis franchise to another developer the way Epic Games has handed over the development of Gears of War: Judgement to People Can Fly Studios, and he said that it probably wouldn’t happen.

“Crysis is something that has really helped build Crytek to what it is today,” Read said. “From the CryEngine 2 with the original Crysis, to what we’ve done with the CryEngine 3, and the number of licensees, and how we’re continuing to grow out that, in terms of film, and games, and architecture, and all of these different facets. We’re moving in quite a number of different directions.”

Recently, of the future of the Crysis franchise, Crytek said that future games may not necessarily be first person shooters.

Crytek also claims that Crysis 3’s PC version will not be held back by the console versions the way it happened with Crysis 2.

Crysis 3 releases next month for the Xbox 360, PS3 and PC. Crytek has confirmed it will not be out for the Wii U.