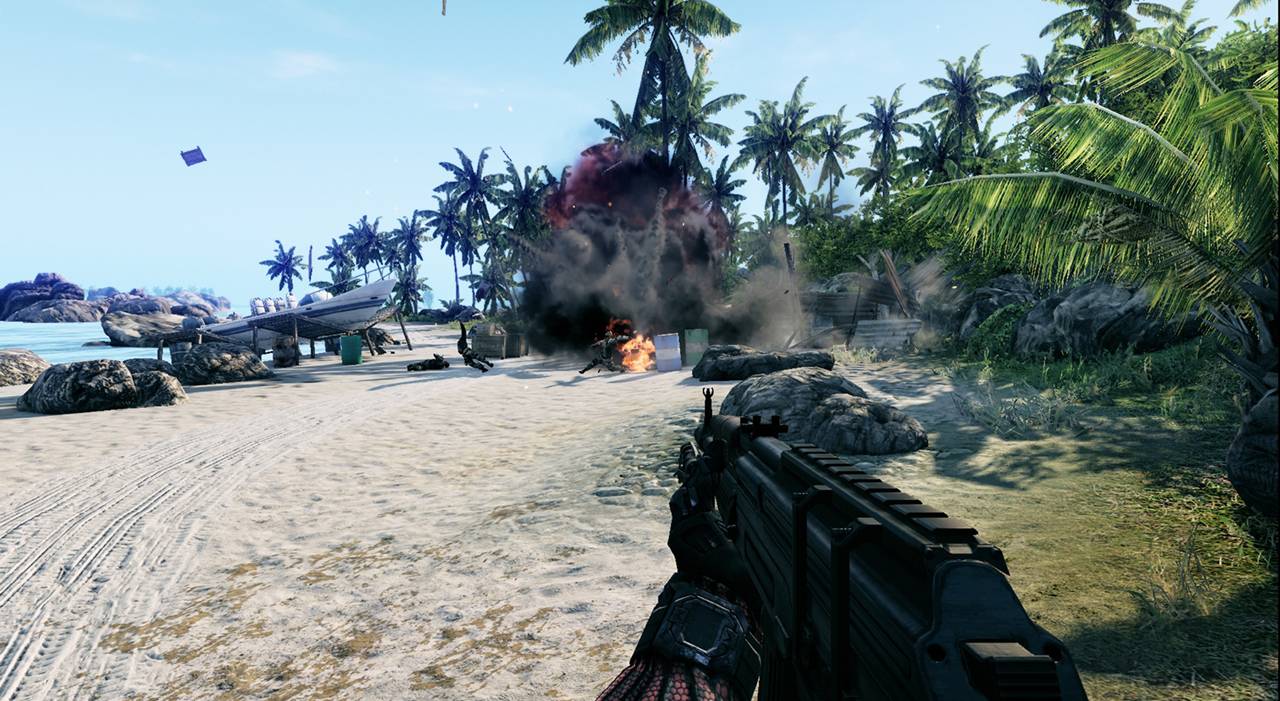 When Crysis was announced for the PS3/X360 everyone was shocked as the game is known to be a massive technical achievement. Considering the fact that the consoles are 6 years old now, it makes it even impressive how they managed to make this game run on them.

But everything comes at a price, according to Lead Level Designer for Crysis 1, Sten Huebler. He said that they were already planning to bring Crysis to consoles but waited till their tech matured and they had more understand before doing it.

“Yes, already in the concept phase we have been thinking about it, trying to design the game to make sure it could be shipped on consoles as well.”

He says it wasn’t easy to optimize the original Crysis for consoles due to limiting factors but they tried their best. Take a look at his explanation below.

“Firstly we had to reduce the memory used by the assets in the game. We used smart algorithms to compress the used meshes for our geometry, the terrain height maps and terrain textures, the sprites that are used to display our vegetation in the distance and the animations used for our characters.”

“We also optimized how the memory was used and organized in our engine, which allowed us to increase the Streaming Buffer, which was very essential for making our large levels work.”

“Many of the effects now showcased in games are done via fullscreen shader passes. For example to convey motion blur, the render information of the whole screen is being processed with algorithms creating the desired effect. We already improved those algorithms in Crysis 2, but further optimized this for the Crysis 1 console version in order to save performance and processing time.”

“We refined the Occlusion Buffer we use to detect which objects we do not need to render since they would be occluded from other objects that are in front of them and used Reprojection methods to predict where the player might look next in order to avoid objects popping suddenly into place.”

“We also optimized our vegetation a lot. We reduced some of the poly counts and adjusted the used methods for blending the vegetation into each other and making it fade out on the edges. We also optimized many of our objects and vehicles in the game, tried to reduce the amount of textures and polygons to increase the performance where possible.”

“Of course we also had to optimize our levels as well. With more careful placement of the objects and the vegetation in the game, we were able to reduce the overall rendering time needed. We also looked at our AI counts and scripting, to prevent large amount of AI being active the player could actually not engage.”

It looks like they had their work cut out when porting it to consoles. Tell us what you think in the comments section below.