“We’re looking into adding online at a later date.” 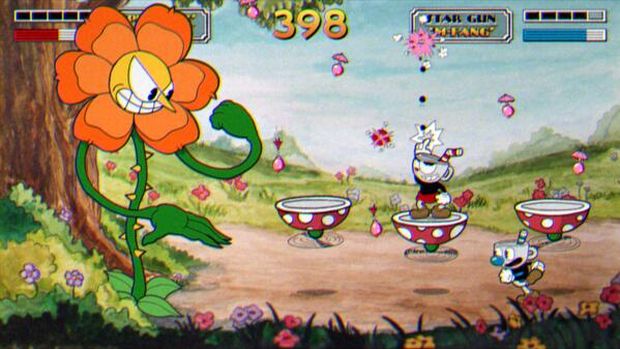 One of the most anticipated upcoming Xbox One exclusives is Cuphead, the startlingly charming looking action platformer that finally launches at the end of this monh, ending a years-long wait. The game, which looks like a 1930s cartoon come to life, will allow players to take on it together via local co-op- which almost seems like a necessity, since by all accounts, it is unforgivingly hard.

However, even though the game does not have online co-op at the moment, that might end up being something that is added to the game after its launch. Speaking with Fandom, producer Maja Moldenhauer noted that even though the title is local co-op only for now, that might be changing once the game is actually out.

“Chad and Jared grew up playing co-op together and they were like, OK this game HAS to be co-op. So, while it’s local couch coop for now, [we’re] looking into adding online at a later date,” Moldenhauer said.

That would be pretty good- while local co-op support is something that need to be lauded in a day and age when few games actually do it, there will be many who will doubtless want to play it co-op with their friends or family online, too- providing the option for those people is a great move. Cuphead will be launching on Xbox One, as well as on PC (via Windows 10, Steam, and GoG) on September 29.