Posted By Shubhankar Parijat | On 14th, Apr. 2020 Under Article, Interviews

The first Curious Expedition flew under the radar for many, but those who played it would attest to the fact that it was one of the most enjoyable roguelike experiences of its year. Soon, Curious Expedition 2 will be bringing more of the same, with promises of improvements and refinements that bring its predecessor’s ideas to the zenith. We recently sent across some of our questions about the sequel to its developers at Maschinen-Mensch in hopes of learning more about the game. You can read our conversation with Maschinen-Mensch co-founder Riad Djemili below. 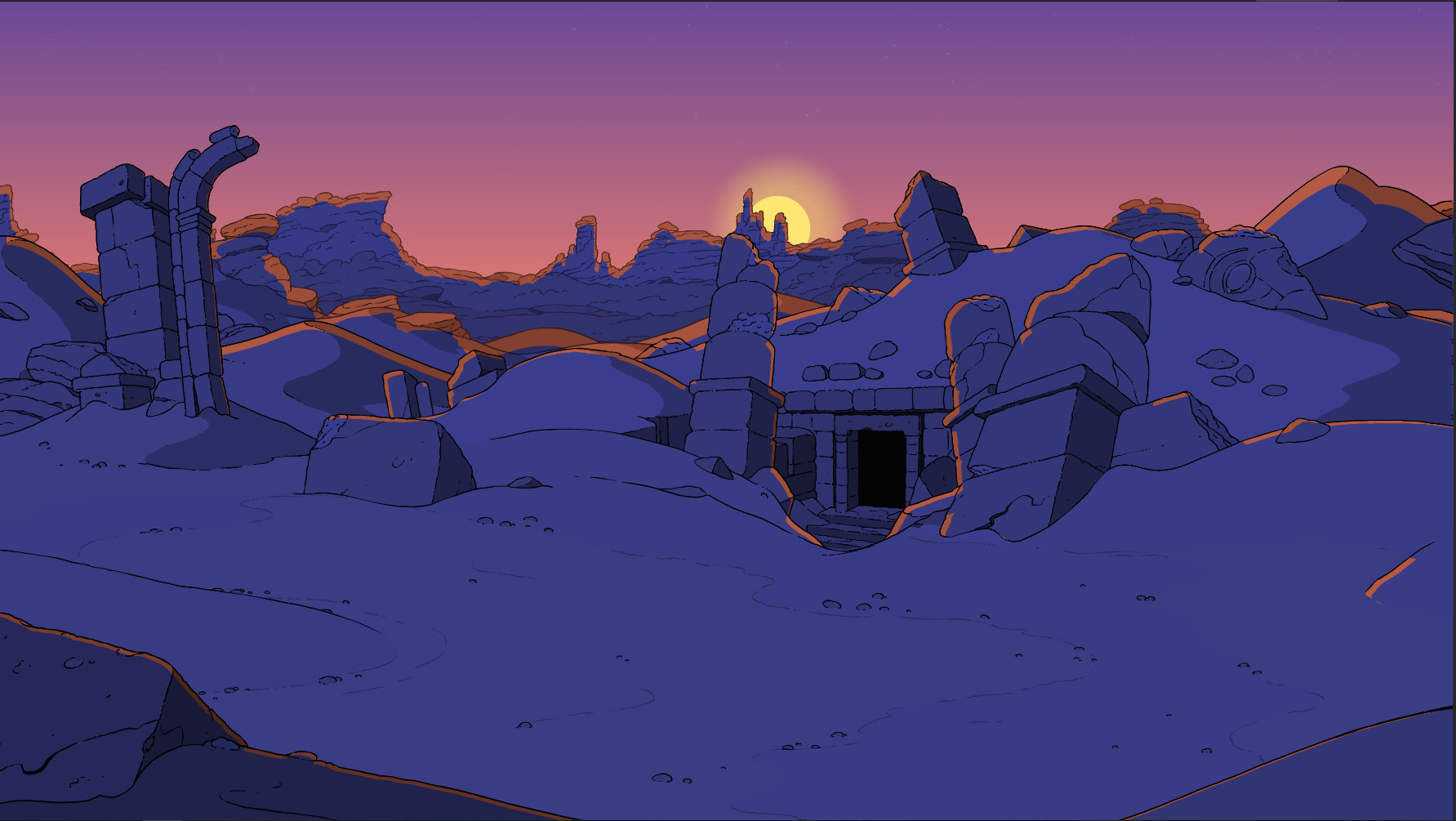 "Travel is at the heart of our game, so we’re building on everything we’ve learned developing the first Curious Expedition and exploring these mechanics further."

Curious Expedition 2 promises deeper travel mechanics- can you talk about the most major ways it’s taking steps forward over its predecessor in this area?

Travel is at the heart of our game, so we’re building on everything we’ve learned developing the first Curious Expedition and exploring these mechanics further. We’re adding a lot of new terrain types which have more special properties, like spike plants which are cheap the first time you cross the terrain but hard to cross a second time. We’re also adding directional rivers which are easy to traverse in one direction only.

We’re also making time management a more immediate part of the player’s travel decisions. Locations might have different effects based on a new celestial calendar mechanic for example. In addition we also have much more control over the terrain generation now and are spicing up the randomly generated terrain with lots of interesting hand crafted set pieces, which will bring in a lot of new memorable highlights.

In general we feel like CE1 was about establishing this new travel genre, while CE2 is really about building our ultimate vision of what we think this genre is about.

In addition to delivering more events and variation in CE2, we also added the ability for characters to have dedicated relationships with each other, which will result in even deeper player stories. In addition to these procedural features, we’re also adding something that CE1 was completely missing: handcrafted spectacular campaign stories which will allow players to learn more about the world we’re building and the new mysterious explorer clubs, which all have their own secret agendas. Thankfully we gained a lot of experience from working on the first title and know how to wrestle all these components into one coherent piece.

Multiplayer seems like one of the biggest additions Curious Expedition 2 is introducing. Was this something that came about directly as a result of players asking for it, or was it something that you always wanted to implement, even in the first game?

We’ve seen a lot of players sharing their progress in the game. Sharing for example screenshots of all their platinum character frames after having beaten the game with all characters on the highest difficulty level. We wanted to build on this notion by directly integrating it into the game. Also the explorer clubs are in an eternal secret rivalry with each other and having multiplayer accentuate that aspect is just a natural part of the whole new world-building we’re doing for the sequel. 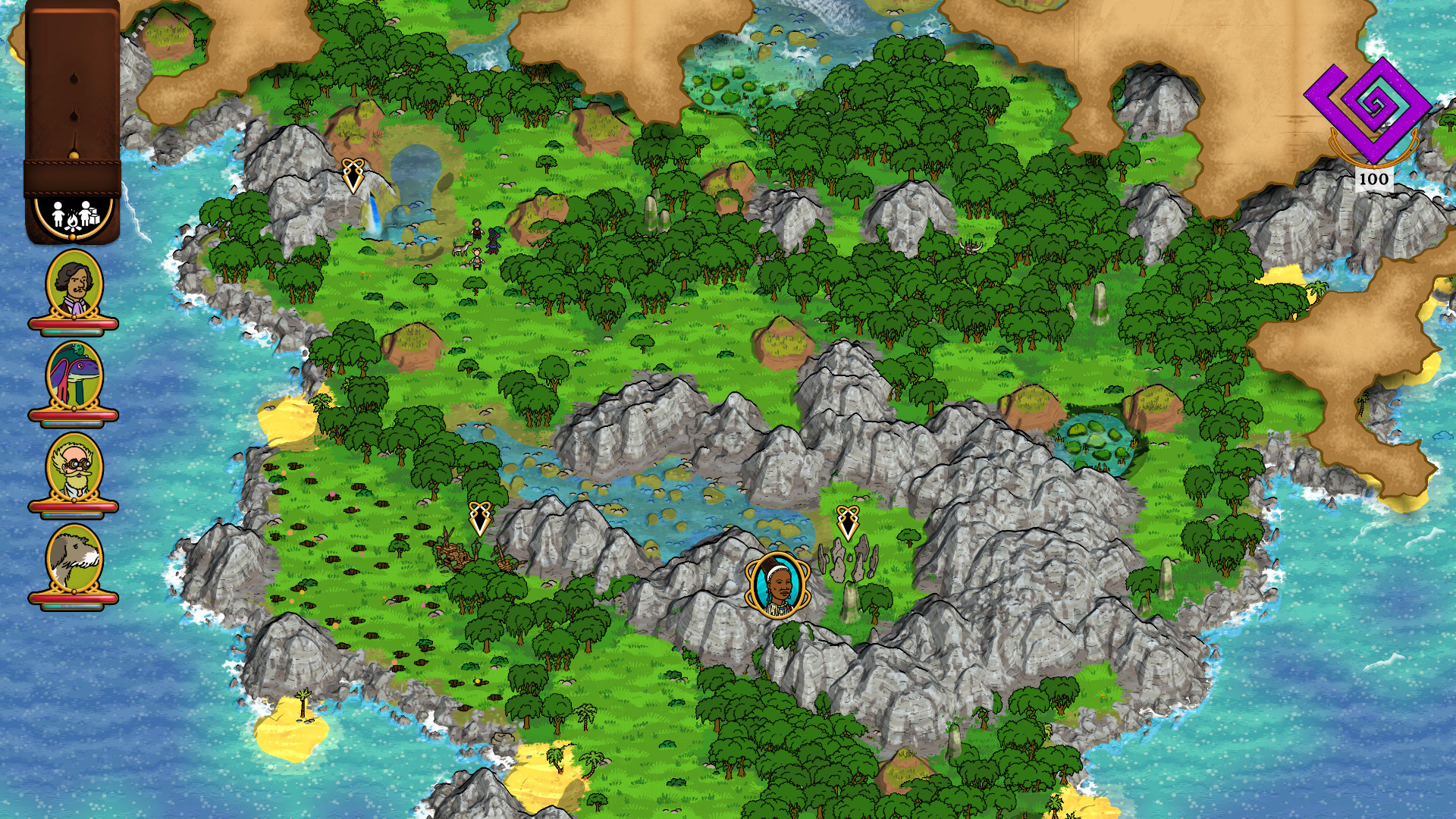 "With the new HD graphics we can get even closer to your trek members. We’ve added a lot of animations and facial expressions to emote specific feelings, which will make the characters that you care so much about feel more personal."

It looks like Curious Expedition 2 has made some notable upgrades to its visuals over the first game, and even though it does retain a similar aesthetic, it’s looking much sharper and more vivid. Can you talk about the process of what the changes and improvements were that you set out to implement for this game in this area?

CE1 had some limitations in regards to how alive we could make the characters feel. With the new HD graphics we can get even closer to your trek members. We’ve added a lot of animations and facial expressions to emote specific feelings, which will make the characters that you care so much about feel more personal. We’re also moving closer to one big inspiration we already had for the first game: The Adventures of Tintin, the comic series by Hergé.

Have there been any pieces of feedback for the first game that you’ve looked at in particular for the purposes of Curious Expedition 2’s development?

Many players found CE1 too hard to understand (it’s fair to say that if you want to be really good at it, you might want to refer to the wiki created by our community). Some people put in way over 200 hours of playtime into the game. One of the goals for the sequel is to make it more approachable, without reducing the complexity.

Everyone who played the first game enjoyed its writing, the content and the stories that came out of it, so we decided to have more of them: more secrets to discover, more events, more characters, more play styles, more items. CE1 gave us the confirmation that people liked this weird travel/roguelike/character game that we had invented, so we’re exploring this genre further.

Roughly how long will an average playthrough of Curious Expedition 2 be?

We’re still looking into that, but it’s safe to say that we’re opening up the very rigid 1-2 hour roguelike structure of the first game and moving towards a campaign model where one campaign will last several hours to finish.

We’re also adding options to make the experience a bit more forgiving, so that on the default settings you don’t need to start over completely if you make one wrong move after hours of playing. Once you’ve finished the campaign we also have several incentives for you to play the game again and experience a different aspect of the campaign or trying a different play style. There will be lots of secret content to discover.

Will the upcoming console launch of the first game include any new features, updates, or content?

The biggest feature is of course the controller support, but in general for console players this is a great way of playing the ultimate edition including all the content and free DLC that we added over the years to the PC version of the game. 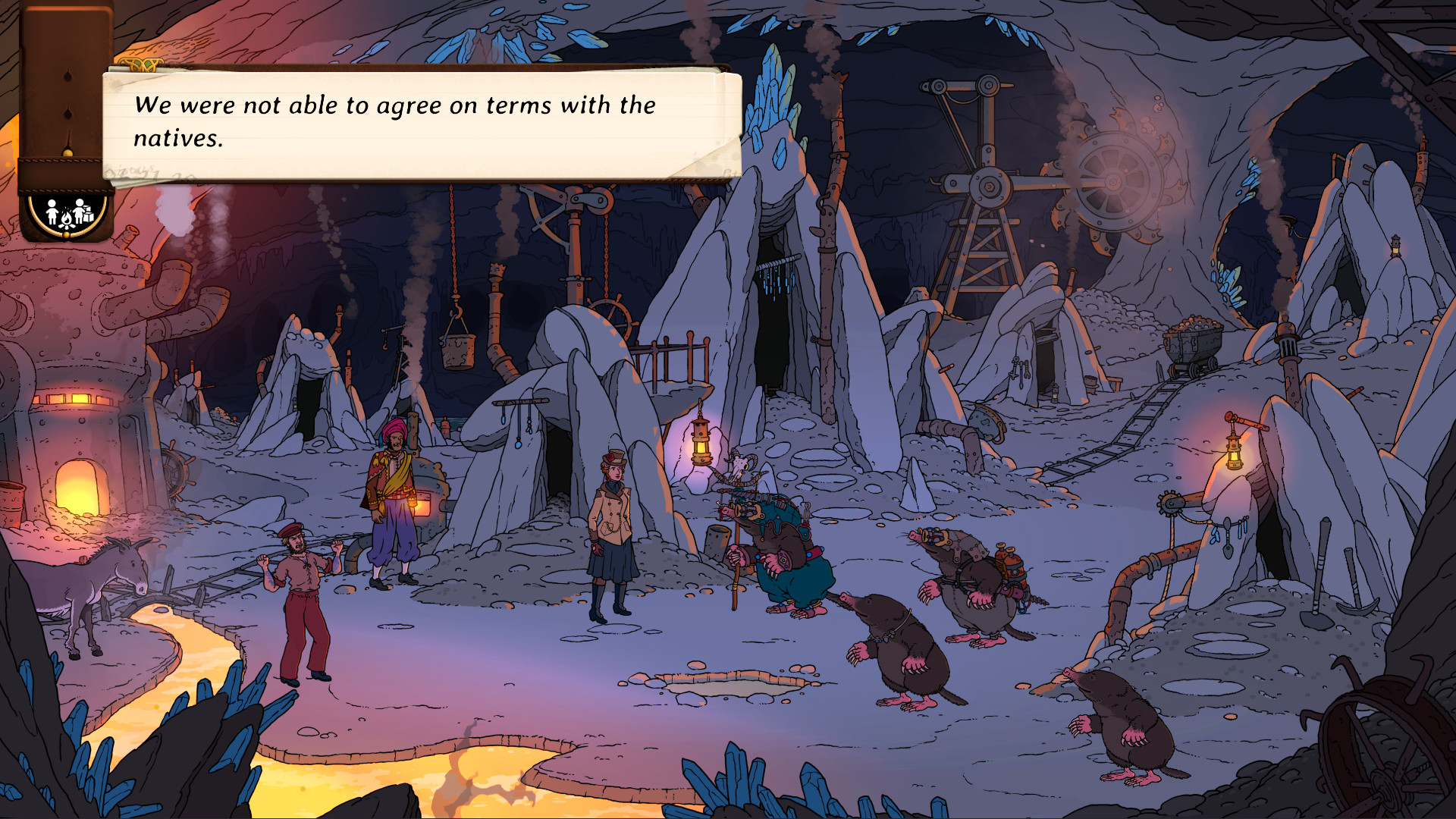 "We’ll be featuring 4K and 60 FPS on all platforms that support it."

Will Curious Expedition 2 feature Xbox One X and PS4 Pro-specific enhancements? Is 4K/60 FPS on the cards?

We’ll be featuring 4K and 60 FPS on all platforms that support it. Internally we’re creating assets that go even beyond 4K. Seeing the game at 4K is really a joy. It feels like a vibrant comic book that jumps to life on your screen.