You can probably guess the premise from the title. You take part in the hit ITV show, doing a little bit of ice-skating each week and getting your performance torn to shreds by various AI judges. I can’t attest to whether they got all the famous names in as I don’t often watch the show, but judging from the few times I’ve seen it the game seemed to do a pretty decent job of following the same contest format. Right down to the letter. But that’s where any similarities between the game and a real life situation come to a screeching halt. 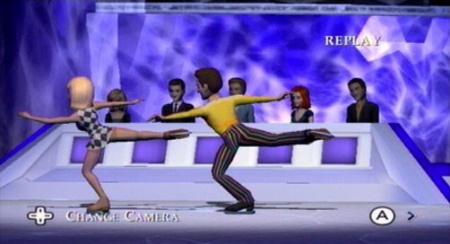 If it weren’t for the horrible graphics and sound, Dancing on Ice would mimic the show quite well

Freud believed that humans were most frightened by the uncanny; That which appears to be human but seems slightly deformed or altered in some way. I now understand this concept having seen the graphics in Dancing on Ice. There is no way to describe how bad they are. Whip out an old SNES game and compare; I dare you. What results is a display of two seemingly human, yet highly disturbing avatars touching each other in various ways over and over again. This kind of content is enough to warp fragile and innocent minds and I honestly believe this abomination is more deserving of an 18 certificate than GTA4 ever will be.

If that wasn’t enough then the audio will invade your dreams and turn them into the most devastating of nightmares. Remember in Starfox and Lylat Wars how they spoke in this weird language that you could sort of understand, but it was still complete nonsense? Well that I could deal with. I mean they’re animals; It’s cute and kind of funky. But when I see a poorly rendered freak of nature start to talk complete gibberish. There’s just something very frightening about the experience. Add to this the bizarrely up-tempo in game music that accompanies the dancing and it all becomes a little too much to bear. It must be played to be believed. 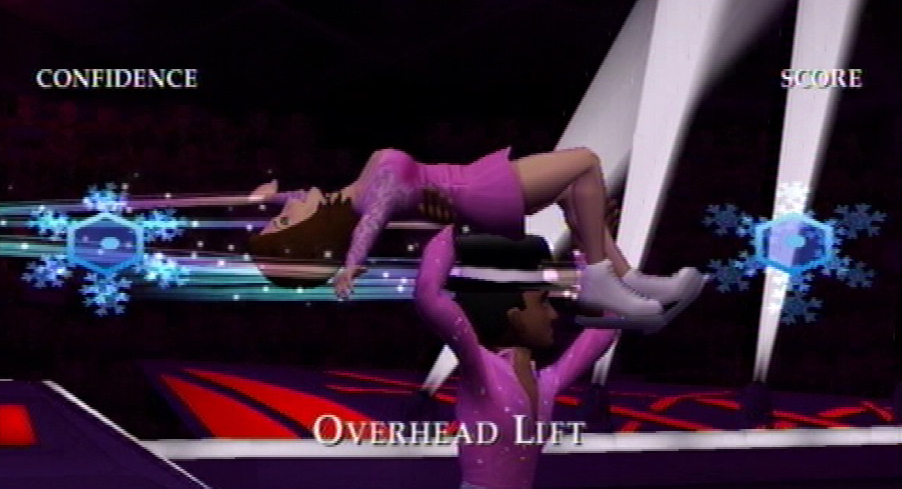 So we’ve now established that the only safe way to engage with this title is with your ears blocked and your eyes closed. Even following these precautions, the likelihood of you finding any enjoyment in this festering turd of a title is slim. You start of by making an avatar and picking a partner. The less said about this phase the better. You then engage in training where you practice the moves for the show. You essentially complete the dance by wiggling your wiimote. In order to do a spin, I follow the prompts and spin my remote in a circle. So you do this a few times in training and then you repeat the whole thing once more for the show. And then you repeat the whole process next week, and the week after, and the week after. The only thing breaking this up is the voting segments where you can spam call ins for your number to boost your votes. Yes that’s right they even included a mini-game where you call in to vote for yourself. This particular part I just found to be plain insulting.

In terms of lifespan, lets just say that so far the game has spent longer in its case than inside my Wii. Once you’ve finished one show (which can easily be done in one sitting) there’s not really much to do apart from repeat the same routines over and over. That said it’s unlikely it’ll hold your attention for more than ten minutes on account of the sheer repetition involved. You can up the difficulty or use a second remote to increase the challenge, but the unresponsive nature of the controls already make the affair trying enough. I suppose it’s nice you can unlock new costumes, but in a game this awful who really cares? The only thing that will likely stay with you for more than about twenty seconds is the sheer horror that this game instills. A multiplayer mode is included, but if you have the malice in your heart to subject an acquaintance to this monstrosity then there is something seriously wrong with you. That said I look more favourably upon the party aspect of the game now, having used the disc as a very effective frisbee a short while ago. 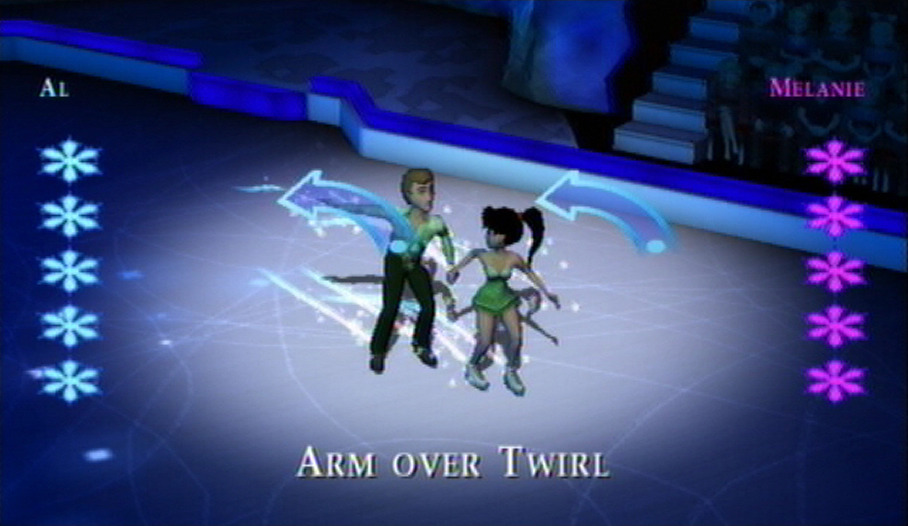 Not as fun as it looks; And that’s saying something…

Calling the game Dancing on Thin Ice might have been more appropriate. Forget the budget price. The only way to make this game value for money, would be if they paid you to take it off their hands. This is a blight on, not just the games industry, but on life itself. Snuff it out quickly by avoiding this garbage and never speaking of it again.

The disc works well as a frisbee

Uncanny avatars that touch each other in seemingly inappropriate ways, Gibberish voice acting which still keeps me up at night with fear, Tedious and unresponsive motion-based gameplay 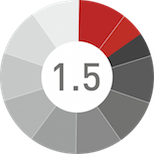 Final Verdict:
DISASTER
About as fun as a sack of potatoes, complete with such embarrassing graphics and sound that it is almost mentally disturbing
A copy of this game was provided by Developer/Publisher/Distributor/PR Agency for review purposes. Click here to know more about our Reviews Policy.