Darksiders 3 shines in some areas but console performance is disappointing.

A series which was supposed to be buried forever has finally returned after six long years. Darksiders 3 released earlier this week and although its reviews have been all over the place, we at GamingBolt awarded the game a solid 8/10 whilst praising its Souls-like gameplay, engaging combat and RPG elements. However, there is no denying that from a technical standpoint, the game simply lacks the ambition of its predecessors. In other words, it feels like the development team took a rather safe approach with Darksiders 3 and to be honest this is expected given how difficult it has now become to make these kind of games and ensure they are successful in the current market scenario.

Darksiders 3 isn’t really the most technically advanced title that we have analyzed here at GamingBolt. Running on the Unreal Engine 4, the game doesn’t really boast of any high end physical based renderer and neither does it feature state of the art visual effects but what we have is a game that relies heavily on its art style. It’s no secret that Darksiders games are known for their intricate art design and I am pleased to report that this continues in the third instalment. There are thirty to forty different types of enemies each with their own design and attack patterns. The level design is a bit of a mix bag but the art in it is something you will immediately notice and appreciate. There is a lot of variety in the environments and although I won’t really say they feature something that is at the cutting edge of technology but they get the job done and that’s what matters.

Particle effects seems to be solid all around with a ton of volumetric and alpha effects thrown in. With light particles getting dispatched from Fury’s whip or enemies exploding, we see Unreal Engine 4 doing what it does best with particle effects.  Another aspect with which we are pretty pleased with are the animations. Fury’s animations during combat are top notch and, on many occasions, the different combat styles reminded me of PlatinumGames. But the real surprise is that these animations are consistent across every character in the game. Be it your enemies or bosses, the animations are great and this really helps make the combat feel better. I also wanted to point a minor but noticeable detail which is Fury’s hair. The tress effects are nothing out of the box but for the most part’s it much better compared to what we have seen in some of the game’s released this year. 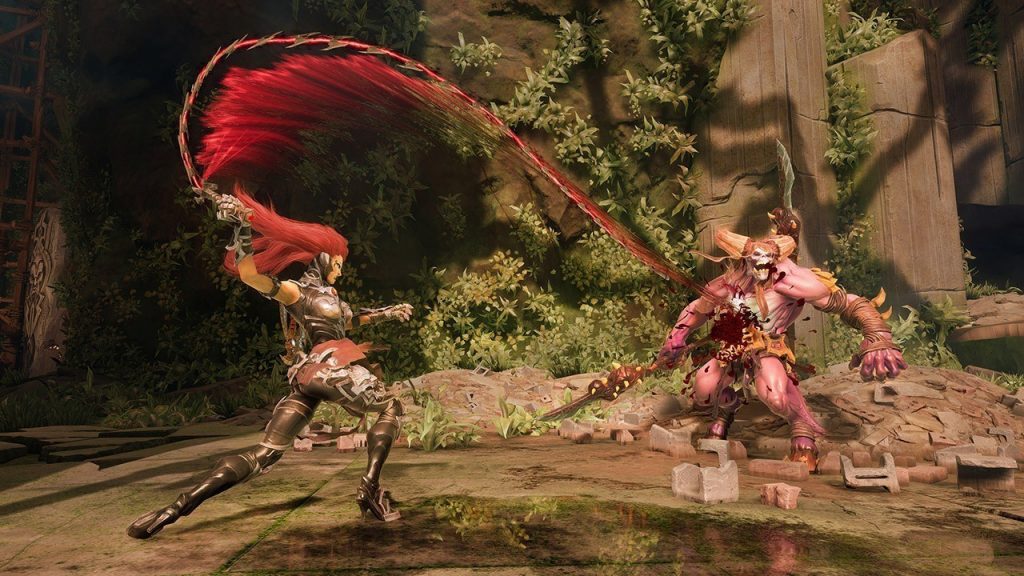 Before we share the performance results across all platforms, let’s take a look at the game’s recommended requirements on the PC. The game requires Intel Core i7-3930K (3.2 GHz)/AMD Ryzen 5 1600 (3.2 GHz) or better, 16GB of memory and AMD Radeon RX 480 / NVIDIA GeForce GTX 970 with 4 GB VRAM. Our test PC includes a GTX 1080Ti, 16GB of GDDR4 memory and Ryzen 1700 CPU. The PC version of Darksiders 3 doesn’t feature that many visual parameters but what is here is pretty decent. You can change the shadow quality, anti-aliasing, view distance, post processing effects and foliage quality. We would have appreciated more intensive AA options and more visual parameters to play with, but given that the game’s development budget was likely on the lower side, what is here seems fine.

As expected, we had no issues running the game in Epic settings and performance was pretty much rock solid at 60fps. However, there were a couple of instances where the frame rate dropped drastically. This did not happen during the gameplay sections and it only seem to occur during one on one conversations with an NPC. Fortunately, such instances were rare and for the most part, performance was fine.

Unfortunately, the same cannot be said about the PS4 Pro and Xbox One X versions, especially on Sony’s machine. As expected, Darksiders 3 targets 30 fps on consoles but it’s on Sony’s machine that the game struggles to maintain that cap consistently. Frequent frame rate drops resulted into an unplayable experience at times on the PS4 Pro. On the Xbox One X, things are a bit better but it’s nothing that can be praised as performance was uneven on Microsoft’s console as well. Both the platforms render the game at dynamic resolution but it’s quite clear that the Xbox One X is pushing out more pixels along with better shadow quality, view distance and ambient occlusion. From a technical perspective, we don’t recommend either version, but one on one, Xbox One X takes the lead over the PS4 Pro. 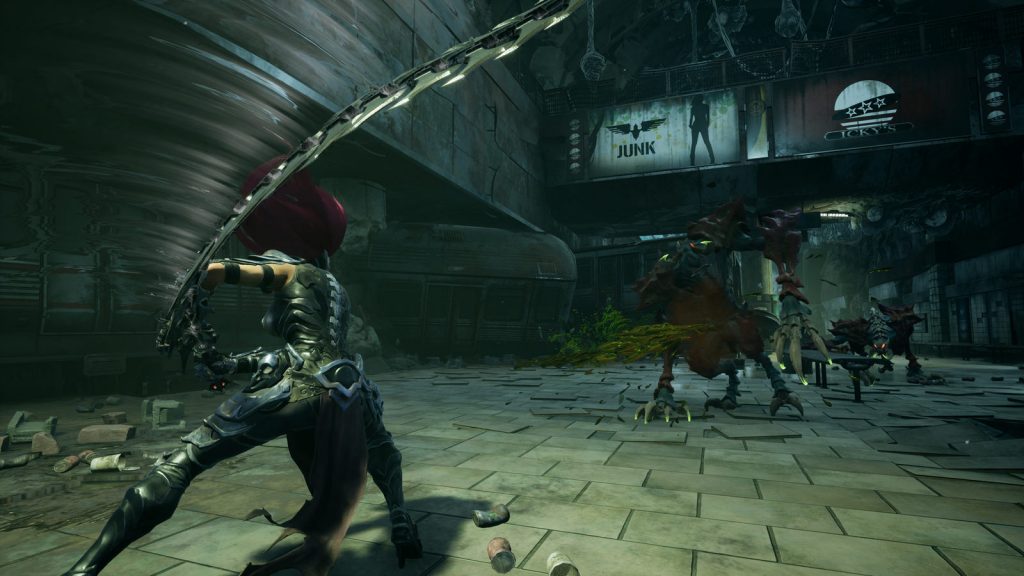 So, it’s clear then. The best platform, as expected, is the PC version. Better frame rate, better visual fidelity and graphical options elevate Darksiders 3 to an all together different experience which unfortunately isn’t possible on consoles yet. It seems PC was the priority for Gunfire Games and it’s quite clear that they have delivered on that front.

Opinions are divisive on the latest Darksiders game but there is something we need to acknowledge. A game like Darksiders 3 feels like a tribute to old school gaming and it’s very rare to see a game like this getting a push in a market which is dominated by battle royale games and shooters. Gunfire Games is a relatively small development studio which likely worked on this game with a very tight budget, a budget which was probably less than the previous games. And what they have achieved here is something that I can appreciate despite the game’s noticeable shortcomings. Much praise should also be showered on THQ Nordic on publishing the game and for trusting in the studio. I am definitely looking forward to Darksiders , if and when that happens, and I really hope the latest game is a commercial success. Darksiders 3 feels like a love letter to its fans. Now, we have to wait and see whether that love translates into better post launch support with patches for performance issues on consoles.