It’s really hard to review a game like Darkspore. By all accounts, this is a great game, and certainly one of the more fun titles we’ve had in a generation when an increasing number of games are distancing themselves from the core ideal of having a good time in an attempt to be taken seriously by the mainstream. It looks great, plays even better, has some genuinely neat new ideas that it brings to the table, and its basic premise is intriguing, especially in a genre that is known to be light on storytelling. However, Darkspre has definite issues. It’s multiplayer mode is a bit of a mess, and considering that this game is a hack and slash Action RPG, that is a bit of a disaster. The storytelling is a joke, as is the main plotline of the game itself. And the game does a very poor job of keeping you engaged in the action, making each fight feel like a bit of a mindless grind.

It becomes really hard to review such a game, then. I absolutely enjoyed my time with Darkspore, and if that were all that I were reviewing and rating this game on, then it would get a glowing recommendation from me. However, assessing it objectively, I have to recognize that the game has certain faults that must be identified in this review, and that the game’s final rating must be adjusted accordingly. And so, I’m compelled to give this game what I feel will be a largely negative review, in spite of the sheer enjoyment that it afforded me. 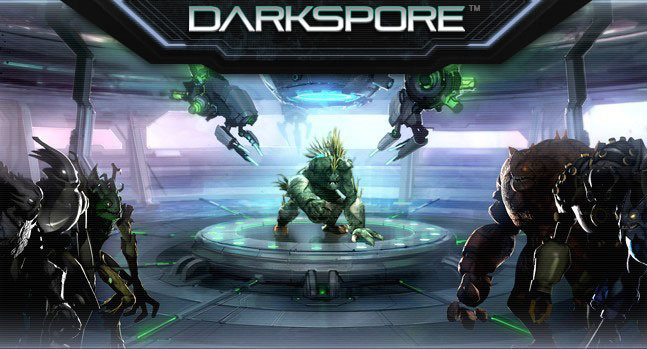 Maxis returns with a game that isn’t a simulator for once. Unfortunately, it turns out that they’re probably best suited to making simulators.

Darkspore is a game that borrows a few concepts from the 2008 game Spore. It’s basic premise is about manipulating DNA to create new creatures. A race of beings, called the Crogenitors, is one such race, which can manipulate the genetic makeup of living creatures. The game tells of a few Crogenitors, who went rogue and created an enhanced version of DNA, E-DNA, to create much more powerful creatures. Predictably enough, these new powerful creatures, the Darkspore, got totally out of hand, and laid the galaxy to waste, killing pretty much everything and everyone, except for their creators, whom they placed in a deep, cryogenic sleep. The game begins with you taking charge of the newly awakened Crogenitors, who must now stop the Darkspore.

It’s certainly a very interesting premise, especially for a genre that usually doesn’t see much on the story side. The sad part is, that apart from this exciting backstory, the game absolutely fails to capitalize on the unique opportunities that the plot could provide. What we get instead is exposition upon exposition of uninteresting cutscenes, and a distinct lack of any continuity, that fails to provide any relevant context for the battles that we are rushed into one after the other at all, and makes all the events in the game seem disconnected, and the battles themselves as meaningless grinds, being fought more for the heck of it than anything else. It’s genuinely distressing how much lost opportunity this game’s backstory actually represents.

Apart from its name, and the idea of DNA manipulation, Darkspore borrows one more thing from the 2008 super simulator- it pretty much borrows its entire creature creator, and uses it for its character customization, albeit to a slightly more limited degree. Whereas you cannot create creatures from scratch, you can modify existing organisms, by adding or removing body parts. Like in Spore, different body parts yield different stat bonuses, so customization lends the game with some layers of strategy for the fighting. 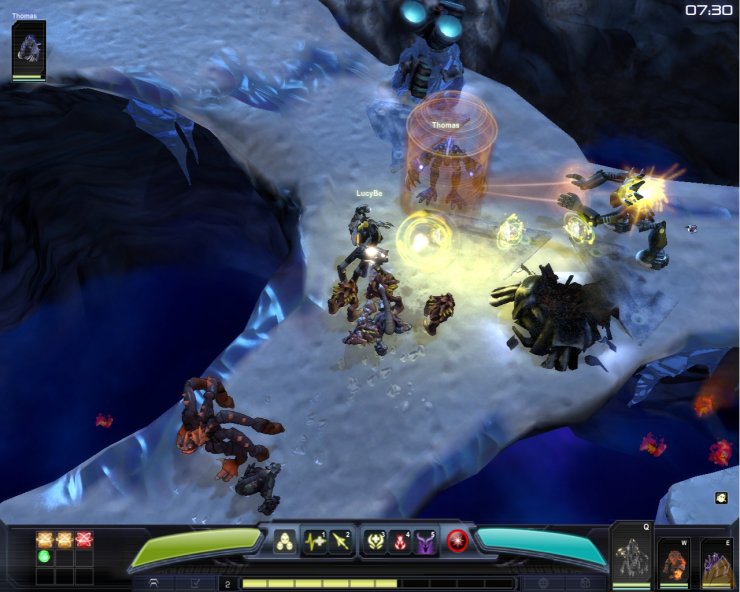 Darkspore has some genuinely neat ideas under its belt, and can be legitimately fun, especially if you play with your friends

More strategy is to be found in the game’s Genesis types. To describe it in a nutshell, think of a heavily simplified Pokemon types system, although it works slightly differently. Each of your characters can have one out of five genesis types. If you battle an enemy that has the same genesis type as you, you get double the damage. It is therefore important yo construct your party properly, taking care to cover all weaknesses, with all the foresight imaginable.

The sad part is, while this game allows you to build a party of up to three characters, you can only control one at a time, which is a bit of a bummer. The upside of this is that you’re literally allowed to switch at will, which means that in effect, you can control any of your characters, just one at a time.

All of this lends itself to some rather remarkable styles of gameplay. The game, which is structured like Diablo, or Magicka, is centered on the concept of defeating monsters and collecting loot, but the sheer act of just killing monsters is more immersive, and therefore more satisfying and by extension more fun, in this game, than in most other similar games. What also adds to the novelty is the game’s rather unique leveling system, which levels up gear and items instead of characters. This actually means that you are free to experiment with unused characters later on in the game, without having to worry about them being underpowered. 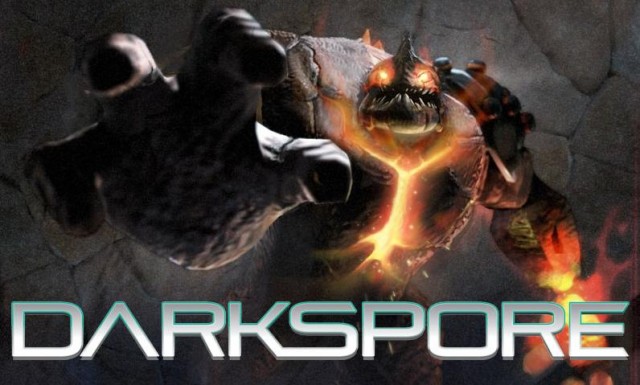 A bit like it’s 2008 namesake, Darkspore falls short of its initial promise, which is rather disappointing.

The good part about the leveling system is that you can chain and combine level ups, which increases your odds to get a rare item. To put it simply, once you’re done with a level, you can either modify your character with the leveled up item immediately, or you can continue without equipping the item, and accumulate combined level ups. This increases your chances of getting a rare item, rewarding your risk of running into a level underpowered with an adequate reward at the end.

Darkspore works pretty well as a single player game, then, although it does get incredibly difficult at time. It is meant to be played co-operatively, and that mostly shows. However, the game runs into problems when playing competitively. Apparently, it has no matchmaking, so you may often find yourself playing against someone who is either unbelievably good, or unbelievably bad, relative to you. It actually totally breaks the multiplayer aspect of thus game, which is a shame, considering that the multiplayer could have made this game stand out.

Darkspore is a great game. It’s just that, as it commands a full retail price, it’s value is significantly reduced. Were it going for a cheap price, like Magicka earlier this year, then I would have recommended this in a heartbeat. However, at full price, this game is a slight rip off. I recommend either waiting for a price drop, and going for alternatives like Torchlight, or at least lowering your expectations if you do buy this game. You’re bound to enjoy it more that way.

Multiplayer is broken, the story fails to gather momentum, fights and events are disconnected, difficulty gets frustrating at times, the game cannot justify its full retail price

Final Verdict:
FAIR
Darkspore is an interesting game- it's loads of fun, in spite of a plethora of glaring issues. If you buy this game, do so at your own risk.
A copy of this game was provided by Developer/Publisher/Distributor/PR Agency for review purposes. Click here to know more about our Reviews Policy.