Posted By Shubhankar Parijat | On 08th, Oct. 2019 Under Article, Interviews

Earlier this year, Capcom gave in to years and years of demands from fans when they released the spectacular remake of Resident Evil 2. But the game certainly took its sweet time to get here, and while we were waiting for it, some decided to take matters into their own hands. Invader Studios initially began working on an unofficial remake of the classic survival horror title, but soon, that grew and evolved into something of its own. Soon Daymare: 1998 wasn’t a fan remake, but an entirely new game, wearing its classic survival horror influences on its sleeve. Shortly before the game’s launch, we sent across a few of our questions to its developers at Invader Studios, hoping to learn more about it and its development process. You can read our interview with Martin Stehlik from Destructive Creations below.

"It’s never easy to try to create something new looking with a touch of the past at the same time. We tried to give the players a new experience connected to the mood or feelings of the great series from the past, while being careful not to make a mere copy or clone of another game. "

Daymare wears it Resident Evil influences on its sleeve- can you talk us through the process of conceptualizing the game in its early stages, and the balance you sought to strike between homage and something new?

It’s never easy to try to create something new looking with a touch of the past at the same time. We tried to give the players a new experience connected to the mood or feelings of the great series from the past, while being careful not to make a mere copy or clone of another game. What we wanted with Daymare: 1998 was to tell a story, our story, in a world of nostalgia that could mix the feelings we had as players in the 90s with something that came up from our creativity. A sort of mixture of the present and the past.

Not too long ago, Capcom released the Resident Evil 2 Remake – was there anything in that game that you looked at and went, “hey, we’re doing that exact same thing!”

Yeah there are several video on YouTube, made by fans, that show a comparison between our unofficial remake and the official one. It’s easy to see that some of the ideas we have had about mechanics, HUD and environments have been used by Capcom for the final version. Of course, Capcom improved them and added new ones to develop an absolute masterpiece.

Horror games sometimes struggle to strike the right balance between action and horror. Where does Daymare: 1998 fall on that scale?

It’s more horror and exploration than action. We love to put the player in hard situations against enemies that are hard to kill and with just a handfull of ammo or weapons, but at the same time, we want to put him in an immersive world, tell him a dark story that he finds out about through the eyes of three main characters. Jump scares are common in our game, but the player will probably be more scared in the moments when the enemies are not shown than while he’s fighting them. Two different kinds of horror then.

As far as the multiple PoVs of the game are concerned, can you talk to us how these will interact with each other and shape the game’s narrative?

They are not aware of what he’s happening just like the player. And for this reason, it will be more interesting and immersive for the player, because he’s investigating and finding out the truth with from three different angles. The player can figuratively put on the three different characters’ clothes at different times and live the story through their eyes. 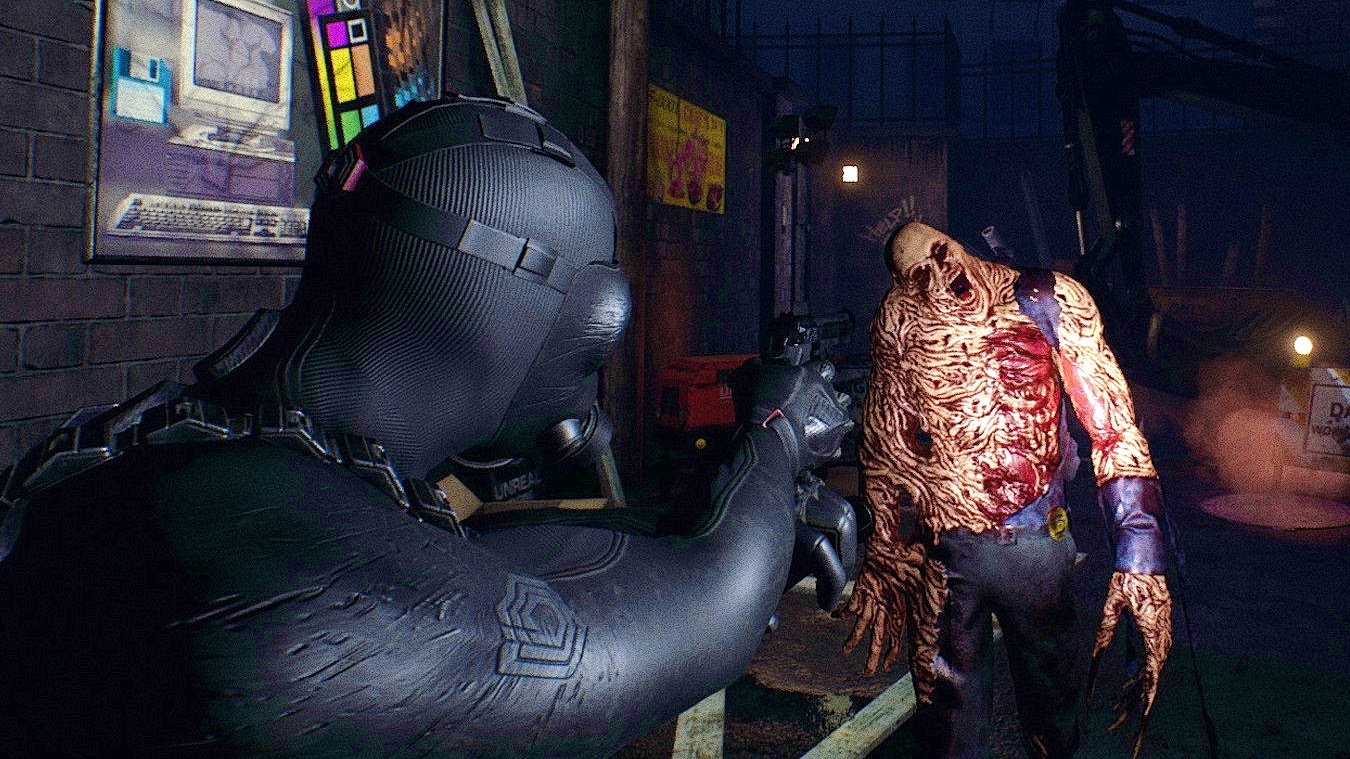 "Daymare: 1998 is a single-player story-driven survival horror game, and for this reason, we focused on the main campaign only. For the future, who knows."

Do the characters differ from each other significantly in terms of how they play as well? For instance, are certain areas or weapons exclusive to any of the characters?

Yes. They have different weapons although they’re of the same weapon classes. They move through different locations, but sometimes the paths cross each other. Compared to the other two, the most interesting is Samuel for sure, because he’s also affected by mental illness, called “Daymare Syndrome” which brings him into states of hallucinations and paranoia that the player can see and feel.

What can players expect from the game in terms of enemy variety and boss fights?

There are several enemy classes. The classic zombie-like creatures are the basic enemies, then there are three different mid-bosses with different routines and weak points and then the hardest one, the traditional final boss.

Does Daymare: 1998 offer any sort of multiplayer modes?

No. Daymare: 1998 is a single-player story-driven survival horror game, and for this reason, we focused on the main campaign only. For the future, who knows.

Roughly how long will an average playthrough of Daymare: 1998 be?

Most of the players took more than 8 hours to complete the game, at the best. Finding collectibles, files and secrets Easter eggs hidden in the game can of course make the game much longer. Also, playing or re-playing on the suggested “Daymare” difficulty mode can add some time as deaths will be more likely.

Why not. We’ll see if we’ll have the chance to take it to Switch in the future.

Will the game feature Xbox One X and PS4 Pro-specific enhancements? Is 4K/60fps on the cards?

We can’t say anything about that at the moment since we are still working on it.

Our game has many loading points, so probably yes, the performance could be significantly improved. 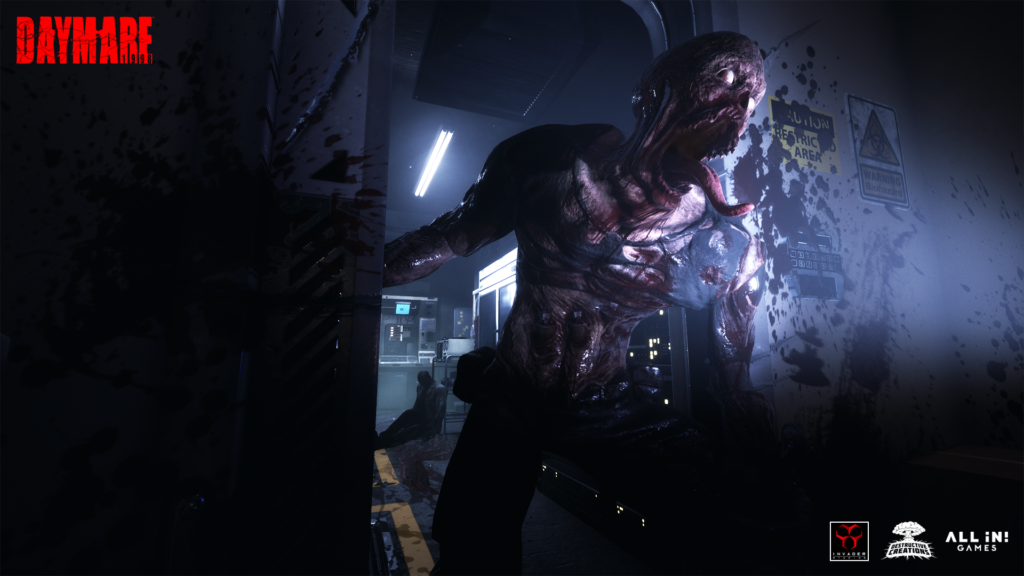 "Memory has always been a bottleneck for console. Have more memory and more efficiency could mean a big improvement for the developers."

More power means better games. We cannot wait to work with this console.

Memory has always been a bottleneck for console. Have more memory and more efficiency could mean a big improvement for the developers.

Having the chance to play PS4 games on PS5 could be a big plus for us since the players can play our game also on the next gen console.

Tagged With: All In! Games, Destructive Creations, invader studios, pc, ps4, Xbox One