Dead or Alive 5: Last Round Review – DLC or Alive

Come on, Dead or Alive. You’re better than this.

Posted By Will Borger | On 23rd, Mar. 2015 Under Article, Reviews | Follow This Author @will_borger

When I reviewed Dead or Alive 5 Ultimate in 2013, I wrote about the series’ reputation; about how the focus on breast physics, the untrue allegations of a shallow fighting system, and the unnecessary beach volleyball games have brought a fairly large amount of criticism and derision upon what is a great fighting game franchise. I argued that the series shouldn’t be judged on the amount of fanservice it provides, but rather on its varied fighters, excellent mechanics, and the ability to balance a pick up and play mentality with technical depth. Dead or Alive 5 Ultimate, which had toned down the series’ questionable elements significantly without sacrificing its identity or its mechanics, was the perfect game to validate my claims.

Initially, Last Round seems like your standard, innocuous fighting game update. It takes all of the content that’s been added to the game, from the original all the way through Ultimate (including the DLC), bundles it together, adds some new extras, like costumes, characters, and stages, throws in a few cosmetic enhancements, and calls it a day. As you’d expect, that means that the sheer amount of content on offer in Last Round is incredibly impressive. The two new characters bring the total roster to 34, a series high, and the addition of the DLC costumes from the previous titles bring the total number of outfits to 400, according to Tecmo. I’ll take their word for it. I wasn’t going to stand there and count them. 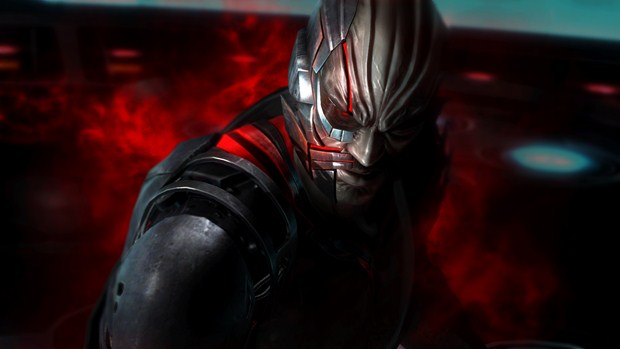 "The game’s other visual addition are the new costumes. Some of the new costumes look cool and fit the characters they correspond to, while others are there for plot purposes. The rest, however, are fanservice. There’s really no way to put it.

Normally, I’d be the first to praise this sort of thing, because new content and balance updates are the best way to keep a fighting game interesting over the long term, and Last Round even has the common sense to include costumes that were previously DLC free of charge (Yes, Capcom, I’m looking at you).

There are even graphical updates. The power of the new consoles means that the game runs in 1080p and 60 FPS, but the biggest change comes in the form of the Soft Engine, which utilizes the power of the PS4 and the Xbox One to enhance the game physics engine and make the characters’ skin look more realistic. If you’re surprised don’t be. This is Dead or Alive. The game has always featured good looking characters, and Last Round goes a little further with minor enhancements, though it should be noted that the game largely looks the same overall, which is to say “damn good.”

The game’s other visual addition are the new costumes. Some of the new costumes look cool and fit the characters they correspond to, while others are there for plot purposes. The rest, however, are fanservice. There’s really no way to put it. Sure, the male characters have some bathing suits, but the majority of the new costumes focus on the female characters. In fact, the first character I fought in Last Round’s arcade mode was a woman in a bikini and heels. That should give you some idea of what I mean here. The sheer number of additions, in addition to the Soft Engine, make it pretty apparent where Team Ninja’s focus was this time around, but again, I suppose we shouldn’t be surprised. This is Dead or Alive. 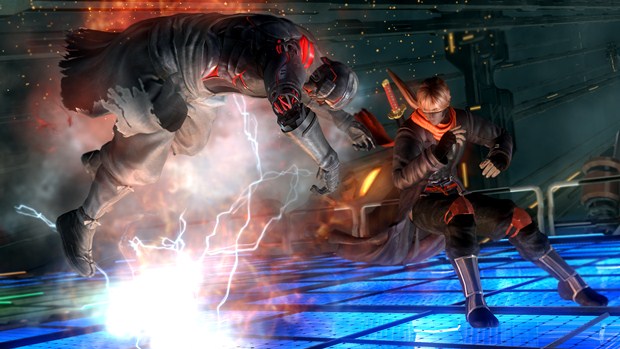 "The game’s core mechanics, still built around punches, kicks, throws, and holds, are still extremely enjoyable and provide a lot of meaty gameplay to chew through.

To Team Ninja’s credit, they didn’t skimp on variety. Last Round has it all: nurse costumes, police uniforms, shirt, maid outfits, schoolgirl outfits, gym clothes, bunny costumes; you name it, they got it. You can also choose a character’s hair style and whether or not they wear glasses (I’m talking about librarian Bayonetta glasses, here).

Then there are the Private Paradise videos, which can be purchased. These allow you to look at any of the game’s ladies on a private beach, wearing any of the costumes you own, and take pictures of the action, if that’s your thing. As you might’ve imagined, there’s no gameplay in this mode, which given Team Ninja’s efforts on this particular update, shouldn’t really surprise anyone.

All of this, the costumes and the videos, are spread out over a ridiculous amount of DLC, even if you opt for the full version of Last Round, and not the free Core Fighters edition. All told, there’s more than 300 pieces of DLC here, ranging from the $1.99 Private Paradise videos to costume packs that range anywhere from $14.99 to $27.99. The Season Pass (and the Ultimate Costume set) cost $92 apiece. Chew on that for a second. It’s staggering. 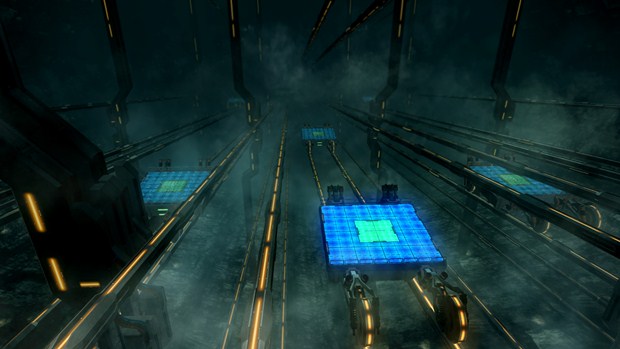 " If you’ve never played Dead or Alive 5 before, Last Round is a good deal at $40, though you should probably give the free Core Fighters version a spin before parting with your cash.

This focus on skin, beach photo shoots, and dress-up aside, however, Last Round is still a fighting game, and a good one at that. The game’s core mechanics, still built around punches, kicks, throws, and holds, are still extremely enjoyable and provide a lot of meaty gameplay to chew through. Matches are still fast paced, and the ebb and flow of the game, which relies on trading attacks and counterattacks, is still extremely satisfying. The story mode is still impressive and well put together, the tutorial is still among the best in the genre, and online play still works very well. In all, it’s a great fighting game, even if the game’s new focus isn’t really on the fighting. Still, there is a great deal of pleasure to be found inside of Last Round’s game systems, especially for those with the time and dedication to master them.

It’s a real shame that the game is saddled with what is, at this time, a poor port, at least on the Xbox One. I’ve had the game crash on me in the middle of matches more than a few times, and that’s not counting the fact that everything on screen can freeze for a split second when something particularly intense happens. The game’s FAQ even takes time to warn players about certain bugs, which can be triggered by doing something as simple as completing a mission in the tutorial mode, and Team Ninja has even gone so far as to implement a code that unlocks pretty much everything to help those who have lost their saves to unexpected errors. Perhaps the PS4 version fares better in this regard, but without having played it, I can’t say for certain.

Technical hiccups and fanservice aside, however, Last Round is probably the best version of Dead or Alive 5 just because of how much of it there is. The things that made the original game (and Ultimate) good are still here, plus some new things, too. If you’ve never played Dead or Alive 5 before, Last Round is a good deal at $40, though you should probably give the free Core Fighters version a spin before parting with your cash. 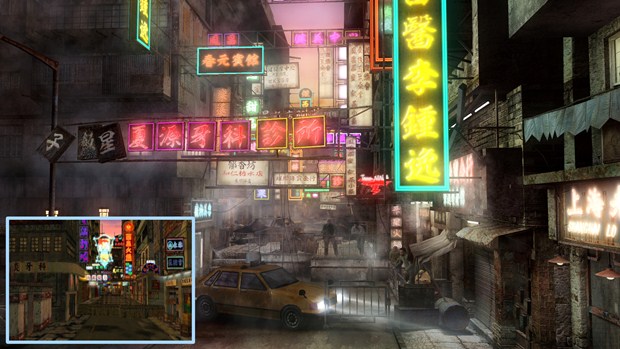 "Last Round is really for the diehard fans, and it’s hard to knock Team Ninja for delivering more of what was already a great game, even if the additions to tend to be in the form of fanservice.

Those who already own a version of Dead or Alive 5 might find the upgrade a little harder to swallow, however, especially if they’re not a fan of the nature of the new additions. Last Round is really for the diehard fans, and it’s hard to knock Team Ninja for delivering more of what was already a great game, even if the additions to tend to be in the form of fanservice.

Yes, there’s a great game under all that fanservice, even with the technical issues, which will hopefully be ironed out. And it’s not like anyone is forcing you to watch the Private Paradise videos, no matter how much you might wish they weren’t there. Still, it is more than a little disappointing that a game that managed to move away from this sort of thing eventually ended up being consumed by it.

Fantastic fighting engine. Tons of content and lots of things to unlock. Great story mode. Excellent graphics and sound design. One of the best training modes in the genre. Excellent online play. Budget pricing. Lots of new content that’s only available in Last Round. Upgraded visuals.

Frustrating difficulty spikes in some modes. The sheer, blatant fanservice will no doubt turn some people off. The Xbox One version currently suffers from a number of technical issues.

Frustrating difficulty spikes in some modes. The sheer, blatant fanservice will no doubt turn some people off. The Xbox One version currently suffers from a number of technical issues.

A copy of this game was provided by developer/publisher for review purposes. Click here to know more about our Reviews Policy.
Tagged With: Dead or Alive 5: Last Round, ps3, ps4, Team Ninja, Tecmo Keoi, xbox 360, Xbox One