Dead or Alive 5 Plus Review

Great fighting port with a little lack of quality visuals.

ead or Alive is a fighting series that is a fighting series that is known for good graphics and most of all good core fighting mechanics. Dead or Alive 5 is the 5th main game in the series, however, Dead or Alive 5+ is a well-done port that adds exclusive additions such as training +, touch fight mode, portability, more costumes and quicker load times. At its core, it is a fighting game with a somewhat interesting story mode, 24 characters to play with and cross-play features. In this review, I will cover the core gameplay, graphics and its overall appeal. 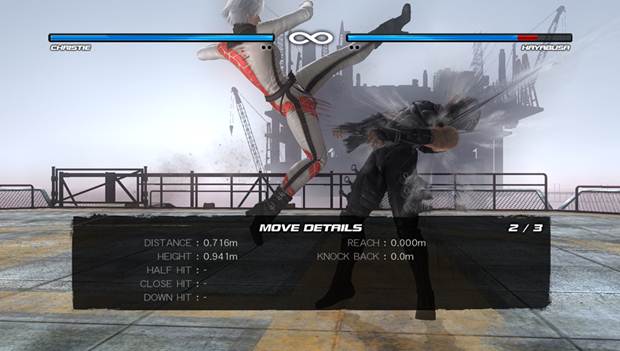 Dead or Alive 5+ continues the trend as it always did with the previous titles from the series. The core fighting system of the series is the countering system. A skilled player can easily counter any opponent’s move and punish them in return, that is how most Dead or Alive games are played all throughout.  The gameplay is fast-paced and the fighting always feels fluid and fun. I don’t really have that many complains about its gameplay system, if you enjoyed previous Dead or Alive games then you will enjoy this one just as much and you will know what to expect.

Dead or Alive 5+ introduces environments that have something called “Danger Zones”. If the player manages to combo their opponent into a danger zone, they will trigger a cool dynamic environment change. These environmental changes add a nice cinematic feel throughout the fight and add tension to the game. The game also has an option to turn on/off the danger zone, which is nice if you just want to play traditionally.

The game features a somewhat lengthy story mode that feels overall cheesy and obnoxious most of the time. With a ton of in-game cut-scenes, it is nice to see developers trying to have an interesting story in a fighting game, but to be completely honest; I could care less about the story. I am more interested in beating the crap out of my opponents in single-player campaign to unlock new outfits, play against other players online or try to beat my friends in a versus match. 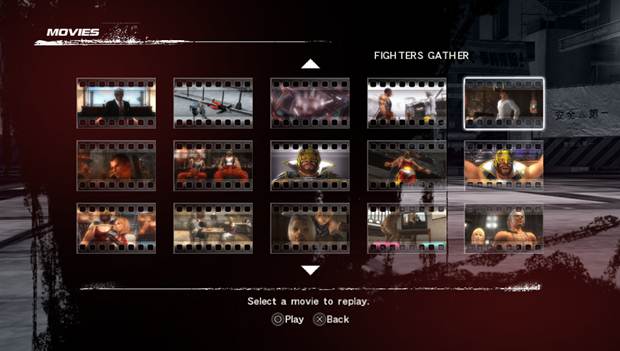 The touch fight mode is an interesting addition for the PS’s Vita touch capabilities. As the name implies this mode will take you in first-person, perspective and you can start swiping and tapping your fingers on the screen to deal damage to your opponent. The touch fight mode feels gimmicky while an interesting concept, it does not really work that well and just feels kind of cheap and dodgy. I tried this mode a couple of times and just could not get into it, maybe someone else will find a better way to implement touch mechanics in the future.

Training + mode is much better than the original console version and the addition of combo trials is awesome. If you are trying to practice and perfect your counter-moves and learn your character’s frame-date then Training + is the place to do it.

Dead or Alive 5+ does have cross-Save and Cross-Play features. With Cross-Play, you can play against PlayStation 3 players on your PlayStationVita and vice versa. Cross-Save let’s you save your game content/progress across both systems without a hassle. However, the game does not support Cross-Buy unfortunately, but if you buy DLC for one version, the other version gets it too.

The graphics of the game suffers a little bit because the developer tried to achieve a smooth buttery frame-rate of 60 FPS. Lack of Anti-Aliasing and lower-resolution textures are noticeable, but the game still looks good for a handheld system. The 60 FPS really make up for the small compromises of the console graphics, but I personally think they still could have achieved higher resolution textures and had a better-looking port. However, since the core of the port is good then I cannot really complain much.

The game provides both English and Japanese voice-overs for all of the characters, the soundtrack fits the game well and all of the sound design is well done. The Dead or Alive 5 + version also adds the ability to completely change the music suite to your liking. 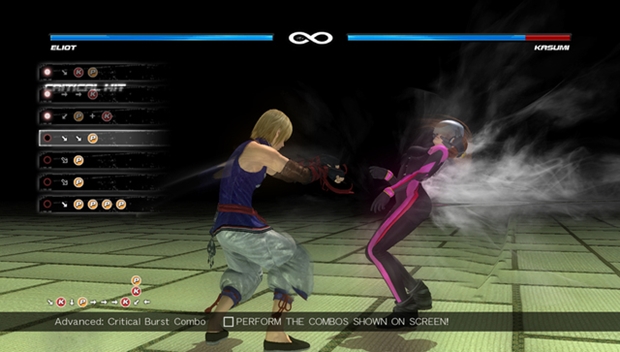 Touch fight is gimmicky, dumped down textures and lack of anti-aliasing, no cross-buy.

Final Verdict:
SUPERB
Dead or Alive 5+ is a great fighting port, but the dumped down textures and lack of anti-aliasing is a bit disappointing considering how powerful the PlayStation Vita is.
A copy of this game was provided by Developer/Publisher/Distributor/PR Agency for review purposes. Click here to know more about our Reviews Policy.