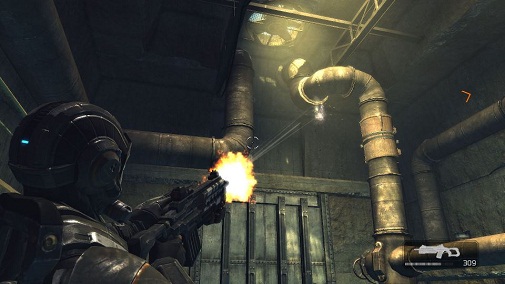 This is a time where there is intense competition among developers, and the bar for quality is raised very often. So Biart Company, the developers of Deep Black: Reloaded have tried to something interesting here. The entire game is set underwater (almost). While this allows for plenty of innovative gameplay mechanics, this game manages to squander it royally. It looks like a generic Unreal Engine game, although, it’s not made on that engine.

I admit I liked the game but it’s really hard to ignore all the frustrating gameplay mechanics that can ruin your immersion from time to time. There’s fun to be had here, definitely, but it’s extremely inconsistent. Visually, it looks good, and features some extra graphical settings for the PC (most game developers have forgotten what that is, eh?). There’s not much scope for here when you consider most of the game is set underwater, but still, Biart could have encouraged their art team a bit here, i.e., if they even have one.

I’m not really in an extremely critical mood right now, and I knew what I was getting into when I heard of this game – so some of the minor annoyances were not that much of a hindrance. This isn’t a big budget shooter, so it sort of seems pointless comparing it to one. Yeah, I’m talking about Gears of War, because this game will remind you a lot of it. Unlike Gears, the controls here aren’t as responsive as I would have liked, but eh, as I mentioned earlier, my threshold for tolerating rubbish was quite decent when playing this game! Just a little heads up here. 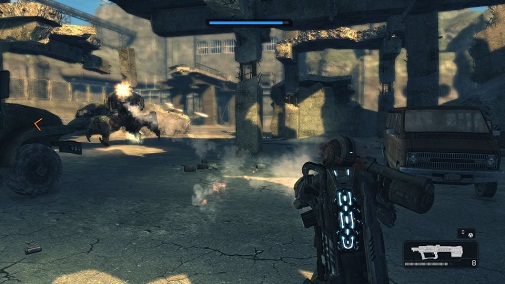 Speaking of rubbish, the voice acting is hilarious. I mean the writing itself isn’t that good, but the voice actors they have employed can easily put a C grade Japanese game to shame – but at least the Japanese games can nail the gameplay part well. Here you will take way too much damage, and have to play carefully. Dying isn’t advisable because you have to replay plenty of sections again. I absolutely hate that when it happens, especially after coming from Mass Effect 3 – which had a glorious checkpoint system. I know I’m again comparing this with big budget games, but you don’t need million dollars to implement a good checkpoint system.

The lighting in this game is nice, and you can count on Russian developers to deliver the goods tech wise. One of the most annoying this are the QTE mechanics. When you fail to shoot a drone, it will come closer to you and engage in a time wasting QTE, which is so pointless I have no idea why the devs even thought it was something worthwhile. The pacing here isn’t that great with such minor annoying things stalling the game from time to time.

There is a cover system here, which is quite nicely implemented but all games do that nowadays, don’t they? The reason I am talking about the cover system is because there is nothing else in the game except the multi- oh yeah, multiplayer. You can play Team Deathmatch games and the developers have given you five maps for that. Not much, really. Nothing remarkable about this maps – the level design or anything. It’s just there, for the sake of boosting the content in the game. Which isn’t a bad practice though – boosting your game with content is actually a good thing, but at least with some sort of effort put behind it. 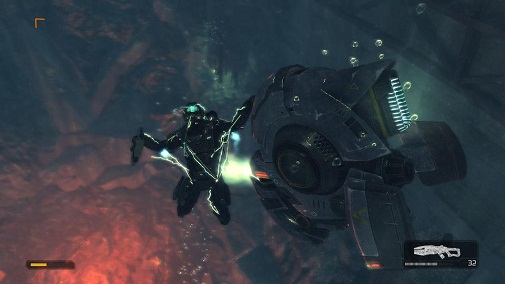 I wouldn’t recommend this game at its current pricing. I’ll say that bluntly. In fact, the game is a lot more worse than what I said in the review. It’s just that, nitpicking this game into oblivion doesn’t make sense to me. It’s an obscure Russian dev, along with limited budget and the main thing here is that – you’ve got a Gears of War clone which is largely set underwater. Simple as that.

The game can be fun sometimes. The visual effects are great.

Generic. Pacing is inconsistent, along with the visuals. Voice-overs are hilarious.

Final Verdict:
MEDIOCRE
It's an obscure Russian dev, along with limited budget and the main thing here is that - you've got a Gears of War clone which is largely set underwater. Simple as that.
A copy of this game was provided by Developer/Publisher/Distributor/PR Agency for review purposes. Click here to know more about our Reviews Policy.